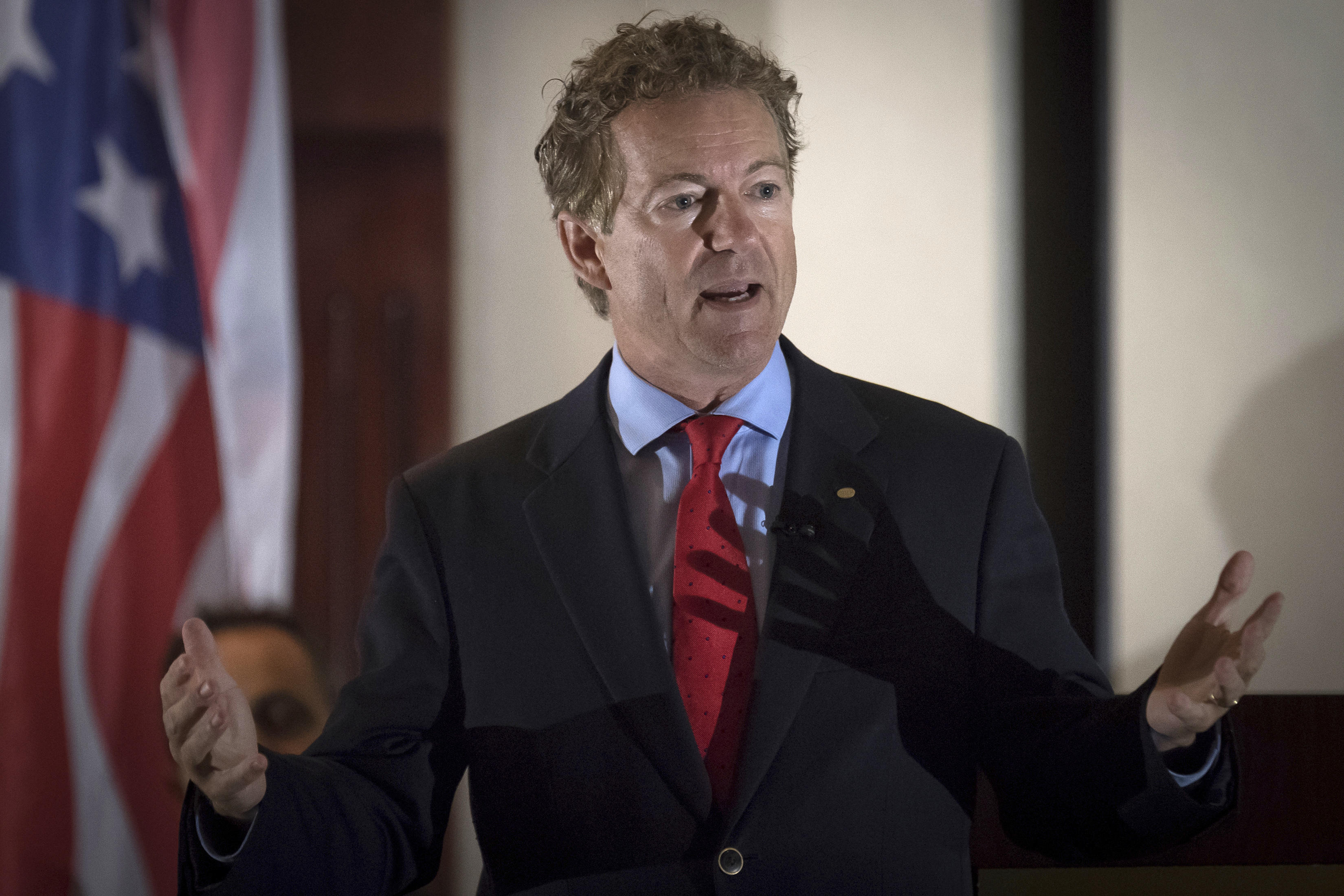 There is a little more information about the attack on Sen. Rand Paul, who is recovering Sunday from five broken ribs after he was tackled from behind by neighbor, Rene Boucher at the senator's Kentucky home.

Boucher's attorney told CBS News in a statement that the "unfortunate occurrence of November 3rd has absolutely nothing to do with either's politics or political agendas. It was a very regrettable dispute between two neighbors over a matter that most people would regard as trivial."

The statement did not further describe what precipitated the attack, however. It did note that Boucher and Paul have been next-door neighbors for 17 years, and said that the two, both physicians, had worked together when they were both practicing. "We sincerely hope that Senator Paul is doing well and that these two gentlemen can get back to being neighbors as quickly as possible."

It isn't clear when Paul will return to work since he is in considerable pain and is having difficulty getting around. Flying is also off limits for the time being. Senior Adviser Doug Stafford said this type of injury is marked by severe pain that can last for weeks to months.

According to the arrest warrant, Boucher "unlawfully and intentionally caused physical injury and pain to the victim." Paul told police that his neighbor, Boucher, came onto his property and "tackled him from behind, forcing him to the ground and causing pain." Paul had injuries to his face, "including small cuts to the nose and mouth area," and he was having trouble breathing "due to a potential rib injury." (At the time of the report, the extent of the injury was not yet known)

Released on $7,500 in bail, Boucher, who was charged with misdemeanor fourth-degree assault, was ordered not to contact Paul or his family, and he is to stay 1,000 feet away, unless he's in his home (200 feet away). He's also banned from possessing firearms or weapons of any kind.

Stafford said Paul had three displaced fractures, which can lead to life-threatening injuries, as well as lung contusions. Paul and his wife, Kelley, "appreciate everyone's thoughts and well wishes and he will be back fighting for liberty in the Senate soon," Stafford said.

The attack was a shock for the community in Bowling Green, where a neighbor says he would often see Paul and Boucher out walking their dogs on the normally quiet streets. Jim Skaggs, a member of the state Republican Party executive committee, lives in the neighborhood and has known both men for years. He said they disagreed politically, but was shocked to hear of the incident.

"They were as far left and right as you can be," Skaggs said. "We had heard of no friction whatsoever other than they just were difference of political opinion. Both of them walked their little dogs at about a mile and a half circle, a nice little dog trot. I'd see them out walking, maybe they might stop and speak with each other."

Boucher is an anesthesiologist and a pain specialist. He invented the "Therm-A-Vest," a cloth vest partially filled with rice that when heated can be worn to relieve back pain, according to a 2005 article from the Bowling Green Daily News.