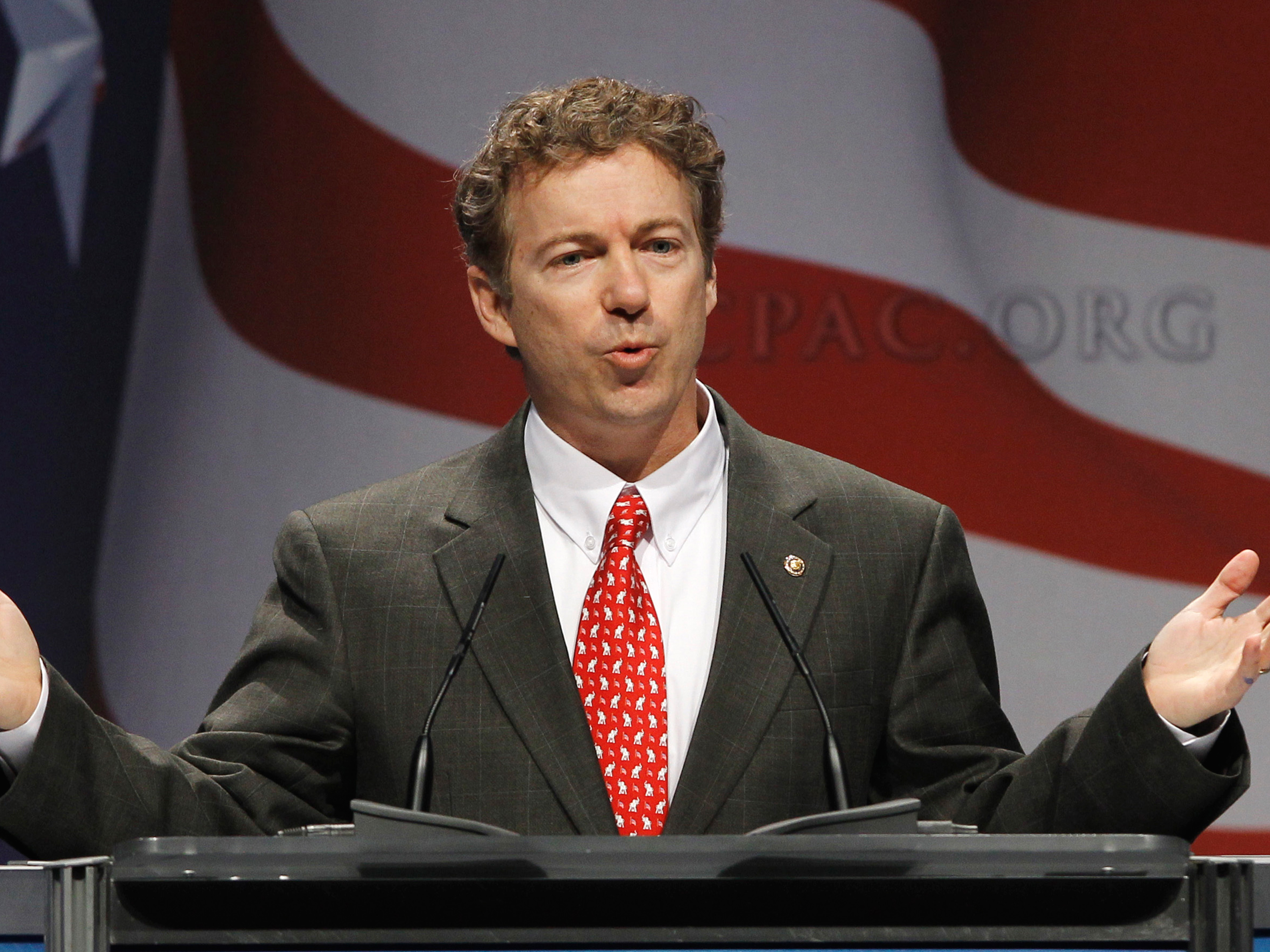 Republican Rep. Ron Paul of Texas, the iconic libertarian who made a splash in the 2008 Republican presidential primary, has entertained speculation about another presidential bid. It turns out, however, that the 2012 libertarian candidate may, in fact, be his son Rand.

Kentucky Sen. Rand Paul, fresh off his Tea Party-backed 2010 Senate victory, is traveling to various key primary states to test the waters for a potential presidential bid. The only sure thing that would keep him out of the race would be his father's candidacy.

"I wouldn't say it's the most likely thing in the world, but he's keeping it on the table," a Paul family adviser tells Hotsheet. "His dad is likely to go ahead and do it. And if his dad doesn't do it, it seems like there would be a dearth of candidates out there who are serious about taking on problems."

The adviser added, "There's better than a 50/50 chance that there will be a Paul in this race."

Rand Paul made a stop in Charleston, South Carolina on Monday to talk about his potential candidacy, along with issues key to his libertarian base such as the national debt and the United States' military actions in Libya, the Post and Courier reports.

He has plans to visit Iowa and New Hampshire, two other early-nominating states, later this week, his adviser says.

"The only decision I've made is I won't run against my dad," Paul said in Charleston. "I want the Tea Party to have an influence over who the nominee is in 2012."

If either Ron or Rand Paul were to jump into the race, it's likely that they'd have to do so within next two months or so -- along with just about the rest of the 2012 GOP field. So far, former Minnesota Gov. Tim Pawlenty is the only high-profile candidate to announce he'll be forming a presidential exploratory committee -- the first step in formally becoming a candidate. With Republican presidential debates starting in May, however, the rest of the potential candidates will face increasing pressure to get in or out.

Given the rest of the potential field, there certainly appears to be room for a libertarian, Tea Party-esque candidate. A Tea Party-aligned contingent of Republicans are speaking out against the war in Afghanistan, while some Republicans have also voiced concerns about the U.S. military operations in Libya. Yet Pawlenty and former Massachusetts Gov. Mitt Romney, another presumed 2012 contender, have said President Obama should have acted faster in Libya. Meanwhile, Ron Paul's brand of libertarianism continues to prove its appeal among some groups.

Other libertarians, namely former New Mexico Gov. Gary Johnson, are seeking to claim the mantle of the libertarian candidate, but the Pauls could overshadow other candidates with the strong grassroots network they've developed through their "Campaign for Liberty" political action committee.