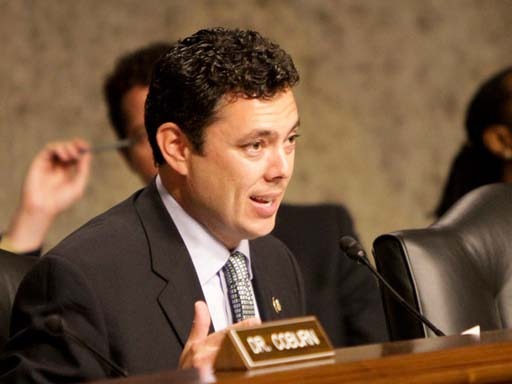 It may have been Rep. Dennis Kucinich (D-Ohio), one of the most liberal members of Congress, who started the debate in the House over the ongoing war in Afghanistan Thursday -- but it was the new GOP majority that framed the discussion.

Kucinich's resolution, which would have directed President Obama to end the war by the end of this year, failed in the House by a vote of 321 to 93. Eight Republicans joined 85 Democrats in supporting the measure, and one Republican voted "present." Last year, a similar resolution from Kucinich won just 65 votes, including five from Republicans.

The vote showed that the vast majority of House Republicans still support the war. Still, the discussion over major points of contention today -- such whether the cost of the war is worth it, or whether it's necessary for U.S. security -- took place largely between Republicans in favor of the war and the growing GOP contingent questioning operations in Afghanistan.

Rep. Ileana Ros-Lehtinen (R-Fla.), who led Republicans on the House floor in defending the war, said "completing our mission in Afghanistan is essential to keeping our homeland safe." She added that to leave "before we finish the job is to pave the way for the next 9/11."

Leaving Afghanistan now, she said, would provide al Qaeda with "a sanctuary from which they could mount fresh strikes at the west with virtual immunity."

"I reject the notion that bringing our troops home at some point, which I consider to be victory, is paving a pathway to another 9/11," he said. "I think that's offensive, and I think that's inaccurate."

Chaffetz charged that President Obama, along with other leaders in Washington, has failed to fully commit to the war.

"Until this president attends more funerals than he does rounds of golf, this person will be highly offended," he said. "If we send our troops to war, we go with everything we have; we do not hold back. But at the present time, we are playing politics... We're trying to be more politically correct instead of actually protecting American lives."

Chaffetz choked up as he spoke of meeting with the families of veterans who "want to end the war in Afghanistan."

Conservatives in favor of the war alluded to military families as well. One was Rep. Duncan Hunter (R-Calif.), a veteran of both the Iraq war and the Afghanistan war.

"If you want to talk to a family that's been impacted by three deployments... feel free to talk to my family," he said. The burden of fighting has fallen to less than 2 percent of Americans, he said, including his own.

The fight is necessary, however, because "every American, radicalized Muslims want to murder," he said.

Rep. Roscoe Bartlett, a Republican from Maryland, argued that the United States must remain in Afghanistan to preserve the nation's credibility around the world. Meanwhile, Rep. Ron Paul, the libertarian-leaning Republican from Texas, questioned how many more dollars must be spent and how many more lives lost in order to "save face."

Even the Democrats who spoke out against the war framed their arguments within the Republican-driven context of spending cuts.

By ending the war, "we can trim the federal budget of more than $100 billion in out of control spending," Kucinich said. "Are we willing to spend another trillion dollars on a war for which there isn't any exit plan? Where we haven't defined our mission?"

"When you guys say deficit and debt, we're going to say Afghanistan," Filner said to his Republican colleagues.

Rep. Steve Chabot (R-Ohio) countered that at issue is not a question of whether the U.S. can afford the war. "It's a matter of whether we can afford not to," he said.

Rep. Mike Rogers (R-Mich.) added that the cost of another terrorist attack would be far greater.

"The trillion-plus dollars that 9/11 has cost us just in economic loss -- that's why they're there," he said.

The debate around the war comes as some Republican leaders, including potential 2012 presidential candidates, are questioning the resources the U.S. is dedicating to Afghanistan. Army Gen. David Petraeus, the top U.S. commander in Afghanistan, has been on Capitol Hill this week telling Congress the U.S. is making significant" but "fragile" progress there.