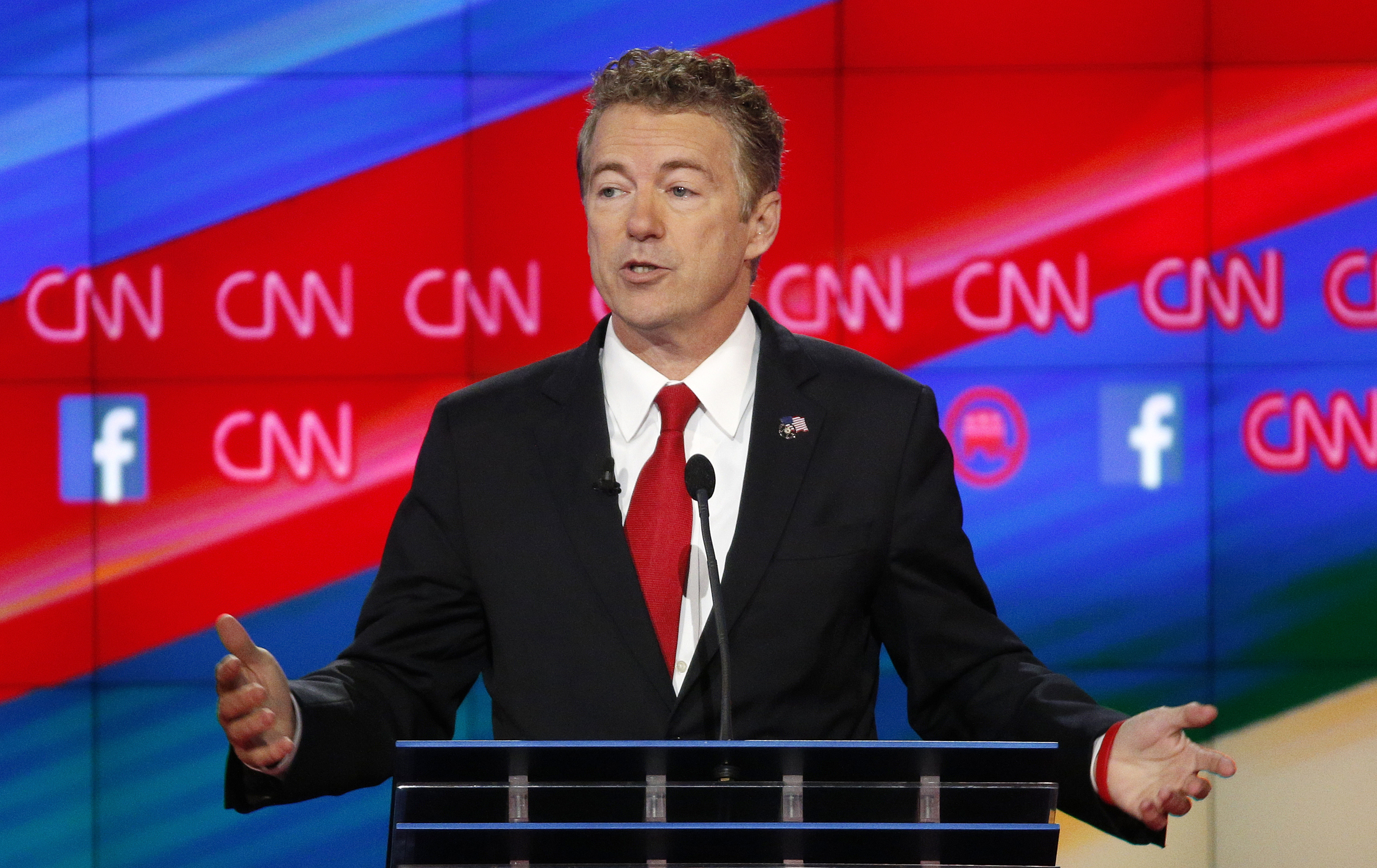 Rand Paul doesn't know whether Ted Cruz meets the citizenship requirements for the presidency, but he offered another suggestion for the Texas senator.

"I think without question he is qualified and would make the cut to be prime minister of Canada. Absolutely, without question," Paul deadpanned Wednesday about his Canadian-born rival during a Fox News Radio interview.

"I'm not an expert on the natural-born clause in the Constitution and people have various opinions," he added. "And we've had some previous cases of it, but I don't think we've ever gone through the court system for the Supreme Court to decide one way or another."

Earlier this week, GOP front-runner Donald Trump suggested that questions over Cruz's eligibility for the Oval Office could pose a "big problem" for the Texas Republican.

Cruz's mother was born in Delaware and was an American citizen; Cruz's father is Cuban.

When asked about the issue by Fox News Radio's "Kilmeade and Friends" program, Paul conceded that it could be a legal concern.

"We live in a really litigious world and it is a concern that people will sue him over not being born in this country," he said.

"It's never been adjudicated before," Paul added. "I think this will begin the discussion of it."

Paul also pointed out the "double standard" of some when going after President Obama over his birthplace versus the anger over Cruz.

"People went out hot and heavy -- including Donald Trump, you know -- about President Obama when there was really nothing more than conjecture that he wasn't born in the country," he said. "And yet, there hasn't been really the same outrage at all for someone who actually is born in another country."

In 2013, Paul held a different view on the "birther" question, telling CNN in an interview that he would not question Cruz's eligibility should he decide to run for president.

Other Republicans have questioned Cruz's eligibility for the White House, including 2008 GOP nominee John McCain.

"I know that came up in my race because I was born in Panama, but I was born in the Canal Zone which is a territory. Barry Goldwater was born in Arizona when it was territory when he ran in 1964," the Arizona senator told a Phoenix radio station Wednesday. "That's different from being born on foreign soil. I think there is a question. I'm not a constitutional scholar on that, but I think it's worth looking into. I don't think it's illegitimate to look into it."