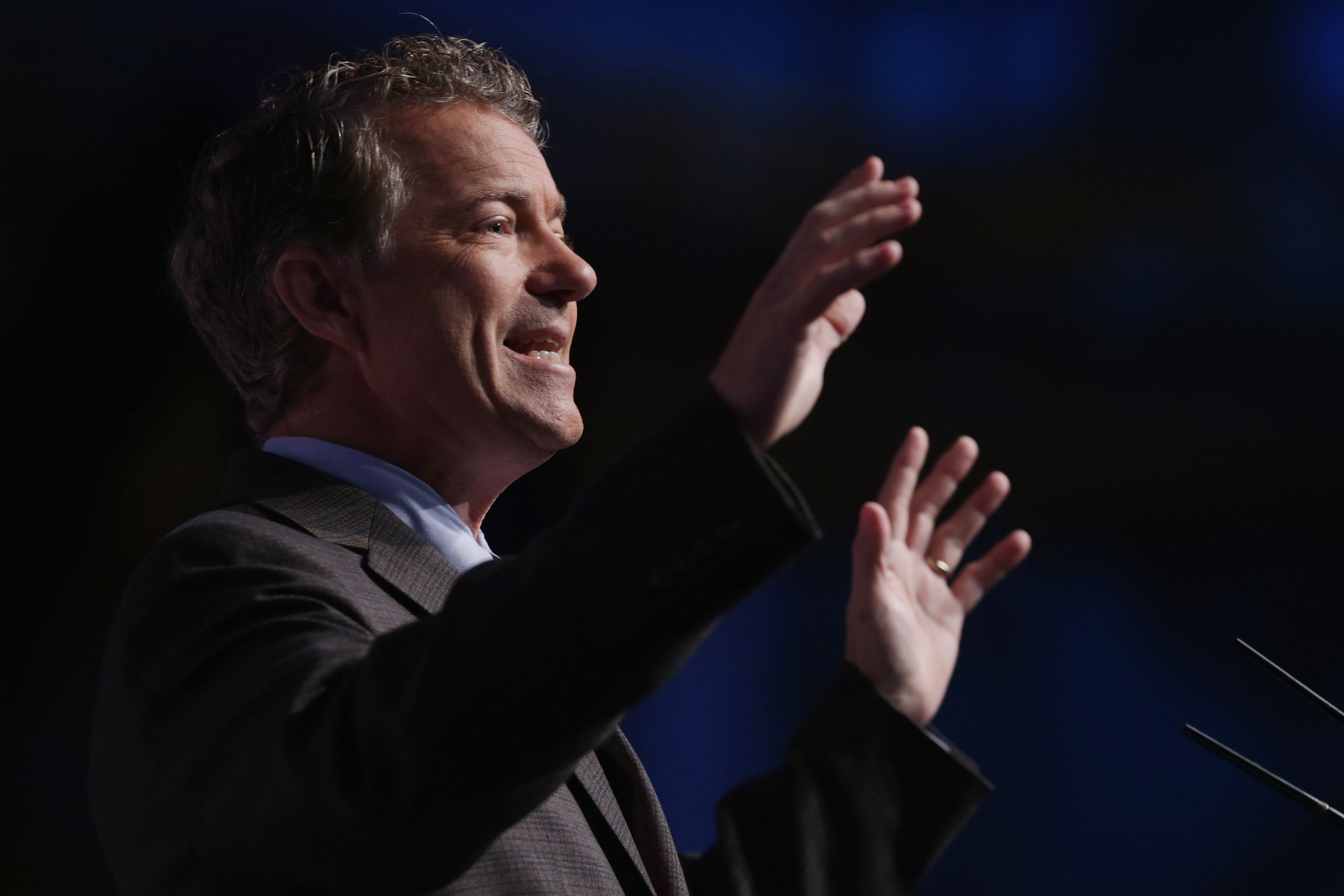 Sen. Rand Paul, R-Ky., offered some bipartisan backup to President Obama on the subject of Iraq Sunday, saying many critics who blame the president for the ferocious Islamist insurgency there, like former Vice President Dick Cheney, should take a look in the mirror.

"I don't blame President Obama," Paul told NBC News. "Has he really got the solution? Maybe there is no solution."

Paul said those who have questioned the president's approach to the recent surge in violence should ask the same questions of those who supported the 2003 invasion of Iraq: "Were they right in their predictions? Were there weapons of mass destruction there? Was the war won in 2005, when many of those people said it was won?"

"They didn't, really, I think understand the civil war that would break out," Paul said.

Cheney and other conservative hawks have been relentless in their criticism of the president in recent days, saying Mr. Obama invited the chaos in Iraq by withdrawing all of America's troops in 2011 and that he's failing to stop it now by dithering and dissembling in his public response.

"Rarely has a U.S. president been so wrong about so much at the expense of so many," wrote the former vice president in an op-ed for the Wall Street Journal this week. "Too many times to count, Mr. Obama has told us he is 'ending' the wars in Iraq and Afghanistan -- as though wishing made it so. His rhetoric has now come crashing into reality...he abandoned Iraq and we are watching American defeat snatched from the jaws of victory."

But the response -- from Paul and other critics of the 2003 invasion who preach caution in response to the recent violence -- has been equally loud and clear: You're kidding, right?

"That is sick, when you really look back at the record," Sen. Barbara Boxer, D-Calif., said of Cheney's criticism Sunday on "Face the Nation."

"The fact is, what we're seeing now is an outgrowth of that bad policy the neocons got us in, that crowd, on false pretense that said, go in there. And, as a result, ISIS was born. Let's face that fact," she continued. "It was Vice President Cheney and Condi Rice working for George W. Bush and Rumsfeld and all those folks -- that's just like, you know, a nightmare come back to haunt me, just frankly -- who are basically telling us, get right back in there again. The American people don't want it. The president doesn't want us in."

PBS host Tavis Smiley said on "Face the Nation" that it is "beyond troubling" to see the "revisionist history" from neoconservatives who pushed the 2003 invasion but now blame the president for the chaos.

"The president clearly...has made mistakes since he's been president, on a number of foreign policy fronts," Smiley said. "But to lay all of this at his feet and to forget how we got in this mess in the first place, as if the clock started this week on Iraq, is sickening."

"Why don't we go get the guy who wrecked the Exxon Valdez and ask him about, you know, how to run an oil tanker," he joked. "I mean, there couldn't be a worse person to offer views on what to do next."

Senate Majority Leader Harry Reid, D-Nev., offered perhaps the pithiest response on Wednesday to Cheney's offered advice: "Thanks, but no thanks."

Cheney, though, didn't cede an inch to his critics on Sunday, defending his push for the 2003 invasion and reiterating his condemnation of the president during an interview with ABC News.

"I was a strong supporter then of going into Iraq, I'm a strong supporter now. Everybody knows what my position is. There's nothing to be argued about there," he said. "But if we spend our time debating what happened 11 or 12 years ago, we're going to miss the threat that is growing and that we do face."

He singled out Paul for criticism, saying the senator simply doesn't understand the nature of the threat posed by terrorism.

"Rand Paul, with all due respect, is basically an isolationist. He doesn't believe we ought to be involved in that part of the world," Cheney said. "That didn't work in the 1930s, it sure as heck won't work in the aftermath of 9/11, when 19 guys armed with airline tickets and box cutters came all the way from Afghanistan and killed 3,000 of our citizens."