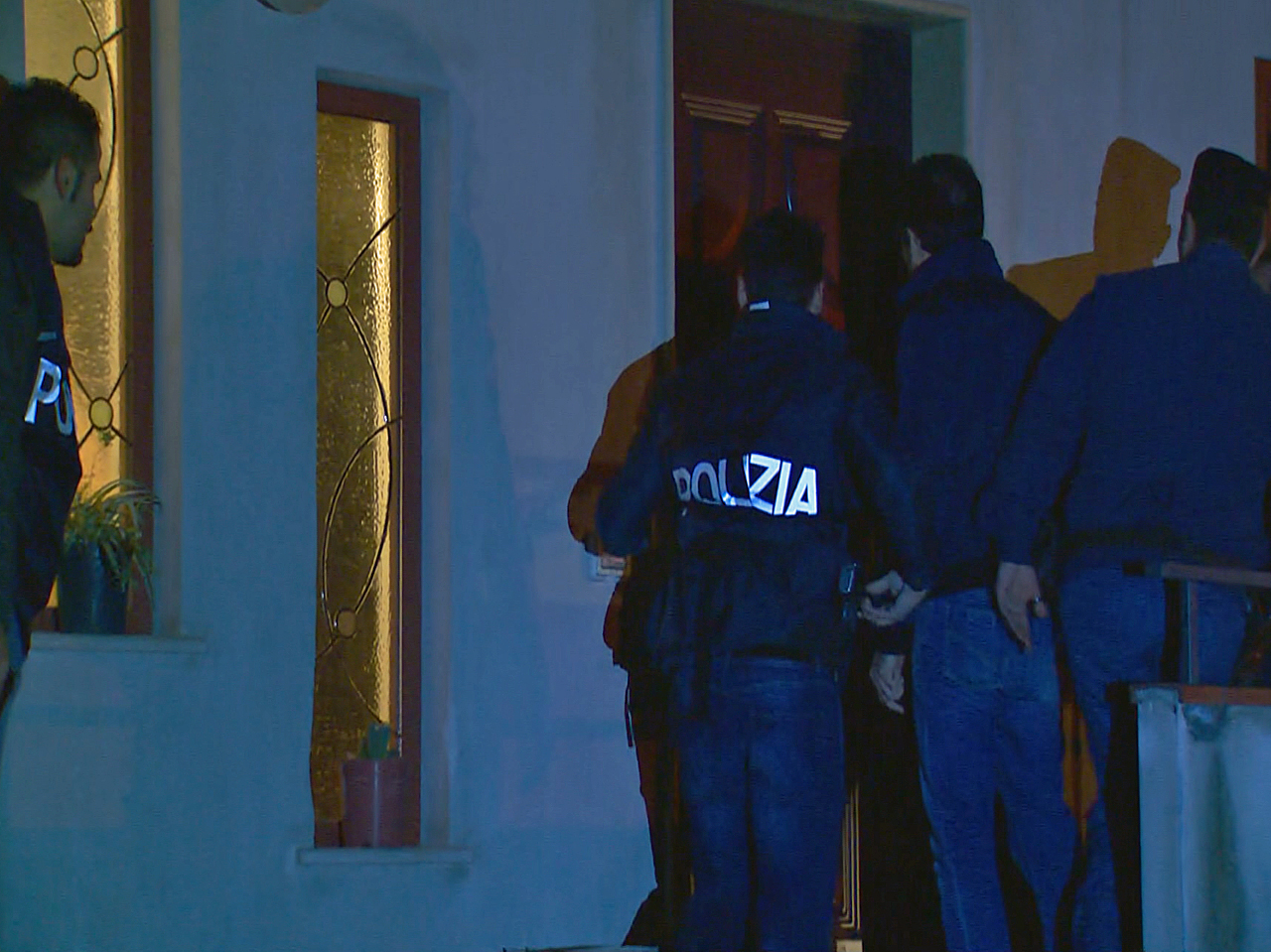 REGGIO CALABRIA, Italy -- A major joint operation by Italian police and FBI agents in Italy has robbed two of the world's most notorious organized crime operations of a new drug smuggling route from Latin America into Europe.

CBS News correspondent Allen Pizzey was invited to witness the nighttime raids in Italy, and reports the operation was focused on breaking up the new route into the southern Italian port of Goia Tauro.

The trafficking route connected the Italian Mafia's 'Ndrangheta crime syndicate with the U.S. Sicilian Mafia. Raids were also carried out in the U.S. and Canada.

U.S. officials told CBS News that seven people were arrested by the FBI in the New York area raids. The raids in and around New York targeted members of the Gambino and Bonnano crime families.

In a statement released later Tuesday morning, the U.S. Attorney for the Eastern District of New York said the seven arrested in the New York raids were to appear later in the day in federal court for arraignment. According to the statement, they face charges of "narcotics trafficking, money laundering and firearms offenses based, in part, on their participation in a transnational heroin and cocaine trafficking conspiracy involving the ‘Ndrangheta, one of Italy’s most powerful organized crime syndicates."

In Italy, police and FBI agents arrested 17 members and associates of the 'Ndrangheta syndicate, according to the statement. The U.S. Attorney's office said the investigation

“The defendant Lupoi sought to use his connections with both ‘Ndrangheta and the Gambino crime family to extend his own criminal reach literally around the globe," U.S. Attorney Loretta Lynch said in the statement. “Today, thanks to the vigilance and sustained cooperation of the Department of Justice and its law enforcement partners in Italy, the ‘Ndrangheta’s efforts to gain a foothold in New York have been dealt a lasting blow.”

Pizzey reports that the Italian raids were code-named “New Bridge,” and involved nearly 150 police officers swooping in on as many as 20 locations in the suburbs and villages around Goia Tauro, which is one of the largest shipping ports in Europe.

The operation took place in the dead of night under conditions of absolute secrecy. Pizzey says the area is so infested with local Mafia, that they literally have eyes and ears everywhere.

The FBI and Italian police were after as many as 26 suspects, including a member of the notorious New York-based Gambino crime family who officials say negotiated the new smuggling route.

FBI special agents, who CBS News is not identifying due to the nature of their work, were on hand for the raids in Italy, and Italian police took part in the operations in New York.

Five carloads of police arrived at one location so fast, that the target only appeared to realize what was going on moments before he was placed under arrest -- when the officer in charge knocked politely on his door, and said good morning.

The head of the surprisingly modest household is an alleged member of the 'ndrangheta syndicate, the tightly knit, violent organization that is a major player in international heroin and cocaine smuggling and money laundering, and has ties to the powerful Gambino family in New York.

Police officers with dogs searched the house, but only a couple of officers outside drew guns -- as a precautionary measure. One of the FBI agents on the scene told CBS News the suspects targeted in these raids see getting caught and doing time in prison as part of the price of doing business.

One of the men taken into custody was escorted out of the house carrying a blue bag, and went so willingly he wasn’t even put in handcuffs.

Asked what it was like to take part in the raids that the FBI and its international partners spent two years building up to, one of the FBI special agents in Italy told CBS News it was "good to get to this point, to fully develop the evidence that we can use to indict individuals who engage in criminal activity."

The arrests won't put an end to the Italian-U.S. drug connection, but as an FBI agent told Pizzey in Italy, "they'll certainly have a significant impact."