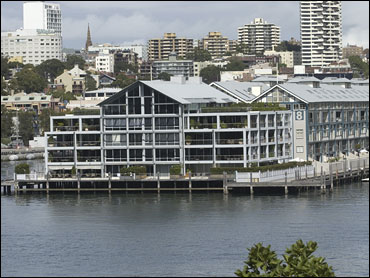 Even magicians run out of tricks. Doug Flutie ran out of luck and receivers, too.

With Eric Moulds sidelined for the final drive, Flutie watched one pass slip through a receiver's fingers and another get picked off by Eric Turner in the end zone with no time left in Oakland's 20-14 win over the Buffalo Bills on Sunday.

"We got a few and had a few slip through our hands," said Flutie, who completed 19 of 41 passes for 210 yards and one touchdown with three interceptions.

The Bills (4-2) matched their lowest scoring output of the season in their worst game since a season-opening 31-14 loss to Indianapolis. The Raiders' win avenged a 44-21 loss to Buffalo last season.

"I've been up here eight or nine times and except for one other time, we've never been in the game," Raiders receiver Tim Brown said.

Flutie connected with rookie Peerless Price on a 30-yard pass and hit Andre Reed for 14 more to the Oakland 29 with 15 seconds to go.

Two incompletions later, including a pass that went off Price's fingertips in the end zone, Turner picked Flutie off.

Moulds injured his hamstring with about 7 minutes left and wilbe out 3-4 weeks. He was immediately missed.

"Eric is the kind of guy that can go up and make a play," Flutie said. "That's what I was trying to do on that drive, put the ball in position so someone could make a play."

Rich Gannon completed 15 of 22 passes for 155 yards with no interceptions, but the Oakland running game produced the winning points; Wheatley scored on an 11-yard dash for a 20-7 lead with 10:17 left in the third quarter.

Flutie followed the Wheatley TD with a five-play scoring drive, throwing 29 yards to Kevin Williams to the Oakland 12-yard line and finding Moulds in the end zone on the next play to cut the lead to 20-14 with 13:29 to play.

The Raiders ate up 6:34 but Husted missed a 32-yard field goal, giving the dangerous Flutie one more chance to tie with 59 seconds to play.

"You keep the wonder kid off the field, and you're going to be all right," Wheatley said. "You don't want them to have the ball and (Flutie) to have time to throw."

The Bills fell short as they targeted Oakland cornerback Charles Woodson on the last drive. "I'll tell you this," Woodson said. "You're not going to beat the Oakland Raiders by coming after me."

The Raiders, who rushed for just 55 yards against Denver last week after leading the league in rushing with an average of 147.5 yards the first four weeks of the season, ran for 107 yards in the first half against a Buffalo defense that was ranked first in the league against the run.

The Raiders, whose injury-depleted secondary was shredded by Flutie last year, this time intercepted Flutie twice in the first half and limited the quarterback to 23 yards on three scrambles.

Cornerback Darrien Gordon intercepted Flutie's pass on Buffalo's first play from scrimmage to put Oakland at the Buffalo 31-yard line. The Raiders scored on six running plays, with Wheatley plowing in from the 3.

On first down, Oakland averaged 4.8 yards in the game and 5.2 yards in the first half. "It was a strength of ours against a strength of theirs and we were stronger today," Oakland coach Jon Gruden said, referring to the running game.

Antowain Smith scored on a 52-yard romp one play after Flutie's 17-yard pass to Kevin Williams on third-and-9 to tie the game at 7-7.

The Raiders drove for two field goals by Husted for a 13-7 halftime lead.