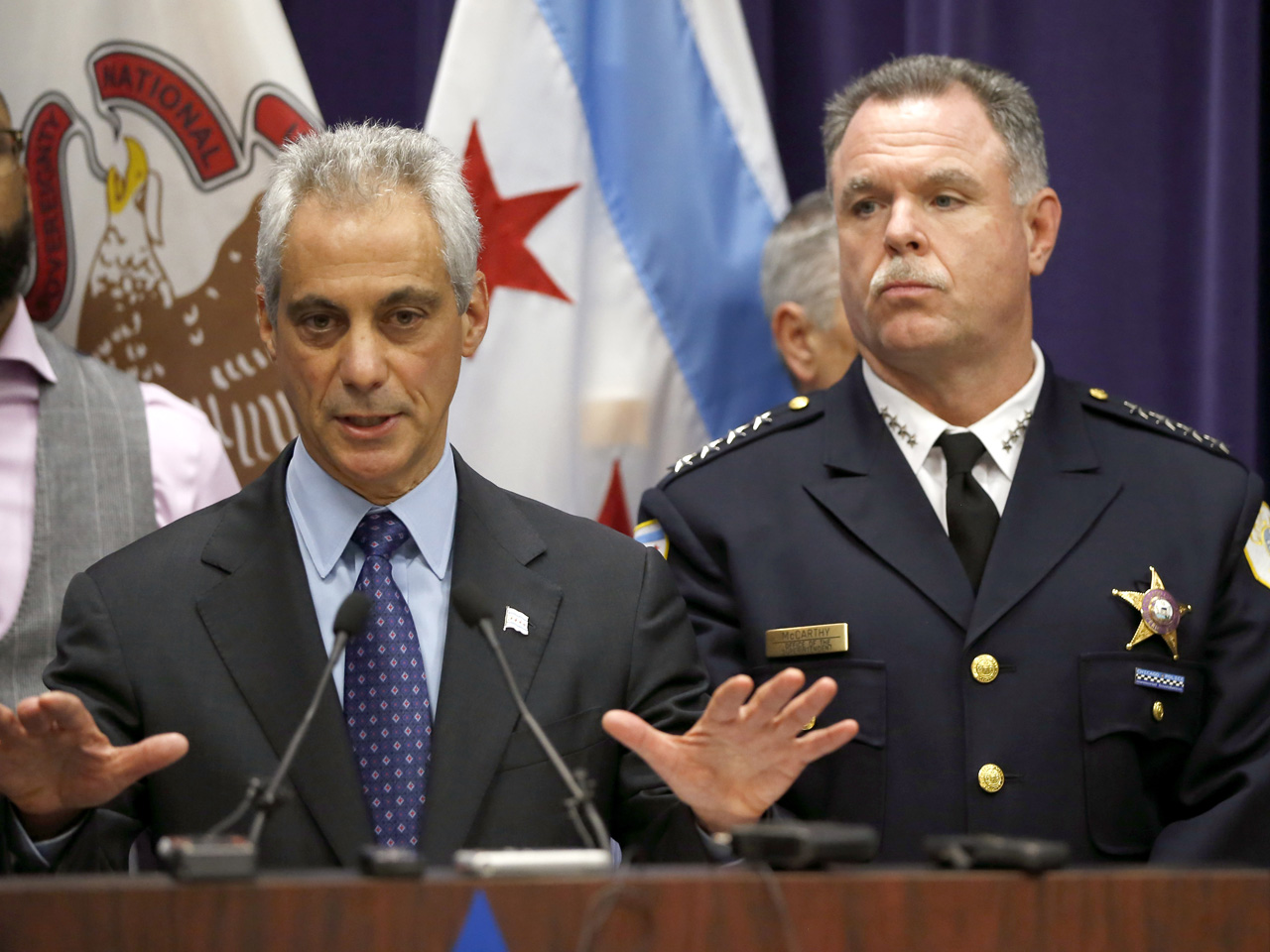 Just hours after a white Chicago police officer was charged with the first-degree murder of black teenager Laquan McDonald, the city released dashcam video that depicted the shooting. On the tape, 34-year-old Officer Jason Van Dyke fires at McDonald, who is holding an object in one hand, but walking away from police. Van Dyke shot him 16 times. The tape's release sparked immediate protests across the city.

But some critics insist the the mayor's action was not enough, and activists are now demanding Emanuel himself resign.

Among Emanuel's detractors is prominent black filmmaker Spike Lee. When asked Tuesday by CNN whether the mayor should step down, the director responded: "I think so."

But Emanuel dismissed those calls while speaking at a Politico-sponsored event on Wednesday: "We have a process called the election. The voters spoke. I'll be held accountable for the decisions and actions that I make." He added that he's already taken steps to ensure accountability for Chicago officers, appointing a new "police accountability task force."

Still, the handling of the McDonald case could be problematic for the tough-talking mayor, who has served in the administrations of both Presidents Clinton and Obama.

After Emanuel fired McCarthy, the New York Times editorial board charged Emanuel with demonstrating "a willful ignorance" of police misbehavior and "seeking to depict the cop as a rogue officer."

"[H]is administration, the Police Department and the prosecutor's office have lost credibility on this case," the Times wrote. "Officials must have known what was on that video more than a year ago, and yet they saw no reason to seek a sweeping review of the police procedures until this week."

And even Democratic presidential candidate Hillary Clinton, a longtime friend of the mayor who was endorsed by Emanuel just last month, was critical of the city's response to McDonald's death.

"Hillary Clinton is deeply troubled by the shooting of Laquan McDonald and the outstanding questions related to both the shooting and the video," said Brian Fallon in a statement Wednesday. "Mayor [Rahm] Emanuel's call for a task force to review practices of the Chicago Police Department is an important step, but given the gravity of this tragic situation, she supports a full review by the Department of Justice."

Some have also accused the city of withholding the squad car video until after Chicago's November election, when Emanuel won a second term.

Chicago actor John Cusack, who appeared in Lee's critical film "Chi-Raq," cited political motivation for the trial's timing, saying "it's very tragic that information was suppressed for an election cycle."

Emanuel waved off these accusations as well, telling Politico that "if you're worried about a cover up - the last person you should be worried about is me." The city, he has repeatedly said, did not make the video of the shooting public earlier for fear of compromising an ongoing investigation.

"All that information is with the FBI, when they conclude it, all of those things will be answered," the mayor said. "If there's an action required after that, to hold people accountable, we will."