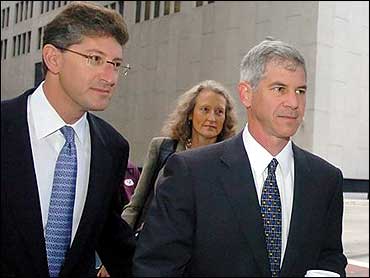 Australian tennis star Pat Rafter said Friday he hoped to be back on the tennis courts in time for the Australian Open in January following surgery on his right shoulder this weekend.

Rafter, who will undergo arthroscopic surgery Sunday, chose to have the procedure now in hopes of giving himself enough time to get back in shape for the Australian Open, even though it kills any chance of him playing in December's Davis Cup final against France.

"The Davis Cup is definitely out. The Australian Open is the reason why we're going to do this thing right now," Rafter told a news conference in Melbourne.

Rafter briefly held the world's top ranking earlier this year but his shoulder injury forced him to retire in the first round of his U.S. Open title defense and he has watched his rank fall 13 while sidelined.

"My priority right now is to try and get this thing ready for the Australian Open," said the 26-year-old Queenslander.

Rafter's trainer, Mark Waters, said the surgery was not major and would likely involve some exploration around a tear in the rotator cuff and clean-up of some debris to relieve the pain that hampered Rafter this past summer, particularly on his serves.

He expected Rafter to spend five or six weeks in rehabilitation before he eased back into playing.

"The worst case scenario is they go in there and find something and I don't recover very well from what they find, and then I miss a few months," Rafter said.

"Provided it all goes well, I don't see much effect on next year," he added.

Without Rafter, the Australian Davis Cup team is likely to feature Mark Philippoussis, who has returned from a knee injury that forced him to miss the U.S. Open, 18-year-old Lleyton Hewitt, and the doubles pair of Todd Woodbridge and Mark Woodforde.

Hewitt has been Australia's Davis Cup star this year, compiling a 4-0 singles record with wins over the United States and Russia.