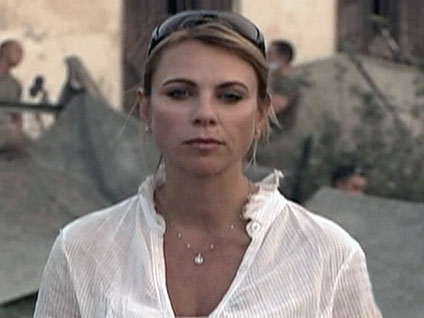 Federal regulators gave the go-ahead Thursday for digital radio, approving a plan to modernize the medium with better sound and new features for personalized programming.

CBSNews.com is part of Viacom.

The commissioners enthusiastically endorsed the technology, saying it will benefit the industry and consumers.

"We don't get many items where it's a win-win for everyone. There's no down side," Commissioner Kathleen Abernathy said.

Radio has changed little for decades. FCC Chairman Michael Powell said he's heartened that such a dramatic leap forward in technology is in store.

"I'm thrilled and excited to see the radio wagon train finally get to the other side," he said.

The approval allows radio stations to immediately begin broadcasting digital signals, though it probably will take a few months for the first stations to start.

Digital radio could be the biggest update to the medium since the debut of FM in the 1940s, said Ken Mueller, radio curator at the Museum of Television & Radio in New York. Mueller said that like FM, which didn't become popular until the 1970s, "it's going to take quite some time to phase in."

"We're not talking 30 years here," he said, but "you have to wait until people start getting receivers to pick this up."

Manufacturers plan to sell digital receivers for car stereos and high-end audio systems starting next year, adding about $100 to the price of a traditional unit. It's unclear how soon digital technology will be included in portable radios.

The iBiquity technology allows broadcasters to use their existing airwaves, sending digital and analog radio simultaneously. Since stations won't need a new place on the radio band and there is no cutoff date for analog service, listeners without digital radios won't have their favorite stations go silent.

"If you had a black-and-white TV and your local station started broadcasting in color, your black-and-white TV still worked," said Robert Struble, iBiquity's president and chief executive. "But if you wanted the new high quality picture you've got to buy a new color TV. It's the same with digital radio."

The transition differs from the one planned for television. Congress has set a goal of December 2006 for broadcasters to switch to digital TV signals. After that, anyone wanting to watch over-the-air broadcasts will need a TV with a digital tuner or a set-top converter.

Supporters say the new technology will bring CD-quality sound to FM broadcasts, an end to static for AM and new data features.

"We wanted to be in the front on this," he said. "The quality improvement is just phenomenal. It's analogous to the transition between cassettes and CDs."

Some digital car stereos will have small screens, displaying news or advertising or pictures of the artist whose song is playing. Others will allow listeners to choose when to hear reports on stocks, sports, weather and traffic.

The digital broadcasts will be free, unlike the subscriber services offered by Sirius Satellite Radio and XM Satellite Radio Holdings, which beam music and talk to radios from satellites.

Digital broadcasts use the same language as computers — a series of on and off electronic pulses. Broadcasts with the proposed technology won't increase a radio station's range, but digital signals can be cleaned up, removing garble and uneven reception.