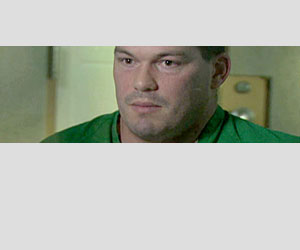 Fleeing a possible tsunami, people in Cannon Beach, Oregon, raced for higher ground, as a major earthquake struck about 80 miles off the coast of Northern California on Tuesday night.

The 7.0-magnitude quake was recorded at about 7:50 p.m. about 90 miles west southwest of the coastal community of Crescent City and 300 miles northwest of San Francisco, according to the U.S. Geological Survey.

A tsunami warning was briefly in effect from the California-Mexico border all the way north to Vancouver Island, British Columbia, but was called off about an hour after the quake hit. Evacuations along the coast have also been called off and there were no immediate reports of damages or injuries.

"It appears from the mechanism of the earthquake that this was a strike-slip event so the motion was horizontal not the vertical displacement that typically leads to a tsunami," said Ved Lekic, a seismologist at the University of California Seismographic Station in Berkeley.

Traffic crowded on roads away from the Pacific Ocean when the Cannon Beach was ordered evacuated.

"People didn't panic," reports Ken Boddie of CBS affiliate KOIN-TV. "Many of the folks who come to these coastal areas know that a tsunami or an earthquake or both could occur here."

"About 85 percent of the tsunami-generated in the world take place in the Pacific," geologist David Applegate, senior science adviser for the United States Geological Survey's Earthquake Hazards Program, told CBS News The Early Show co-anchor Julie Chen. "So this specific event was just a reminder that this is a very active part of the planet and that there is certainly a risk for coastal communities.

In San Francisco, authorities used the tsunami warning as a drill for emergency services, reports KCBS-AM's Mark Seelig, hoping to gather information on how well the city responded and to improve training for first-responders in the event a real disaster strikes the area in the future.

"We took the warning seriously," said police chief Heather Fong. "We did not want to say, 'Well, let's just hope it's canceled.'"

Crescent City was hit by the only known tsunami to kill people in the continental United States.

In 1964, much of the city was destroyed by a tsunami generated by a huge earthquake in Alaska, reports CBS News Correspondent John Blackstone. Residents had no warning when the massive wave rolled in, and 11 people were killed. The 20-foot high wave carried away cars as it washed out roads and bridges, and buildings on 30 city blocks were destroyed.

"My first thought was that this is not a test, it's for real," he told KCBS-AM. "And so we just moved pretty calm, my wife and I. She packed a couple of things that she wanted to take with her, and we were just waiting for further information."

Authorities had about 30 minutes from the time of the tsunami warning to when the wave might have hit.

"We were able to evacuate approximately 4000 people, residents and visitors to our community through the tsunami warning system that we have in place here," Del Norte County Sheriff Dean Wilson told CBS News Early Show co-anchor René Syler.

Xiojin Yuan, the owner of the beachfront Hampton Inn and Suites in Crescent City, said police notified him shortly after the quake hit to evacuate all of the guests at the 53-room hotel.

"I went to each of the rooms along with another worker and told all the guests they needed to evacuate," Yuan said. "People evacuated in a really orderly way. The police and firefighters in Crescent City did an excellent job. They obviously are prepared for this kind of event."

"Crescent City, having been impacted by the last [tsunami, in 1964], is probably more prepared than any other community in the united states to handle one of these tsunamis," Sheriff Wilson said.

The area hit is where the North American, Pacific Ocean and Juan de Fuca plates converge and has earthquakes of this magnitude about once a decade, said Lucy Jones, the scientist in charge of the U.S. Geological Survey office in Pasadena.

"This is a relatively common event," Jones said. "It's what is called a triple junction where three plates come together."

Even though this earthquake did not lead to a tsunami, Jones warned that one similar to the devastating tsunami that hit Asia last December could happen in California.

"We have the potential for an earthquake just like the Sumatra one," she said.

The quake was similar in magnitude to the 6.9 Loma Prieta quake of 1989 that killed 40 people and caused about $6 billion dollars in structural damage in the Bay Area.

"But unlike Loma Prieta, this was located off shore so the damages were not heavy," Lekic said.

Jim Andresen, a fire captain in Humboldt County who is stationed just outside Eureka, about an hour's drive south of Crescent City said there were no reports of injuries or damages in the county.

"It was just a rolling sensation," he said of the earthquake. "I've felt worse in the past. It didn't seem like it was that bad, lasted probably 15 seconds."

"It made my chair shake; made me a little dizzy," said Judy McDonald, a medical transcriptionist and switchboard operator at the 24-bed Curry General Hospital in Gold Beach.

"Fire department and law enforcement officials were very smooth in how they directed traffic as people headed out of town," reports Boddie. "There is a tsunami warning system, and a system in place to get people out of town quickly in the event that something like this happens, and they said that that seemed to work very well."