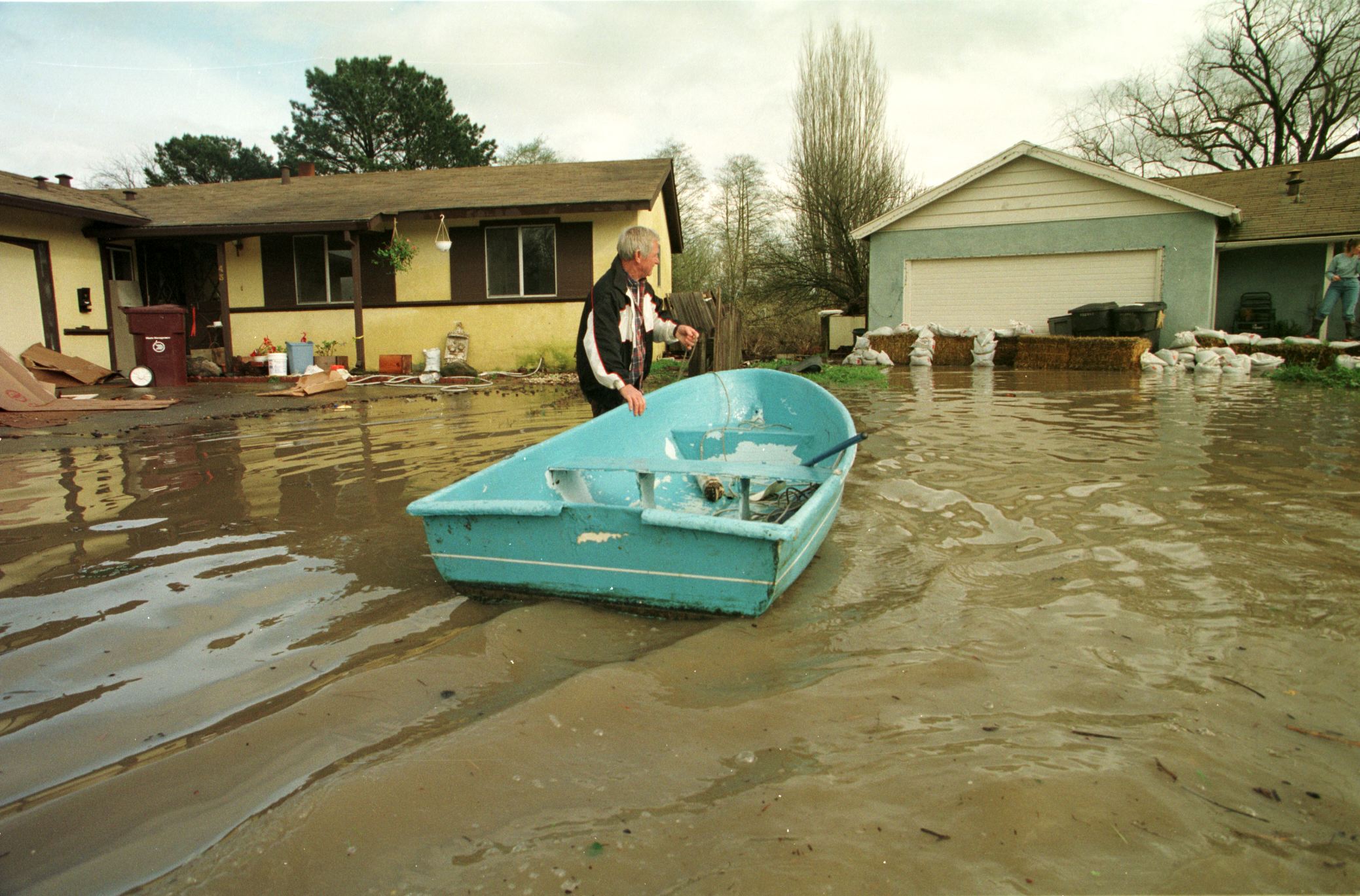 Chances are strong that a record-setting El Nino is headed toward California this winter. What is unknown is how it will play out for the state beset by four years of drought that fallowed farm fields, turned lawns brown and dried up streams and wells.

WHAT IS AN EL NINO?

Every few years, winds shift in the Pacific Ocean along the equator, warming the water more than usual. These El Nino events trigger changing weather patterns globally and can increase chances of heavy rain and snow pelting California.

Forecasters say this one is already the second strongest on record for this time of year and could be one of the most potent weather changers in 65 years. It's been unofficially named Bruce Lee after the action hero.

Satellite measurement show that this El Nino is now more powerful than a king-sized one in 1997-98, which started weaker and finished stronger, said NASA oceanographer Bill Patzert, who compared it to Godzilla for the mudslides and destruction it can cause.

WILL IT END CALIFORNIA'S DROUGHT?

Chances are 50-50 of the El Nino delivering a wet winter, says California's state climatologist Michael Anderson. Since 1958, there have been seven El Nino systems - three wet, three dry and one average. Anderson says it's too soon to predict a wet winter. Five of the Sierra Nevada's 10 skimpiest snowpacks on record have occurred in the last decade.

While few argue that California needs a wet one, wildfires raging across the state this summer set the stage for flooding and mudslides. Daniel Berlant of the state's Department of Forestry and Fire Protection says crews already have battled 1,500 more fires than a normal year.

Fire can harden the ground, creating the chances of floods, or it can burn off vegetation that holds soil in place, creating mudslides.

WHAT DO FARMERS THINK?

Early signs point to a good winter ahead, but California's rainy season doesn't start until October, more than one month away.

"The one constant with Mother Nature is that she's always changing," Jacobsen said