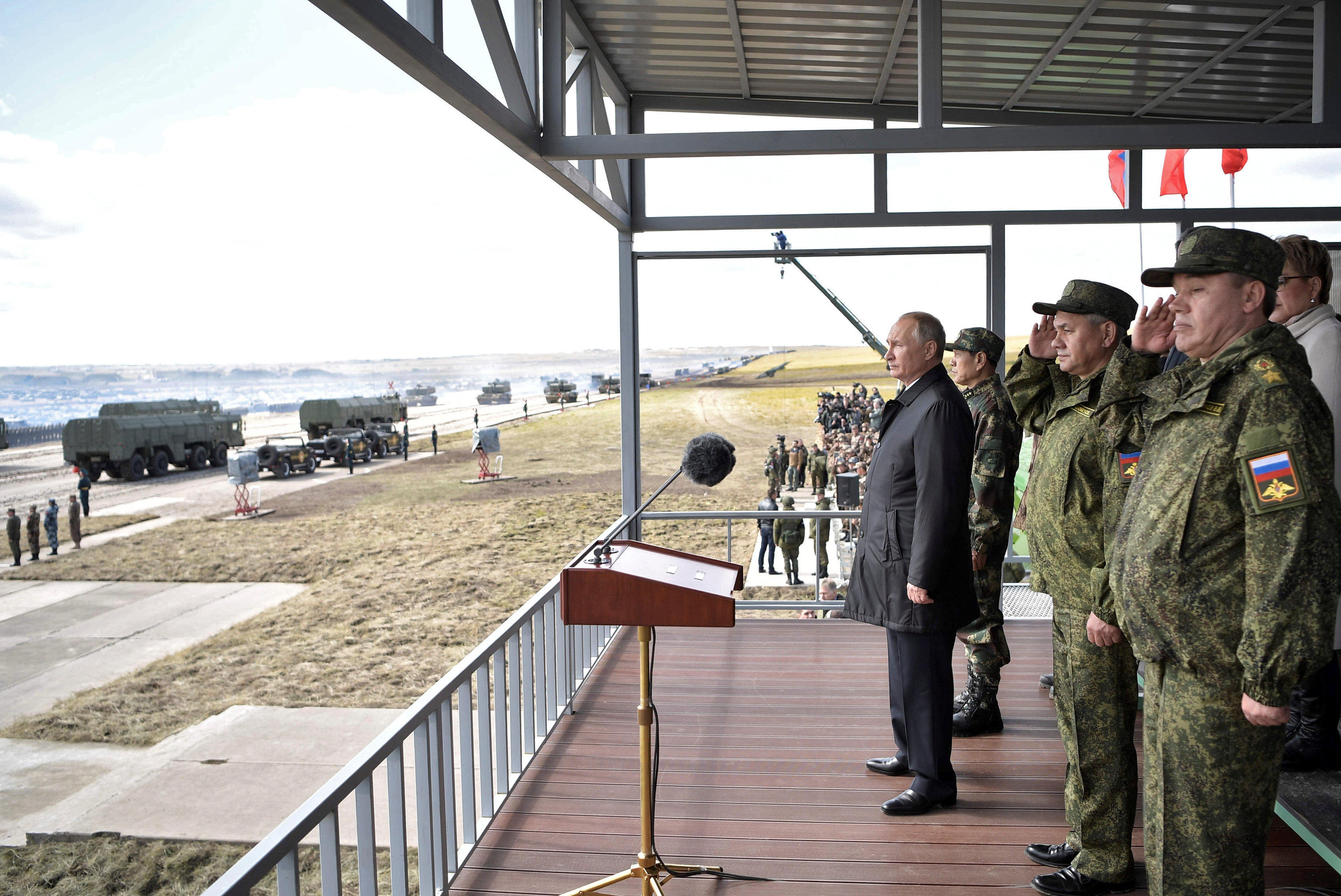 The weeklong Vostok (East) 2018 maneuvers span vast expanses of Siberia and the Far East as well as the Arctic and the Pacific Oceans and showcase the military might of Russia and China at a time of simmering tensions with the U.S.

In addition to the troops, some 1,000 Russian aircraft and 36,000 tanks and other combat vehicles are involved. The exercise surpasses even the biggest Soviet maneuvers in 1981.

"This is the first time our army and fleet have undergone such a difficult and large-scale test," Putin said in comments published on the Kremlin website and noted by the Reuters news agency.

China sent about 3,200 troops, 900 combat vehicles and 30 aircraft to join the drills at a Siberian firing range, a deployment that reflects its shift toward a full-fledged military alliance with Russia.

Speaking at the Tsugol firing range about 80 miles north of the border with China, where Russian and Chinese troops performed joint drills, Putin lauded the troops for their skills, saying they "demonstrated their capability to deflect potential military threats."

He emphasized that "Russia is a peaceful nation," but noted that the country needs to strengthen its military capability to "be ready to protect its sovereignty, security and national interests, and, if necessary, support our allies."

The Chinese media have described the People's Liberation Army involvement in the drills as the country's largest-ever dispatch of forces abroad for war games.

From China's perspective, the emerging military alliance with Russia sends a strong signal to the U.S. and its ally Japan. China is intent on defending its interests in the South China Sea, which Beijing claims virtually in its entirety, as well as Taiwan and the Senkaku and Diaoyu islands controlled by Japan but claimed by Beijing.

For Russia, the increasingly robust alliance with China is particularly important in light of the strained relations with the U.S. and its allies and the looming threat of more biting U.S. sanctions.

The drills come amid tensions over Syria, where the U.S. and its allies threatened to launch strikes against President Bashar Assad's government if it uses chemical weapons to reclaim control of the rebel-held northwestern province of Idlib.

Russia, which has waged a military campaign in support of Assad, strongly warned the U.S. against military action in Syria.