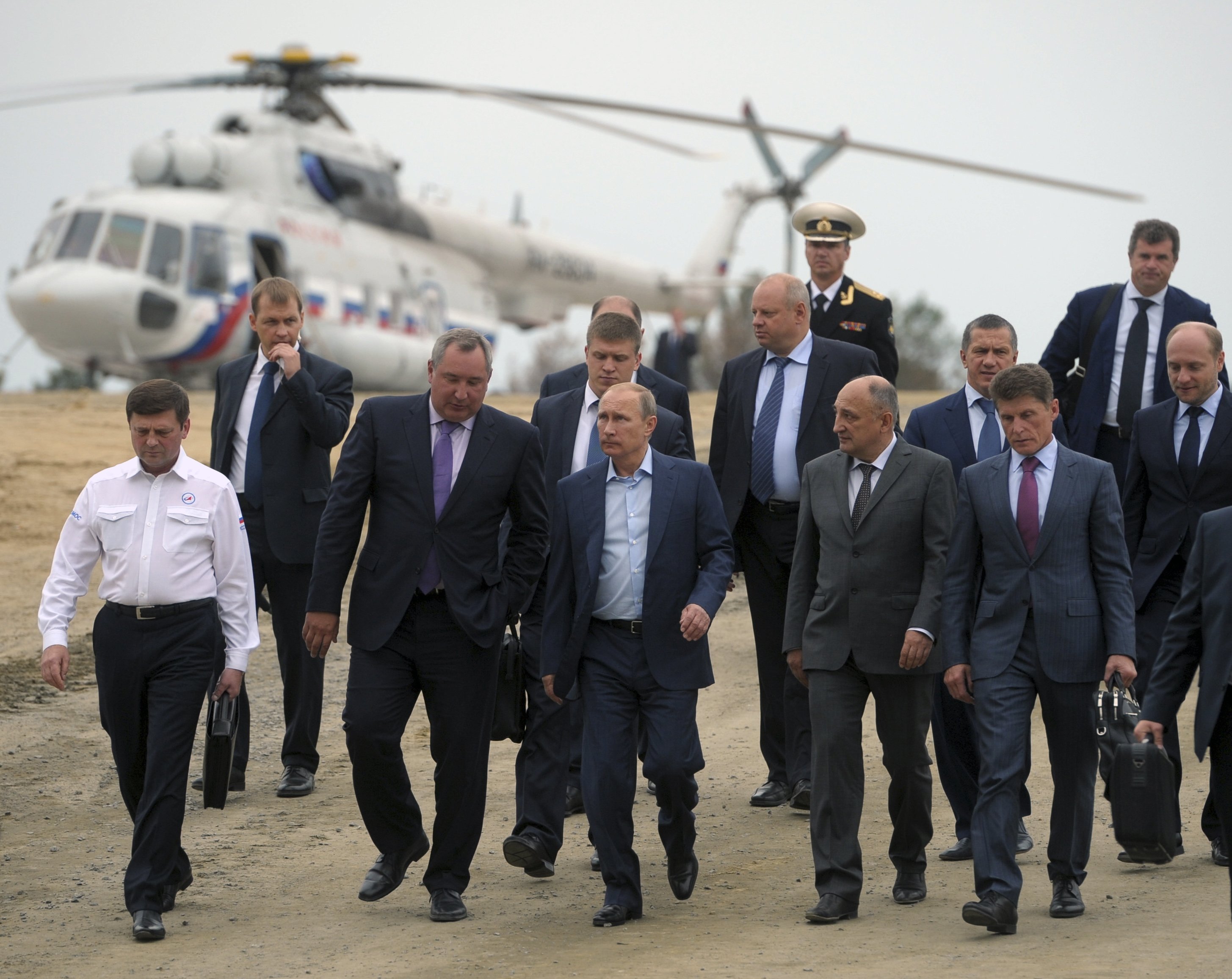 KIEV, Ukraine -- Russian President Vladimir Putin called on Russian-backed insurgents in eastern Ukraine to "stop advancing" Wednesday and urged the Ukrainian army to withdraw their troops from the region.

A day ahead of a NATO summit, Ukraine issued a vague statement about agreeing with Putin on cease-fire steps for eastern Ukraine. The separatists rejected the move, saying no cease-fire was possible without Ukraine withdrawing its forces, while Putin's spokesman claimed that Moscow was not in a position to agree to a cease-fire because it is not party to the conflict.

The back-and-forth came as President Barack Obama arrived in Estonia in a show of solidarity with NATO allies who fear they could be the next target of Russia's aggression. NATO is holding a summit in Wales on Thursday, with plans to approve a rapid-response team to counter the Russian threat.

Putin, speaking on a trip to the Mongolian capital of Ulan Bator, was quoted by Russian news agencies as saying that Kiev must withdraw its troops and stop its artillery strikes.

"The warring parties should immediately coordinate and do the following things together," Putin said. "The first thing is for the armed forces and insurgents of the south-east of Ukraine to stop active advancing in the Donetsk and Luhansk regions.

"Second is for the Ukrainian military to withdraw their troops at a safe distance that will make artillery and other strikes on populated areas impossible," he added.

Putin said he expected the final agreements between Kiev and the rebels to be reached at peace talks in Minsk, Belarus, on Friday.

Stock markets jumped on first reports of a possible cease-fire deal, but later eased back slightly. By early afternoon in Europe, Russia's MICEX benchmark was up 2.7 percent, while the ruble rose 1.4 percent against the U.S. dollar.

Germany's DAX index, which has been particularly sensitive to news regarding the Ukrainian crisis because of the country's economic ties with Russia, was up 1.2 percent.

Obama said it was too early to tell what the announcements meant. He noted previous unsuccessful attempts and questioned whether the separatists would abide by any cease-fire.

"We haven't seen a lot of follow-up on so-called announced cease-fires," Obama said. "Having said that, if in fact Russia is prepared to stop financing, arming, training, in many cases joining with Russian troops activities in Ukraine and is serious about a political settlement, that is something we all hope for."

Ukraine, NATO and the West have accused Russia of sending its troops and weapons to support the insurgents. Moscow has denied the charge. AP reporters on the ground have run into numerous Russian fighters among the rebels and have seen large convoys of heavy military equipment driving in eastern Ukraine from the direction of Russia.

Over the weekend, the European Union leaders agreed to prepare a new round of sanctions that could be enacted in a week, after NATO accused Russia of sending tanks and troops into southeastern Ukraine.

Fighting in eastern Ukraine has killed nearly 2,600 people and forced over 340,000 to flee their homes, according to the U.N.

On Tuesday, a Kremlin aide sharply criticized EU Commission President Jose Manuel Barroso for breaching confidentiality when he quoted President Vladimir Putin as saying Moscow could take over Kiev in two weeks, if it wished.

Ushakov lashed out at Barroso, saying it was a breach of diplomatic practices and "unworthy of a serious politician" to speak publicly about a private conversation. Moscow said it was ready to make public the disputed phone conversation between Putin and Barroso, according to the Russian news agency ITAR-TASS.