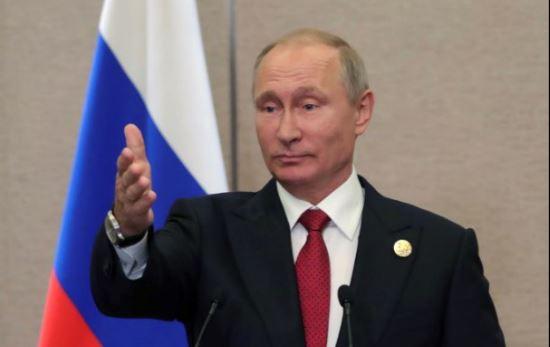 "Mr. Trump was elected by the American people. And at least for this reason it is necessary to show respect for him, even if you do not agree with some of his positions," Putin said at the Valdai International Discussion Club when asked what advice he could give his U.S. counterpart, according to state-run Tass Russian News Agency.

Putin said that "disrespect is shown for [Trump]" in the U.S., which he called "regrettable."

"One can argue but one can't show disrespect, even not for him personally but for those people who voted for him," he said. "I believe that the president of the United States does not need any advice because one has to possess certain talent and go through this trial to be elected, even without having the experience of such big administrative work. He [Trump] has done this."

In September, Putin said that Mr. Trump was "not my bride, and I'm not his groom." Asked how Russia would feel if Mr. Trump were impeached, Putin said it would be "absolutely wrong" for Russia to discuss U.S. politics.

This comes as Special Counsel Robert Mueller continues the federal investigation into Russian interference in the 2016 election and possible collusion between Russian officials and the Trump campaign to help Mr. Trump win.