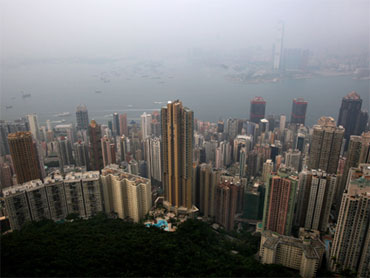 President Vladimir Putin on Monday cast a cloud of doubt over the fate of the Kyoto Protocol, which needs Russian ratification to take effect, saying his country is still undecided and pointing to theories that claim Russia could even benefit from global warming.

Speaking on the first day of the U.N. World Climate Change Conference in the Russian capital, Putin offered no clue as to when his government might make up its mind on the landmark pact to reduce greenhouse gas emissions.

To go into force, the 1997 protocol must be ratified by no fewer than 55 countries, accounting for at least 55 percent of global emissions in 1990. After the United States rejected the treaty, the minimum can be reached only with Russia's ratification.

"The government is thoroughly considering and studying this issue, studying the entire complex of difficult problems linked with it," Putin said. "The decision will be made after this work has been completed, and of course it will take into account the national interests of the Russian Federation."

Pressed by some of the conference's delegates for a commitment to ratification, Putin responded ambiguously, citing domestic critics of the Kyoto pact who theorized that Russia could even profit from global warming. He added, however, that Russia may see some adverse effects too.

"They often say, half-jokingly and half-seriously, that Russia is a northern country and if temperatures get warmer by two or three degrees Celsius, it's not that bad — we could spend less on warm coats and agricultural experts say that grain harvests would increase further," Putin said with a grin. "That may be so, but we must also think about the consequences of global climate change.

The Kyoto Protocol calls for countries to reduce their level of greenhouse-gas emissions to 1990 levels by 2012. If a country exceeds the emissions level, it could be forced to cut back industrial production.

Russia's emissions have fallen by 32 percent since 1990, largely due to the post-Soviet industrial meltdown, but they have started to rise again slowly amid the economic revival of recent years.

Putin's ambitious goal of doubling Russia's gross domestic product by 2010 might come into conflict with the Kyoto Protocol, requiring Russia to launch a costly overhaul of its industries in order to cut emissions and thereby slowing down economic growth.

Putin said Monday the interests of all countries must be taken into account in setting pollution limits, which he said should not strangle economic development.

Putin's comments marked a move backward from Prime Minister Mikhail Kasyanov's pledge a year ago that Russia would ratify the Kyoto Protocol in the "very near future." But it was not entirely unexpected.

The government must submit ratification documents to parliament, and officials had already said lawmakers are not likely to review the issue before the Dec. 7 parliamentary elections.

U.N. and European backers of the Kyoto Protocol had hoped Russia would commit to ratification while hosting the Moscow conference, and some openly voiced their disappointment.

Klaus Toepfer, the executive director of the U.N. Environmental Program, warned that while some nations could reap some temporary benefits from global warming, "at the end of the day we will only have losers."

President Bush withdrew the United States from Kyoto citing worries that restricting carbon output could endanger jobs, and complaining that the Protocol did not require enough action from developing nations like China, which do not pollute much now but whose emissions are growing.

Since then, the Bush administration has proposed a voluntary program for reducing carbon emissions, and steered clear of the issue when possible: the EPA recently determined it lacked the authority to police carbon emissions, a recent EPA policy proposal stressed research over regulation, and a national environmental survey devoted only a few paragraphs to global warming.