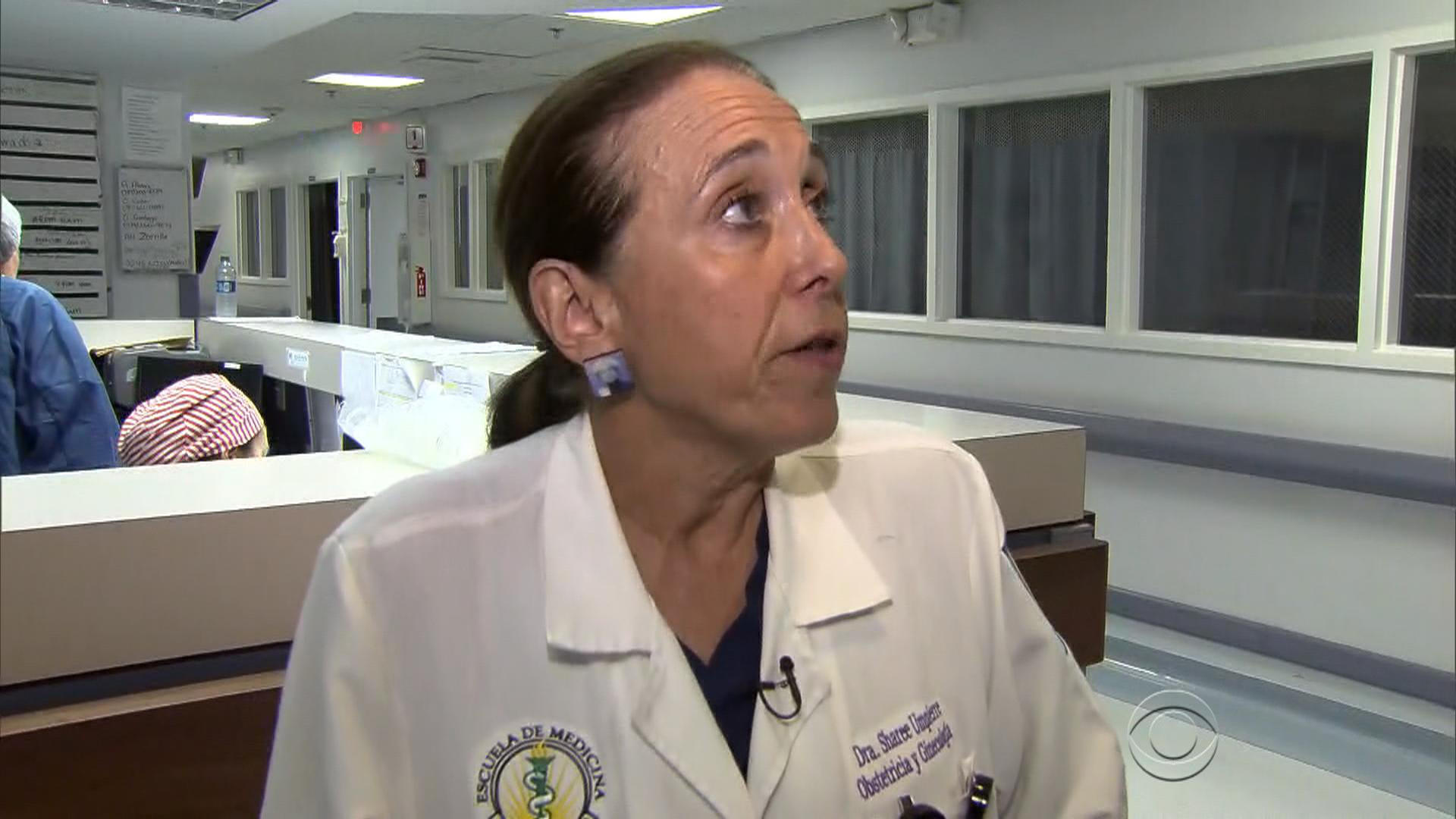 SAN JUAN, Puerto Rico -- Federal workers have repaired air traffic control systems -- though there are still only a few commercial flights a day -- and they've supplied diesel generators to hospitals. But providing medical care is a challenge.

CBS News met 36-year-old Marcelina Lopez as she arrived at the hospital Wednesday for a checkup. She's six months pregnant -- and after four miscarriages, she's worried about her own health and the health of the baby.

Every cramp is cause for concern.

There wasn't enough water or food in her home, so Lopez became dehydrated. She fell during Hurricane Maria and, with many roads blocked, it took her two days to reach the hospital.

At Centro Medico, the island's largest hospital, ambulances arrive, but not everyone gets to go inside. Because of spotty power and air conditioning, triage tents have been set up on a driveway.

Dr. Sharee Umpierre is the head of obstetrics and gynecology at the hospital. She told us she's never seen "nothing this bad, ever" in her life.

"There have been multiple home births, people who would not ever in any modern day give birth at home," Dr. Umpierre said. "People who have had C-sections, people with multiple medical conditions."

"I can see the volume of people increasing every day," Dr. Umpierre said. "People not even from our clinics ... people just saying, 'you know what I can't find my doctor, can you take care of me?'"

Doctors say the cavalry has been way too slow to arrive and they're concerned we don't know the half of it -- with people stuck at home, with no communication, unable to even ask for help.