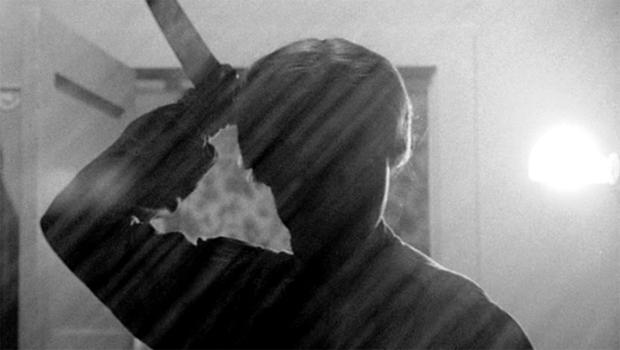 "How'd they do that?" It's a question many a film buff has asked over the years about a fabled, and frightening, movie scene. David Edelstein tells us a new documentary holds the answer:

Halloween's a-coming, and rather than promote the usual "boo!" movie, I recommend a film-nerd documentary that will turn everyone -- even you! -- into a film nerd, too.

It's called "78/52" (IFC Films), first for the number of camera setups, then for the total number of cuts in the most influential horror scene ever: the murder of Janet Leigh's Marion Crane in Alfred Hitchcock's "Psycho."

Deodorant sales must've gone way up in 1960, because people were scared to take showers.

In the documentary, film-nerd director Alexandre O. Phillipe lays out the sociological and cultural context for "Psycho," and it's good to be reminded by some very hip commentators, shot in gorgeous black-and-white, that Hitchcock wanted something rough and mean, after colorful, big-budget thrillers like "North By Northwest."

Leigh's daughter, Jamie Lee Curtis, is on board. So is the relatively unknown Playboy model, Marli Renfro, who doubled for Leigh during the seven days it took to create the scene.

She was interviewed by Janet Leigh, "and I had to strip down for her, too," Renfro recalled. "Well, just in my underpants, but anyway, my body was very similar to hers, so I got hired."

Imagine how stunned audiences were -- it was unheard of to kill your biggest star a third of the way in! Or to have Hitchcock pass the movie's point-of-view to Anthony Perkins' Norman Bates, making us complicit with him -- and on some level realize that we're creepy voyeurs, too.

It's in the second half of the documentary -- when Phillipe goes shot-by-shot -- that "78/52" really comes to life.

Our commentators discuss the morally-cleansing showerhead -- meant to wash away Marion's sin, but instead washing away all evidence of her murder …

The so-called negative space from which the murderer emerges ...

And what is going to fill that empty space? Hershey's syrup for blood. "They had to dribble it around me and on me," recalled Marli Renfro.

The choice of a casaba melon to simulate the sound of flesh being stabbed ...

And that most devastating shot of all, swirling around her eye as her life swirls down the drain.

To watch the trailer of "78/52" click on the video player below.