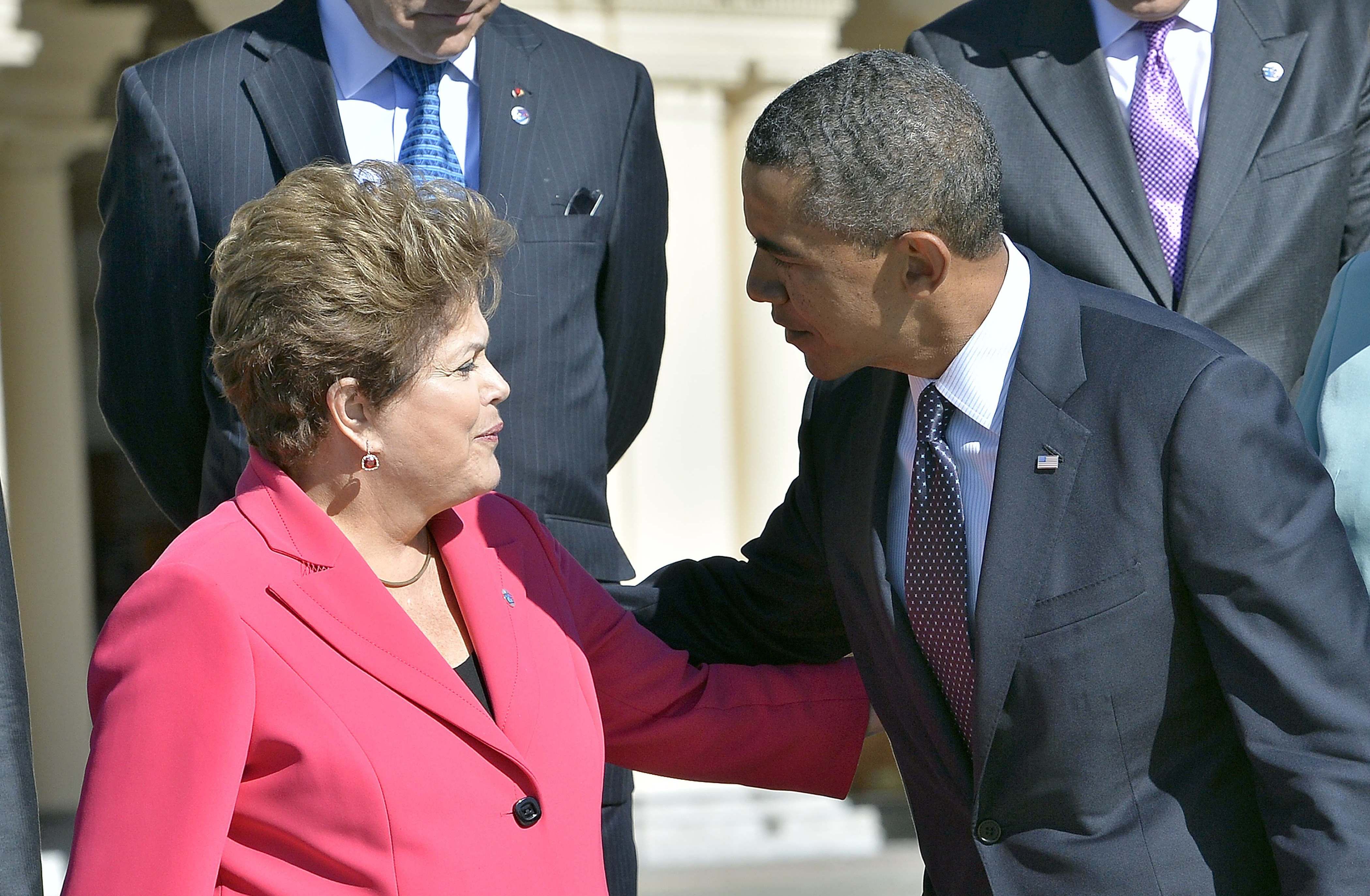 Rousseff was to be honored with a state dinner next month, an event meant to highlight strengthening ties between the Western Hemisphere's two biggest nations.

Instead, revelations of the National Security Agency's spy program and Rousseff's dissatisfaction with the U.S. response to questions about the espionage made it impossible to continue with that trip for now, her office said in a statement.

"Given the proximity of the scheduled state visit to Washington and in the absence of a timely investigation ... there aren't conditions for this trip to be made," the statement read. "The Brazilian government is confident that when the question is settled in an adequate manner, the state visit can quickly occur."

The decision comes after a series of reports on Brazil's Globo TV gave details about the NSA program's efforts in Brazil.

American journalist Glenn Greenwald, who is based in Rio de Janeiro and broke the story of the NSA espionage program after obtaining leaked documents from Edward Snowden, has worked with Globo on its reports.

They have included revelations that Rousseff's communications with aides were intercepted, that the NSA hacked the computer network of state-run oil company Petrobras, and that the NSA scooped up data on billions of emails and telephone calls flowing through Brazil, an important hub for trans-Atlantic fiber optic cables.

Rousseff has crafted a pragmatic foreign policy more in line with U.S. views than that of her predecessor and political mentor Luiz Inacio Lula da Silva,

She has distanced Brazil from sticky issues such as the Middle East peace process and the Iranian nuclear program, and has shown renewed interest in making a lucrative fighter jet purchase from Boeing rather than the company's French or Swedish rivals.

However, Rousseff is facing a re-election fight next year became more competitive after nationwide anti-government protests in June, with Rousseff drawing much of the demonstrators' ire. She has since bounced back in polls, but cannot afford to look weak in the face of the U.S. spy program that has angered Brazilians and added to longstanding suspicions about the American government here.

"The main objective (of Dilma's decision) is political and involves her re-election next year," said David Fleischer, a political scientist at the University of Brasilia. "By standing up to the U.S. cyber-espionage, it'll help her popularity and increase her standing in the polls."

Fleischer said he doesn't think the longer-term relationship between Brazil and the U.S. is in serious danger due to the spying and Rousseff's decision to delay her visit, but it will affect a series of decisions.

Perhaps the most pressing is a long-delayed decision by Brazil's government on a $5 billion fighter jet purchase, a decision that will bolster military ties between Brazil and whichever nation's plane is chosen.

Aides to Rousseff have told local media that it would now be hard to justify choosing the Boeing jets in the wake of espionage revelations.

The White House portrayed the postponement as a joint decision reached by Obama and Rousseff and finalized Monday evening in a phone call.

White House spokesman Jay Carney said both Obama and Rousseff agree that no single issue should overshadow the important relationship between the U.S. and Brazil.