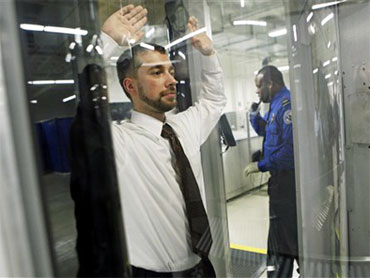 Venezuela's ambassador to Washington urged the United States to condemn violence during opposition protests this week, while hundreds marched in Caracas to demand the release of some 350 people arrested during the demonstrations.

Ambassador Bernardo Alvarez said Thursday the United States should denounce the violence and declare that "it will in no way support or condone what has become a violent effort to overthrow a democratic and duly constituted government."

President Hugo Chavez's government has been critical of U.S. policy regarding Venezuela and other Latin nations.

In New York, meanwhile, Venezuela's U.N. Ambassador Milos Alcalay resigned to protest what he said were human rights violations and threats to democracy in the oil-producing South American nation of 24 million people. Alcalay had represented his country abroad for 30 years.

Outside the Supreme Court in eastern Caracas, protesting Venezuelans chanted "Freedom, Freedom!" and held photos of citizens and opposition leaders allegedly detained by authorities during the demonstrations.

Eight people were killed in clashes sparked by election authorities' decision to reject a petition seeking a recall vote against Chavez.

"It's not enough that they steal our signatures. They also have to rob Venezuelans of our peace and physical safety," opposition leader Antonio Ledezma said.

Ledezma and other protesters said some detainees were beaten or tortured.

Vice President Jose Vicente Rangel denied there was mistreatment and said the arrests were necessary to restore order after protesters burned tires and lobbed firebombs at National Guard troops. Authorities will not say how many people have been detained.

The violence largely subsided Wednesday after some opposition leaders and international observers urged calm, although clashes broke out Thursday in the western town of Machiques.

A 50-year-old woman was shot to death during the melee, in which troops fired tear gas to disperse about 400 rock-throwing protesters blocking roads, the National Guard said in a statement. The gunfire came from an undetermined source.

The Inter-American Human Rights Commission, an arm of the Organization of American States, urged Venezuela's government to respect the "fundamental rights of those who have been detained."

But the elections council said Tuesday that only 1.8 million signatures were valid and another 1.1 million may be authentic — if people come forward to confirm they signed. The council rejected 140,000 signatures outright.

The recall vote could still occur if the required number of signatures are validated.

Venezuelans are sharply divided between those who support Chavez as a champion for the poor and those who say he is abusing his power.

Chavez was re-elected to a six-year term in 2000, and the midpoint is mid-August. If he loses in a referendum held before then, new presidential elections must be held.

But if he loses in a vote held after that midpoint, Rangel would take over for the rest of his term.

Opponents fear if that happens, Chavez would merely rule behind his right-hand man for the rest of his term.

Chavez is not popular with the United States, nor vice versa. Chavez visited Iraq in 2000, angering Washington. He is seen as close to Cuban leader Fidel Castro. He has criticized U.S. policy, and recently called President Bush by a profanity.

Human Rights Watch says in Venezuela, "Extrajudicial executions of criminal suspects by both state and municipal police forces are common and all too often go unpunished. Cases of torture continue to be reported. Violence and anarchy prevail in many Venezuelan prisons."

When Chavez was ousted briefly in an April 2002 coup, some criticized the United States for not condemning the overthrow quickly or forcefully enough. Otto Reich, a lead U.S. diplomat for the region, was in contact with the coup leader to tell him not to dissolve the National Assembly.

During the coup, the United States blamed Chavez for the violence.

"We hold to the democratic charter," State Department spokesman Richard Boucher said Tuesday. "We hold to the need to follow constitutional processes in all countries in the hemisphere."