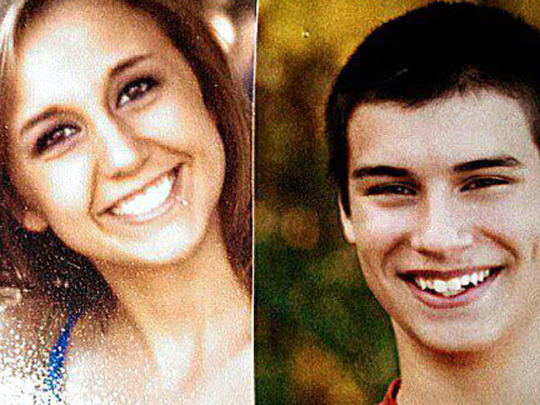 (CBS/AP) LITTLE FALLS, Minn. - The teenage cousins shot and killed during an alleged home burglary on Thanksgiving Day may have committed a similar crime a day earlier at a house nearby, investigators say.

Burglars broke into the Little Falls home of retired teacher Richard L. Johnson on November 21 and stole coins and prescription medication. Johnson was overseas at the time, according to the Minneapolis Star Tribune.

Before the burglary had been discovered, deputies were called to the neighborhood because a red Mitsubishi Eclipse was spotted in the driveway of Johnson's empty house, Morrison County Sheriff Michel Wetzel said. Nicholas Brady, 17, had been driving that car, although it wasn't registered to him.

On Thanksgiving, a day later, Byron Smith shot and killed Brady and his18-year-old cousin, Haile Kifer, in the basement of his Little Falls home. Smith told authorities that he shot the pair in self-defense as they tried to break into his house. The same red Mitsubishi Eclipse was discovered Friday parked around the corner from Smith's property.

"There are some preliminary indications that the Johnson burglary may have been committed by the Brady boy and the Kifer girl, but it's too early now to say definitively," Wetzel said.

"I do know they found quite a bit of evidence in their vehicle that was parked near the Smith place," the sheriff said late Tuesday. "We're going to investigate whether it might have come from the Johnson burglary."

Smith told authorities that when he saw Brady inside his house, he fired at the teenager and then shot him again in the face after he fell down. Smith said as he was dragging Brady's body into his workshop, Kifer came down the stairs and he shot her multiple times. He dragged her into the room and as she gasped for air, he fired what he described as a "good clean finishing shot" under her chin "up into the cranium," the complaint said.