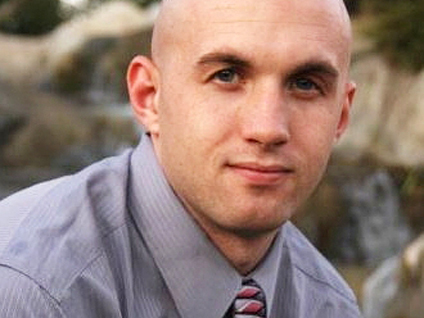 (AP) CAMP PENDLETON, Calif. - A Marine facing dismissal from the military for his Facebook comments went as far as posting superimposed images of President Barack Obama's face on a donkey, a prosecutor said Thursday.

The comments came at a military administrative hearing where Torresala described Stein as irresponsible and said he should be dismissed from the military after ignoring warnings from his superiors about his postings.

The government submitted screen grabs of Stein's postings on one Facebook page he created called Armed Forces Tea Party, which the prosecutor said included the image of the "jackass," and another page used by Marines such as Stein who work as military meteorologists.

Torresala said the anti-Obama comments posted on the page used by meteorologists were prejudicial to good order and discipline, and could have influenced junior Marines.

Stein's security clearance was taken away and he has no future in the Marine Corps because he can't do his job without that clearance, Torresala said.

"The Marine Corps community views the command's lack of action as some kind of knock on good order and discipline," Torresala said. "Our own people are questioning why this Marine is not being held accountable."

Stein's defense attorney, Marine Capt. James Baehr, said during the hearing that prosecutors were trying to dredge up any damaging information they could against Stein.

"There is no basis in this case," Baehr said. "Sgt. Stein has broken no law."

The military has had a policy since the Civil War limiting the free speech of service members, including criticism of the commander in chief.

Pentagon directives say military personnel in uniform cannot sponsor a political club; participate in any TV or radio program or group discussion that advocates for or against a political party, candidate or cause; or speak at any event promoting a political movement.

Commissioned officers also may not use contemptuous words against senior officials.

Backed by a team of lawyers and congressmen, Stein has said he is fighting for his constitutional rights and should be allowed to stay in the military. His lawyers and the American Civil Liberties Union contend his views are protected by the First Amendment.

"Think about how dangerous this could be if the U.S. government can prosecute you for something you say on your private Facebook page," Baehr said.

Stein has said his opinions are his own and has put a disclaimer on his Facebook page stating that point. His attorneys argued service members have a right to voice their opinions as long as they do not appear to be presenting their views as being endorsed by the military. They say the Pentagon policy is vague and military officials do not understand it.

The administrative board can only make a recommendation that will be passed on to a general who will either accept or deny it. That could take more than a month.

If the general disagrees with the board, the case could go to the secretary of the Navy. Military prosecutors have said they regularly handle such cases and service members often are disciplined as a result.

Stein could face other-than-honorable discharge while seeing his rank reduced to lance corporal and losing his benefits. The nine-year veteran was set to finish his service in four months.

He said he was removed from his job at the Marine Corps Recruiting Depot in San Diego last month and given a desk job with no access to computers.

Rep. Duncan Hunter, R-Calif., a former Marine, wrote a letter to Stein's commanding officer stating the sergeant should not face dismissal for an opinion shared by a majority of Marines. Hunter said he was referring to Stein's statement that he would not obey unlawful orders. Rep. Darrell Issa, R-Calif., also expressed support for Stein.

Stein said his statement about Obama was part of an online debate about NATO allowing U.S. troops to be tried for the Quran burnings in Afghanistan.

In that context, he said, he was stating that he would not follow orders from the president if it involved detaining U.S. citizens, disarming them or doing anything else that he believes would violate their constitutional rights.