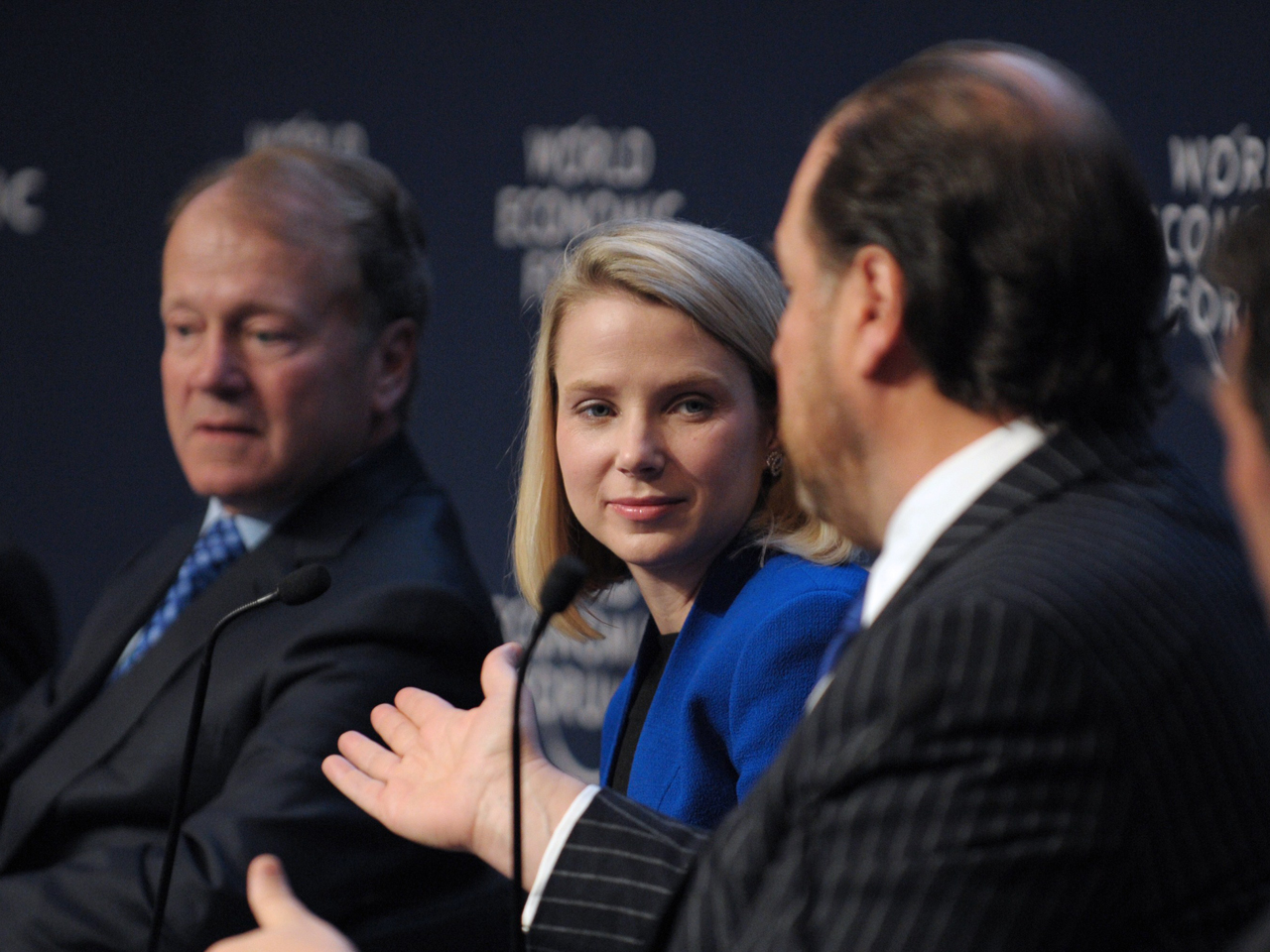 "I don't think we as a society want 100 percent privacy," said AT&T chairman and chief executive officer Randall Stephenson, speaking on a panel at the World Economic Forum Annual Meeting in Davos. "But I think the debate is right."

The debate is over how much privacy users give up in order to be protected. Stephenson used law enforcement as an example of why some data should be shared, describing how the police can use cell phone signals to locate a person in need.

Marissa Mayer, president and chief executive officer of Yahoo, emphasized that the government should provide transparency about what data is requested and collected when citizens use technology.

"When you go through security at the airport, when you sign up for a driver's license, you know exactly what you're disclosing to the government and you know what you get in exchange," Mayer said.

Salesforce.com Chairman and Chief Executive Officer Marc Benioff added: "If everybody saw the detail, they would probably be completely comfortable. How can you trust something you don't know?"

Chambers called interconnectedness through devices "the biggest transition" coming to the digital world.

Mayer said mobile apps are at the root of the change. Apps from companies like Airbnb, which allows users to rent out rooms or entire homes, and TaskRabbit, which helps users find people nearby to help run errands and do small jobs, are making us more efficient.

When "you know exactly what's happening in your home," she said, "and you can verify who the person is who is going to be renting it and sharing it with you, it makes connecting and trusting those people that much easier."

The panelists were overall enthusiastic about the future of the technology industry.

"There's never been a more exciting time," Benioff said. "It's usually the Nobel laureates at the World Economic Forum doing the economic review and we took their spot this year because technology is really important."