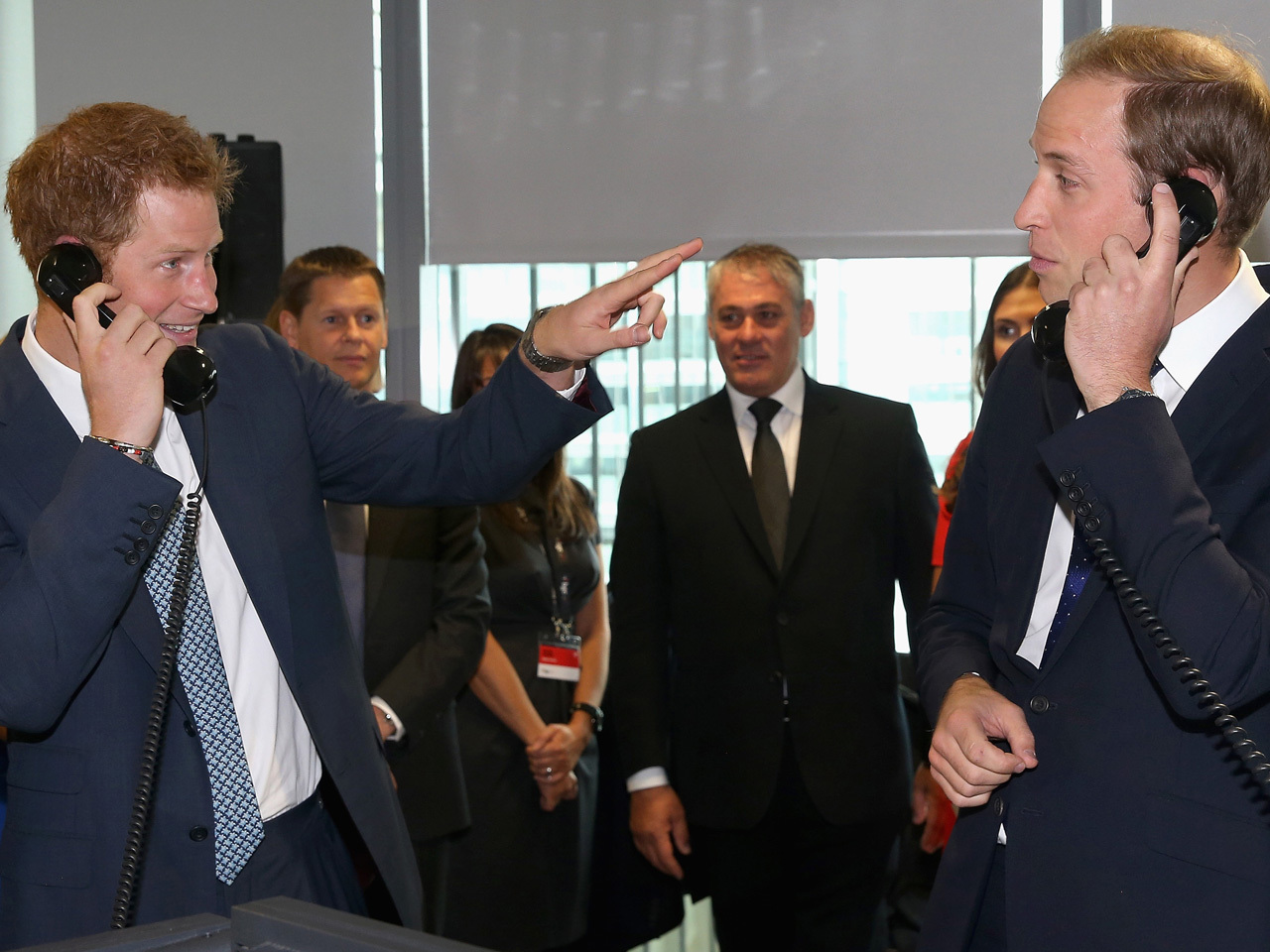 Assisted by professional traders, the royals took to the phones for an hour to broker deals, including one valued at 25 billion euros ($33 billion).

They also found time to joke around. Harry accused his older brother, the father of 2-month-old Prince George, of indulging in "baby chat"rather than sealing the deal.

William, who works as a search and rescue pilot for the Royal Air Force, conceded: "I'm much better at helicopters."

The annual event is run by BGC Partners, which lost 658 employees in the U.S. during the 2001 terror attacks.