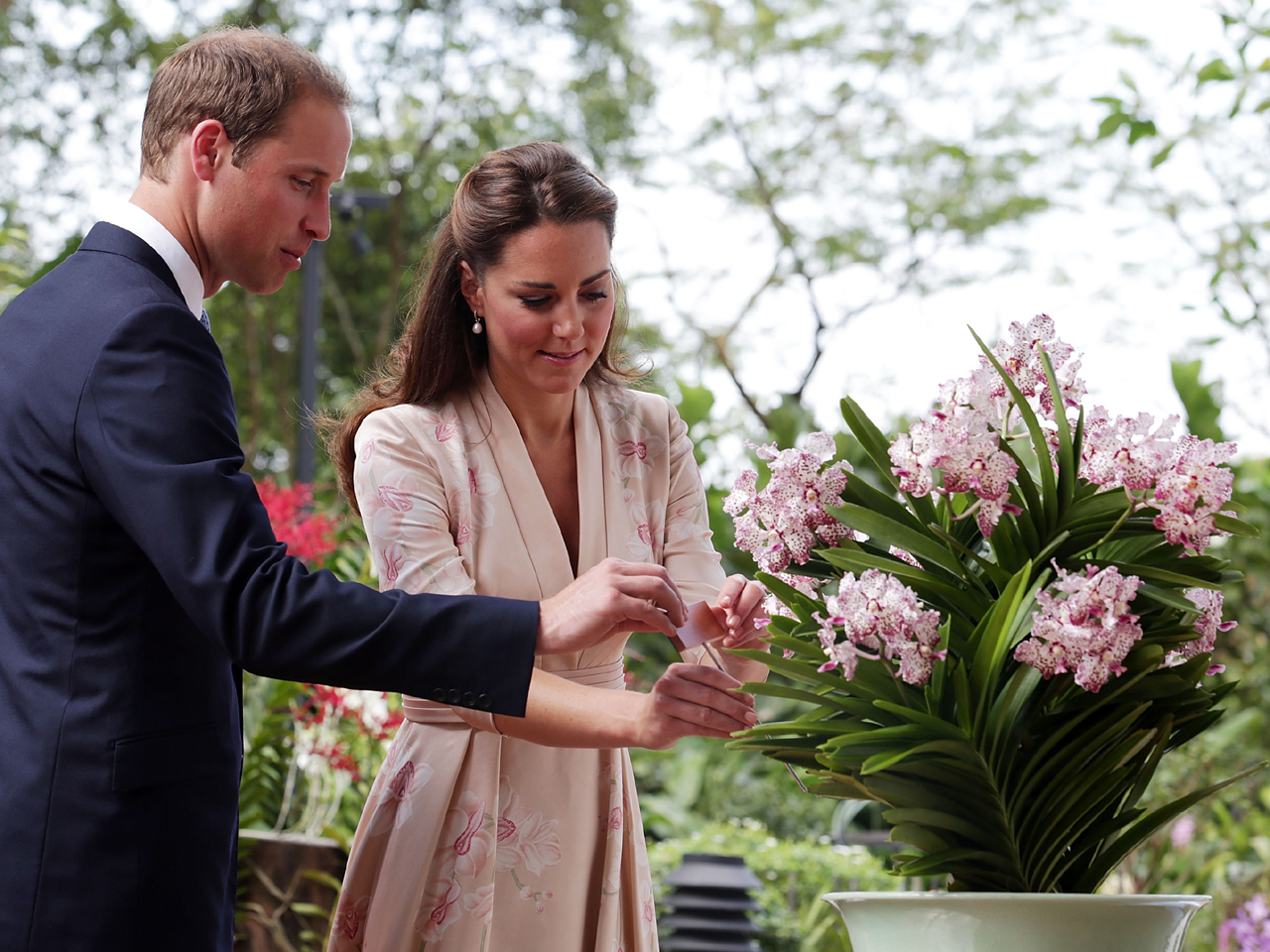 (CBS News) Prince William, the Duke of Cambridge, and his wife, Catherine, formerly Kate Middleton, kicked off day one of their nine-day tour through Asia Tuesday in celebration of the Queen and her 60 years on the throne.

They'll visit the tiny British Commonwealth nations of Tuvalu and the Solomon Islands, and they'll make a stop in Malaysia, but it all began in Singapore.

It's a pretty glamorous itinerary through Southeast Asia and the South Pacific islands, but it's certainly not all play for William and Kate. All eyes will be on this couple on their most extensive overseas tour to date, representing the queen as the next generation of diplomats.

The Duke and Duchess of Cambridge flew commercial aircraft on their 13-hour flight from London and were given a modest, but warm reception at the airport in Singapore.

It's the first royal visit here since 2006, when the queen made what was her third visit to this tiny nation - once ruled by the British from 1824 to 1959.

At the sprawling Singapore Botanic Gardens, an orchid was named in honor of the royal couple.

Nigel Taylor, director of the Singapore Botanic Gardens, said the orchid selected for the royal couple is "an especially beautiful one." He said, "We wanted to have a very special orchid for a very special couple."

Of course - there's one for the queen - to mark her first official visit to Singapore 40 years ago.

But, it's the pure white orchid that may have resonated most with the young royal couple. It was dedicated to Prince William's mother, Princess Diana.

Taylor said Diana "was going to come to Singapore to have it presented to her. But, sadly, when the decision to name it had already been taken, and the orchid chosen, she then died."

The couple will stay at the colonial-era Raffles Hotel, perhaps best known for its "Singapore Sling" cocktail. The hotel is named after Sir Thomas Stamford Raffles who discovered the deep ports of this city for the British East India Trading Company.

It has been a busy 16 months for the royal couple since they were married in 2011 in a ceremony watched by more than 2 billion people around the world. No sooner had the confetti settled that they embarked on their first official overseas trip together last summer. In Canada, they visited the local rodeo and showed their mutual interest in sport by taking a canoeing trip. In Los Angeles, another theme was on display, their dedication to disadvantaged children on Skid Row.

This dazzling couple is able to shine a royal spotlight just about anywhere they go.

To watch Seth Doane's full report, watch the video in the player above.