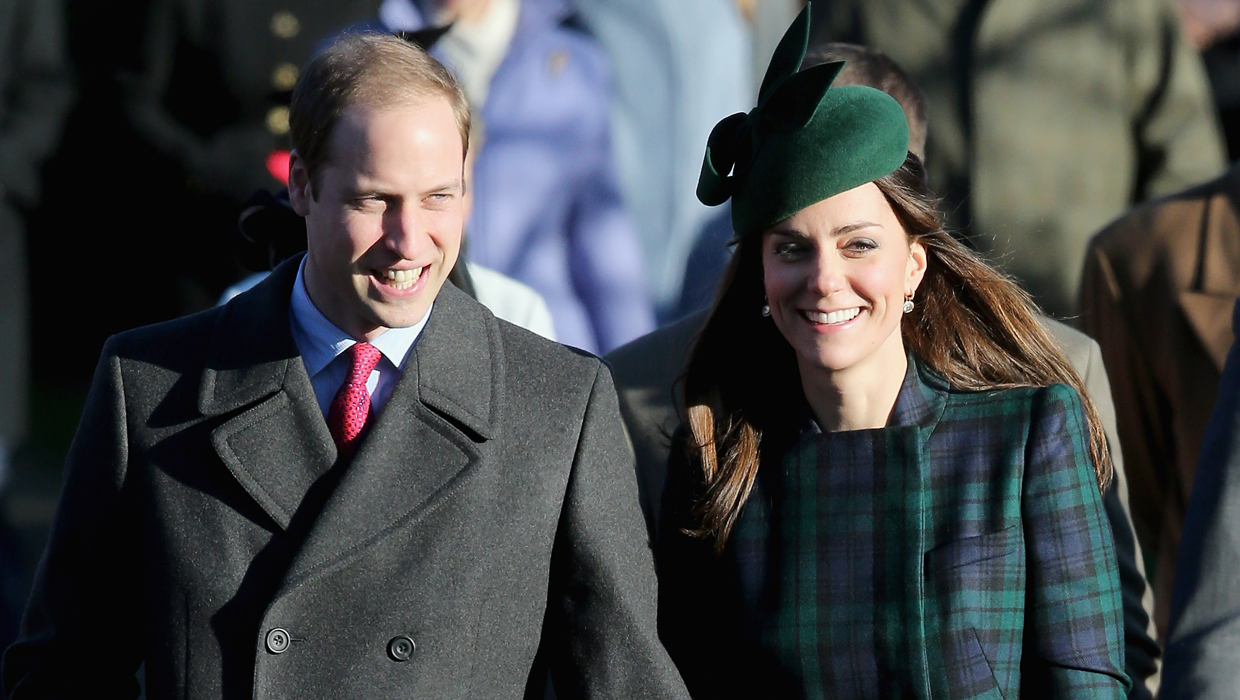 Britain's royals turned out in force Wednesday for a Christmas Day church service, but the newest member of the family was nowhere in sight.

William and Kate, Duchess of Cambridge, held hands as they joined other royals walking to the annual service at St. Mary Magdalene Church on the estate. Kate, 31, wore an Alexander McQueen plaid coat for the occasion, topped off with a green Gina Foster hat.

Many of the well-wishers gathered near the church had hoped to catch a glimpse of Prince George, the newest member of the royal family. But the 5-month-old prince was nowhere to be seen, reportedly left back at home during the service.

Cicely Howard said she asked about the baby when she greeted Kate outside the church, according to the Daily Mail. Howard said Kate described George as being "more interested in the wrapping paper than the presents."

William, 31, also reportedly told the crowd, "We've had a good morning with George and I can't wait until next year when he's bigger."

The queen, wearing an orange coat and black fur hat, arrived for the service by car accompanied by her granddaughter Zara Tindall, who is currently expecting her first child.

Kate and the queen were also photographed exchanging a warm greeting Wednesday as they arrived at church on the Sandringham estate.

The queen paid tribute to family and milestones in her traditional, pre-recorded Christmas message, urging reflection.

"With so many distractions, it is easy to forget to pause and take stock," she said in the message, which was recorded earlier this month in a blue drawing room at Buckingham Palace.

Seated at a table decorated with pictures of her immediate family, the 87-year-old monarch touched on prominent events over the past year -- from the service that marked the 60th anniversary of her coronation to the birth of George.

The birth of a baby "gives everyone the chance to contemplate the future with renewed happiness and hope," she said. The queen's message -- the latest in a royal tradition that began with a radio address by King George V in 1932 -- also contemplated the role of the Commonwealth and looked ahead to the Commonwealth Games being held in Glasgow next year.

The queen has made a prerecorded Christmas broadcast on radio since 1952 and on television since 1957. She writes the messages herself and the broadcasts mark a rare occasion on which the queen voices her own opinion without government consultation.