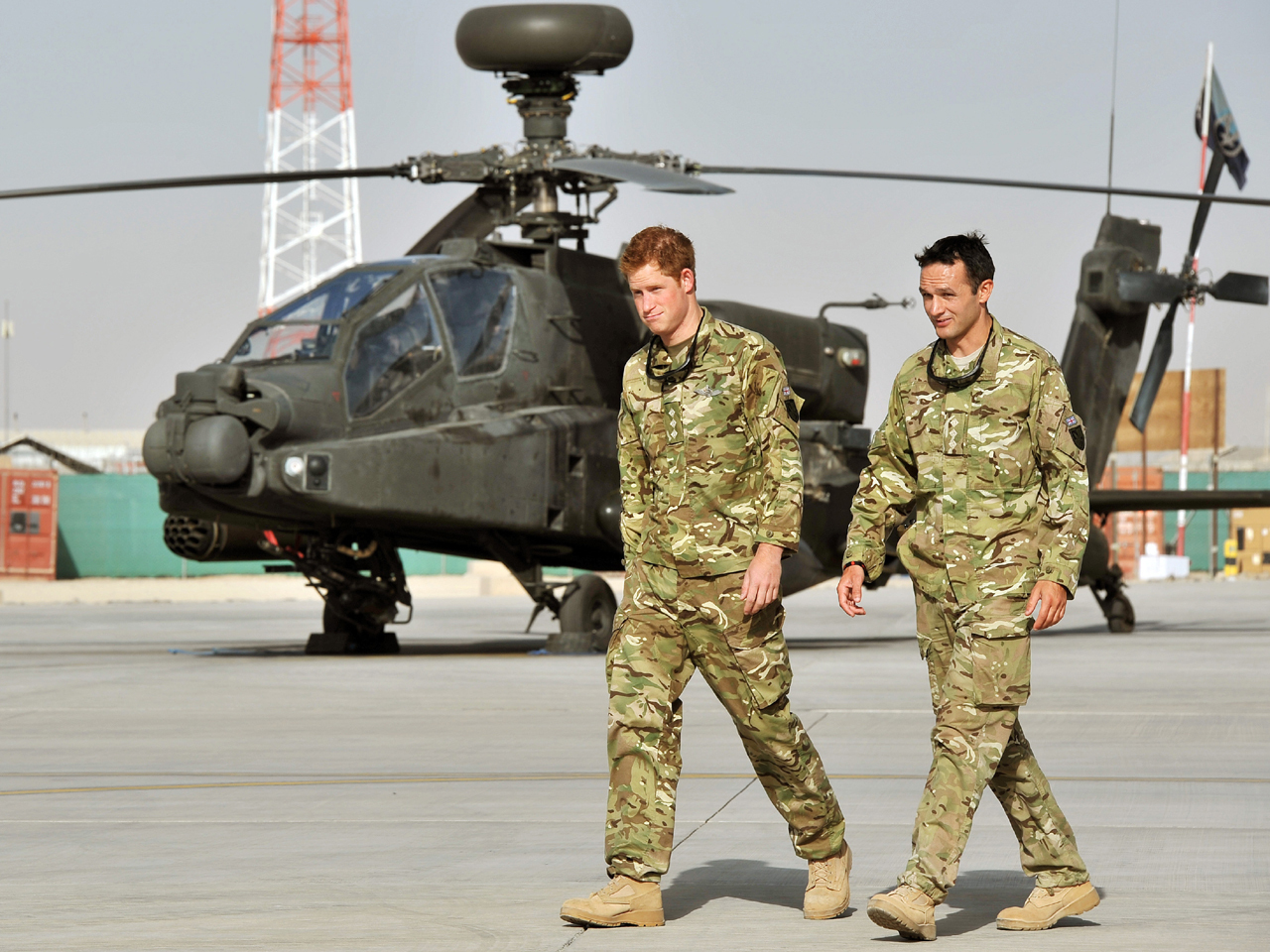 (CBS News) LONDON - Prince Harry has always argued that there was no point training him if he wasn't going to be used on the front lines of Britain's war effort. It's an argument he's now won. The 27-year-old royal is back in Afghanistan, and much as the U.K. military may argue he's just another soldier, he simply isn't.

It's the prince's second tour of duty in Afghanistan. His deployment and travel to the country were arranged and carried out in secrecy for security reasons. He may be back on the front lines now, but Harry's first battle was just getting there.

He last fought in Afghanistan in 2008, and he's been fighting to get back ever since.

"At the end of the day, I've done my training. It's cost the army money to train me," Harry told CBS News in an interview earlier this year. "If they didn't think that they could get me out there again, then they wouldn't have put me through this training. It's as simple as that."

What Taliban advances could mean for the future of Afghanistan
More

His last deployment was cloaked in secrecy - a deal made with the British Press to in an effort to avoid Harry, and those fighting alongside him, from becoming prime targets. Making a casualty out of a prince would be propaganda coup for the Taliban. But the royal's cover was blown (video) by an Australian magazine. Harry's tour of duty went from the front lines, to the front pages in just hours.

Harry became, not a soldier, but an issue. Should the third in line to the British throne, such a high profile target, be in an active war zone in the first place?

As far as Harry was concerned, the answer was yes. Following his abbreviated tour, he threw himself back into training, rising to the rank of captain.

Harry has other roles, of course. He may still be the privileged aristocrat, but he's one who can still get himself into trouble, as demonstrated by the publication of photos showing his infamous Las Vegas "strip-pool" incident.

But he's also become part of the re-branding of the royal family. During the last year, Harry had begun to shed his image as a wild child, touring the Caribbean as the Queen's ambassador, running with Usain Bolt, the fastest man on the planet in Jamaica, and embracing world leaders as he traveled the world.

It is, of course, the hope in Britain's royal palaces that Harry will reassert that image on this Afghan tour of duty.

There is a key difference this time: The whole world knows Harry is in Afghanistan... including those who would like nothing better than to see his name added to the list of fallen soldiers.