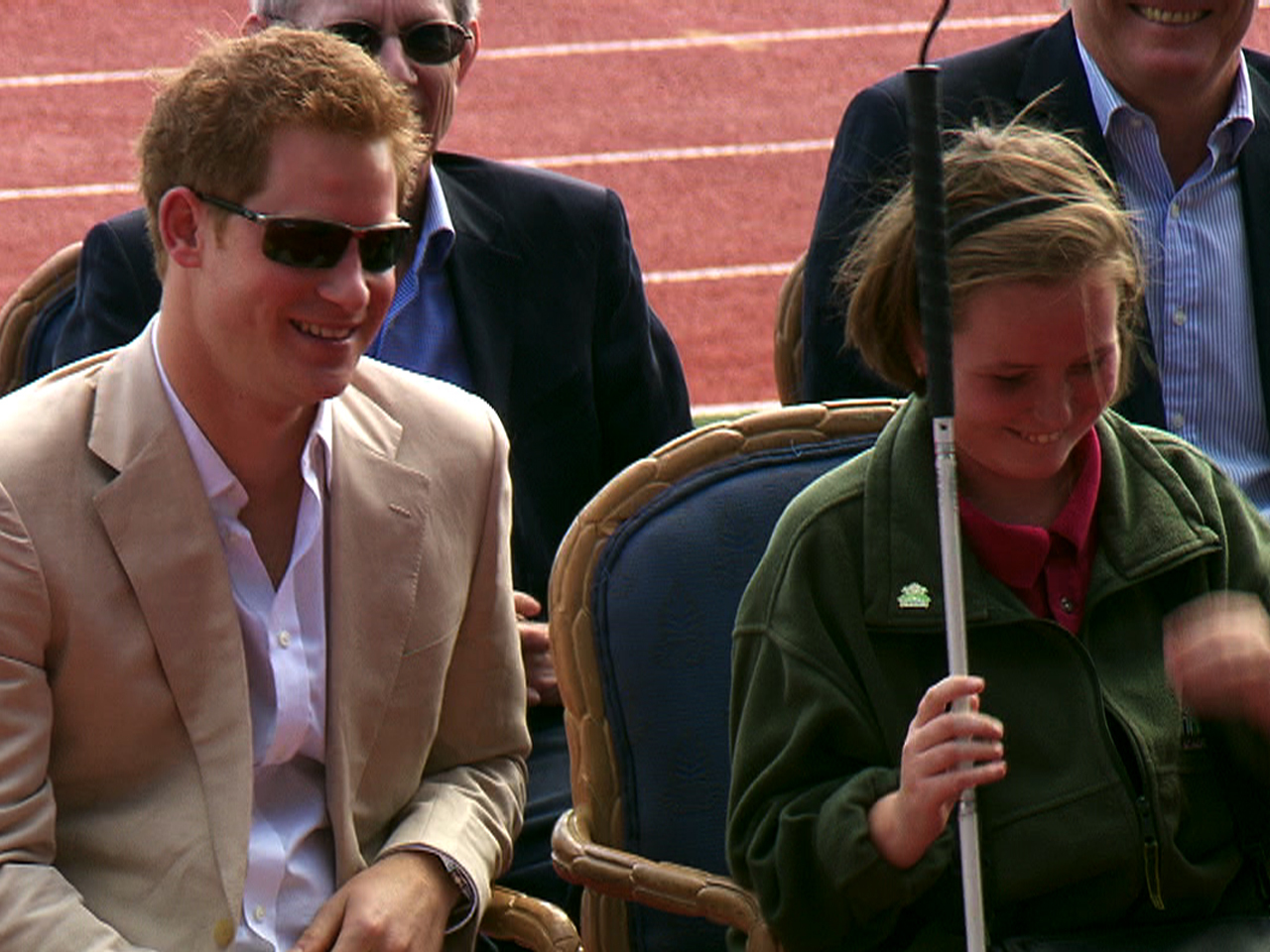 After a trip to Belize, followed by a very busy weekend in the Bahamas, the 27-year-old royal is now in Jamaica.

So far, all of these former British colonies are welcoming the prince with open arms.

In Nassau, the prince greeted an estimated 12,0000 students at a stadium for a youth rally on Monday. It was the chance for the nation's brightest to shine, and a lucky few to share the stage.

One of those lucky few was 12-year-old Anna Albury. Albury, blind since birth, was honored as the Bahamas primary school student of the year. She sat beside the prince who is known for his heartthrob good looks.

"I was dying to meet the prince - for a long time - and now I finally got to meet him," Albury said.

When asked if she told her friends at school about the meeting, she said she did and the older girls gushed, "'Oh my gosh!'"

Following his speech, the prince asked Anna how he did.

The prince also showed an interest when he arrived in Jamaica Monday night when he was greeted by the troops dressed in full regalia for his arrival. It was a change from his grandmother's reception in 1983 when she walked past the troops. Harry, known as Captain Harry Wales in the British Army Air Corps, lingered and stopped to chat with them.

For Seth Doane's full report on Prince Harry's tour of the Caribbean, watch the video in the player above.