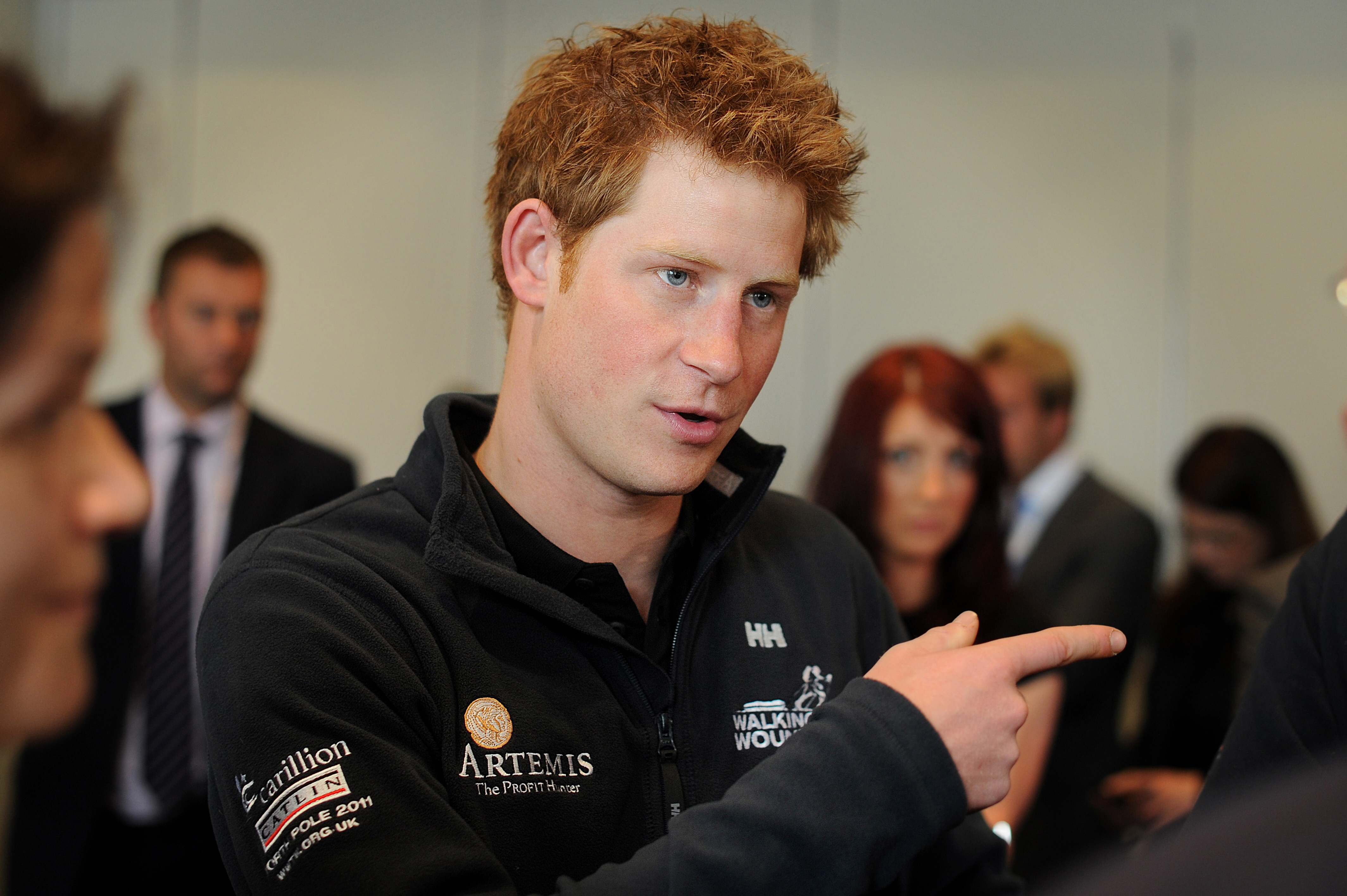 Prince Harry, the best man at the upcoming royal wedding and third-in-line to the English throne, is considered one of the world's most eligible bachelors. Will he be the next royal to marry?

Though the prince has an on-again, off-again romance with Chelsy Davy, many still take every opportunity to stare -- and swoon -- at the sight of the red-headed prince who once was considered the less attractive of Princess Diana's sons.

And today, CBS News Correspondent Michelle Miller got her chance to enter his royal presence at an event honoring Prince Harry's charity. The charity, called Walking with the Wounded, aids veterans who have been severely injured in Afghanistan or Iraq and have lost limbs in combat.

Miller said of seeing the 26-year-old prince, "Yeah, I'll have to tell you, he looks just as good in person as he does on camera. I snuck (sic) into the room. I was not supposed to be there. I had to be there. Why come all the way across the pond not to be among royalty? I mean, Erica, you'd do it, wouldn't you?"

"Of course," Hill said. "Thanks for taking one for the team."

The event was held to honor the veterans who made it into the record books. The men, who recently finished their journey, are the first group of amputees who have ever reached the geographic North Pole unsupported. The veterans endured negative 40-degree temperatures, trekking 190 miles across the polar ice cap. The prince spent time with the veterans prior to their trip and traveled a portion of the full distance.

The group raised more than $800,000 to help injured vets assimilate back into society.

During the event at the British Film Academy in London, Prince Harry said, "I think for me personally, (I'm) proud to be a British soldier to walk alongside these guys and behind them and in front of them and guys, for me personally, thank you very, very much. Thanks for taking me along. I really enjoyed it."

With Prince Harry's help, the veterans are still hoping to raise another $2 million.