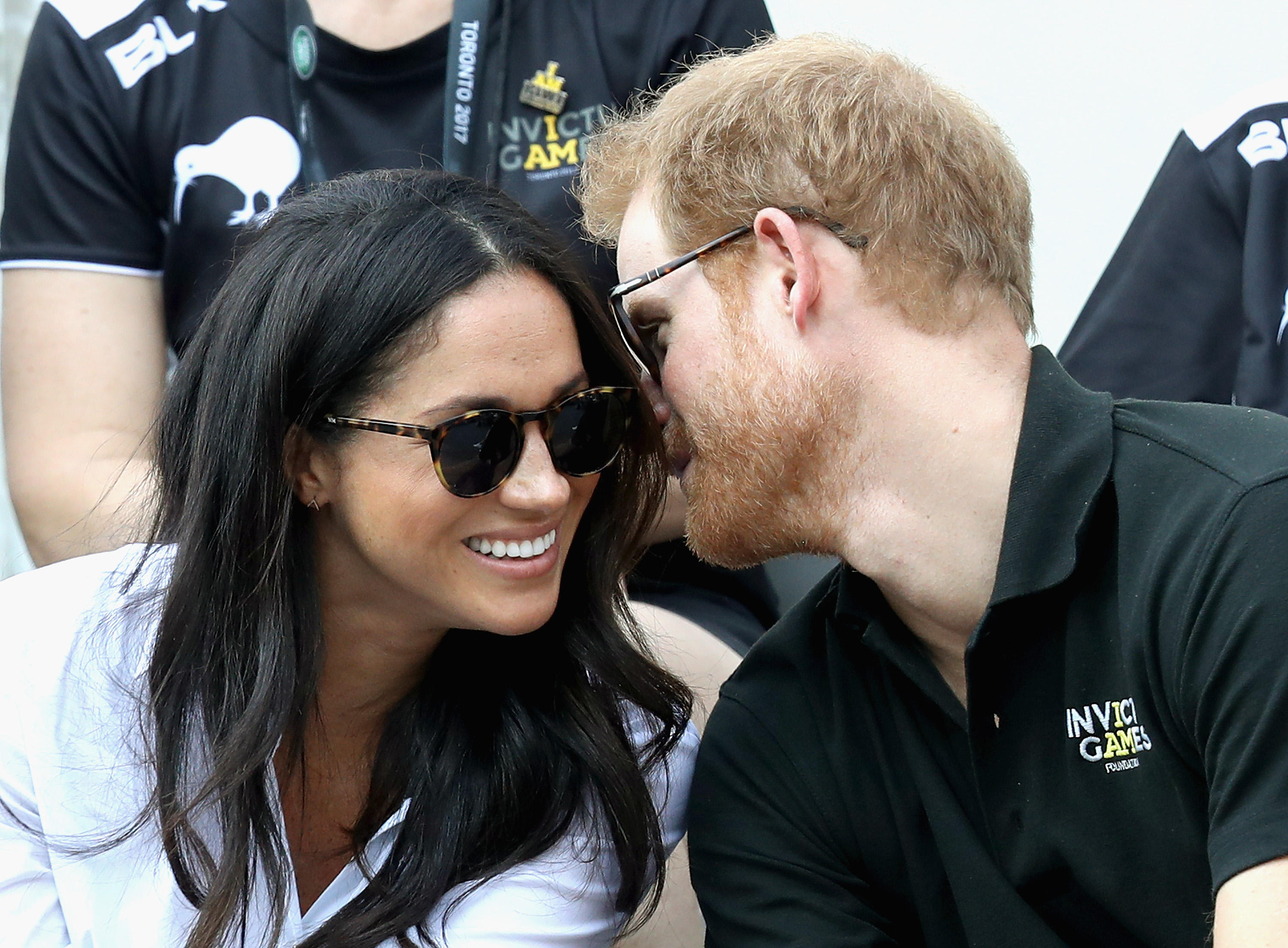 TORONTO -- Weeks after opening up about her relationship with Prince Harry, actress Meghan Markle made her first official public appearance with the royal as a couple.

The prince and Markle held hands Monday as they walked toward Toronto's city hall and attended a wheelchair tennis event at Harry's Invictus Games for wounded veterans.

Both were dressed casually, the prince sporting jeans with a black polo shirt while his girlfriend wore a white button-down shirt with blue jeans ripped at the knee.

Markle, a Toronto-based actor, appeared at the games' opening ceremony this weekend, cheering from the stands while Harry sat four rows and a section away beside Prime Minister Justin Trudeau and U.S. first lady Melania Trump.

The couple has been photographed together in the past but this is the first time they have appeared together at an official event. The two sat together and took in a match of the wheelchair tennis between Australia and New Zealand at the small venue. Both wore sunglasses on an uncommonly hot sunny day for Toronto in late September.

Markle, 36, recently told Vanity Fair they're in love. Harry, 33, has been dating Markle since last year. He confirmed the relationship in November when he complained about intrusive press coverage.

The Vanity Fair interview prompted British bet-maker Betfair to offer 6-to-4 odds that the couple is engaged by the end of 2017 and 3-to-1 odds that they marry in 2018.

Best known as paralegal Rachel Zane in the US Network legal drama, "Suits," Markle has appeared on "General Hospital," ''CSI: Miami," ''Without A Trace" and "Castle." She also is a campaigner for gender equality.

The Invictus Games are the creation of Harry, who got the inspiration to help wounded and sick military personnel and their families after his two tours of duty in Afghanistan. This is the third Invictus Games. About 550 competitors from 17 countries are slated to compete in 12 sports over the next week.