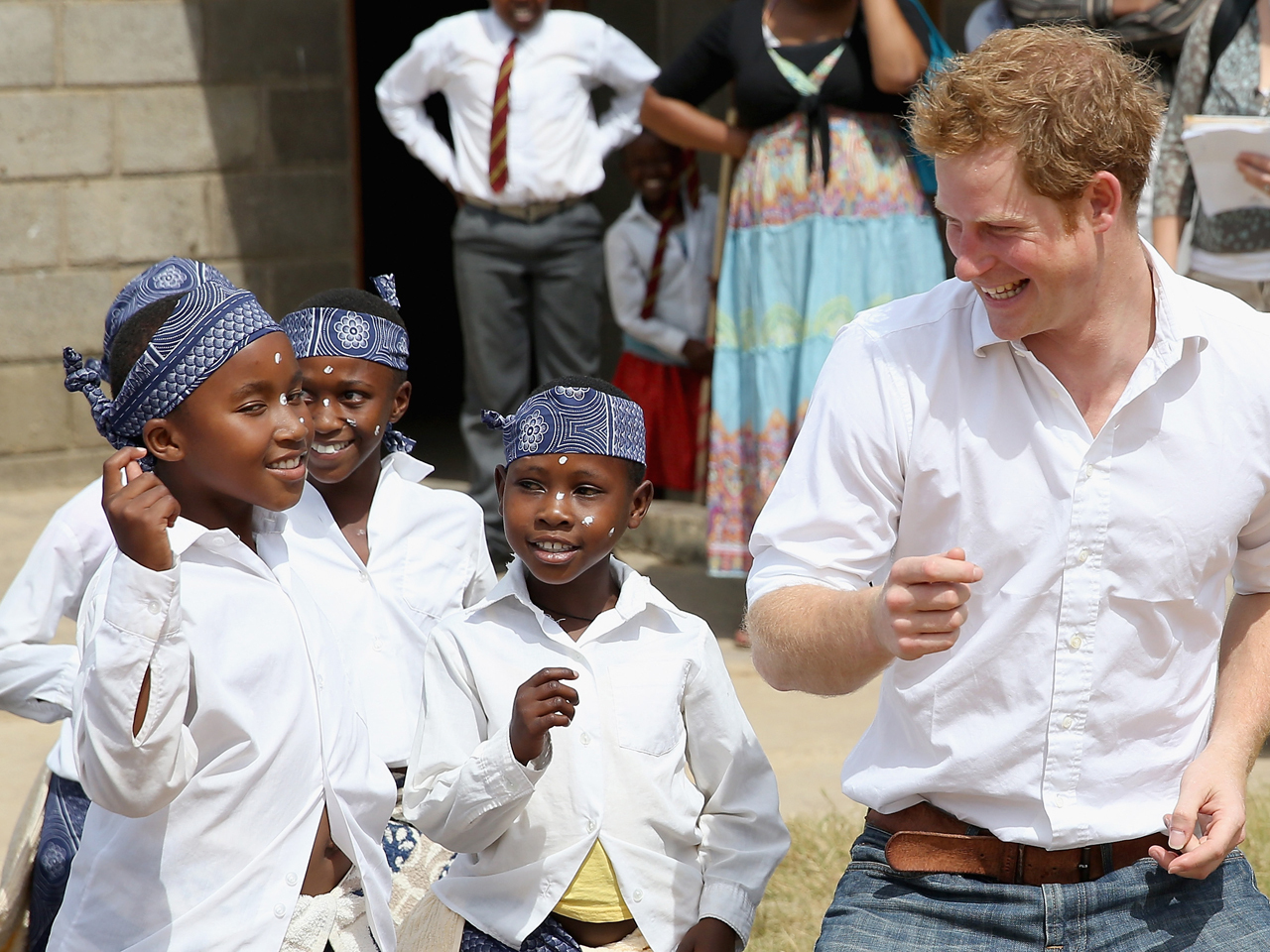 Prince Harry is giving back, and having fun while doing it.

The prince showed off some dance moves, got a cooking lesson and learned some sign language Wednesday during his trip to Africa, where he is visiting the countries of Lesotho and South Africa on behalf of his charity, Sentebale.

Harry co-founded Sentebale in 2006 with Prince Seeiso of Lesotho, in honor of their late mothers. The organization supports vulnerable children in Lesotho.

The 28-year-old prince visited the Kananelo Center for the Deaf, where he was welcomed by a "Hi, Harry!" sign written on a chalkboard. According to People, he attempted to learn some sign language from the children but quipped to Seeiso, "I'm never going to get this right."

He also tied on a teddy bear-printed apron and learned how to make "fat cakes" -- a traditional treat -- in the school's kitchen, and got down on his knees to learn some dance moves.

The two princes also visited St. Bernadette's School for the Blind in Maseru, the capital of Lesotho, where Harry was reportedly welcomed by a song sung in the Sesotho language.

Later Wednesday, Harry is set to travel to South Africa, where he will attend a fundraising dinner in Johannesburg.