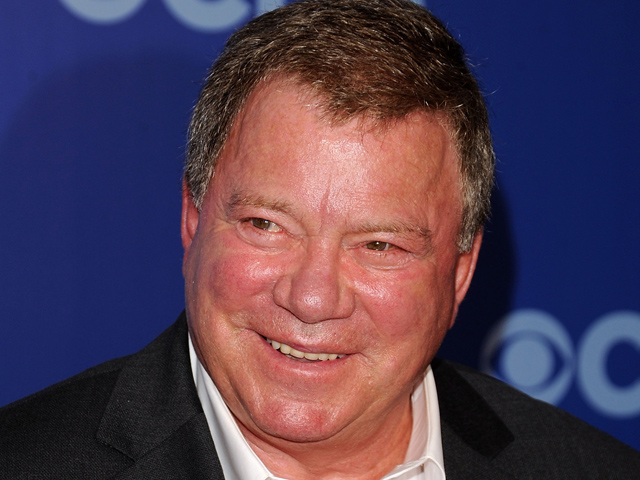 In a new 30-second TV spot for the travel site set to begin airing Monday, the Negotiator rescues panicked vacationers from a bus teetering on a bridge's railing.

"Save yourselves - some money," he says, handing his cellphone to a passenger as he and the bus tumble into a dry creek bed. A violent explosion, real and computer-generated, follows.

"I'm in grief mode," a droll Shatner said by phone Wednesday. "It's not the first time I've had an iconic character die off."

He's been a pitchman for Priceline for 14 years, five of those as the relentless Negotiator preaching the gospel of travel bargains. But an advertising change was needed to reflect the company's broader strategy, said Christopher Soder, CEO of Priceline.com North America.

"The challenge is harder to get people's attention than it used to be. ... So we decided to do something really over the top to get the message across," Soder said. The new spot will be on his company's website and, he hinted, may be part of next month's Super Bowl commercial extravaganza.

Shatner promoted Priceline as a site where travel prices are subject to bidding. But Priceline is also a set discount-price booking site for more than 200,000 hotels in 140 countries, an expanding service that is not widely known by consumers, Soder said.

The new direction makes sense, according to a marketing strategist.

"It's a tough decision, but the bottom line is Priceline had to do it," said Peter Sealey, adjunct professor at the Claremont Graduate University's school of management. "They're changing their business model from a name-your-price model to a fixed-price approach."

Shatner's Negotiator was just too good at representing the old approach, Sealey said.

"Had he been less effective, he could have been allowed to fade away," he said. "I don't know if I would have gone as far as the bus exploding."

Shatner, whose Kirk arguably had a less memorable death in 1994's "Star Trek: Generations," is philosophical about the turn of events. He's looking ahead to the debut next month on Broadway of "Shatner's World: We Just Live in It," his one-man show.

"It was a great run," the Emmy-winning actor ("Boston Legal" and "The Practice") said of the Priceline gig. But "if the management says this is the end, this is the end."

Does Soder fear backlash from those fond of Shatner and the Negotiator?

"We certainly hope not. We had a great, long association with Mr. Shatner," Soder said, adding hastily, "I didn't mean to use the past tense. He's still under contract with us."

True, said Shatner, an indefatigable 80 years old. So whether they use him again, he said merrily, "I'm going to make them pay through the nose."