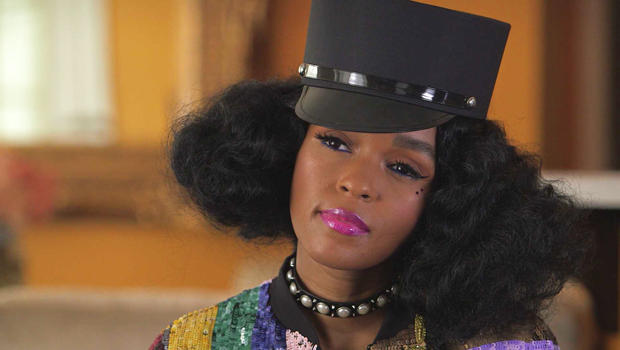 With a new album out, Janelle Monáe, a self-confessed "noncomformist," says this is her time in an interview with Tony Dokoupil for CBS' "Sunday Morning," to be broadcast April 29.

Monáe, who co-starred in the hit movies "Hidden Figures" and "Moonlight," tells Dokoupil her new collection of music, "Dirty Computer," deals with "what it means to reckon with how you're viewed in society."

The title of the new album reflects Monáe's love of science fiction.

"Dirty computers are taught that, you know, whether it be who they love or their race, or where they come from, their class, all those things are bugs and viruses, and you should be cleaned of those," she said.

To watch the music video of Janelle Monáe's "I Like That," from "Dirty Computer," click on the player below.

Monáe takes Dokoupil back to the working class Kansas City neighborhood where she grew up, to meet her parents, grandparents, aunts and uncles, and talks about her childhood, her musical style, and the loss of her mentor, Prince.

Monáe also opens up about her own identity and this time in her life.

"I think it's very important for people to be proud of their identity," she said. "I am very proud to be a queer, young black woman in America. I think that representation is very important. I am proud of who I am. I love myself and I want for all the dirty computers around the world to feel seen and to be heard and to feel celebrated, and to know that I'm right there with you."