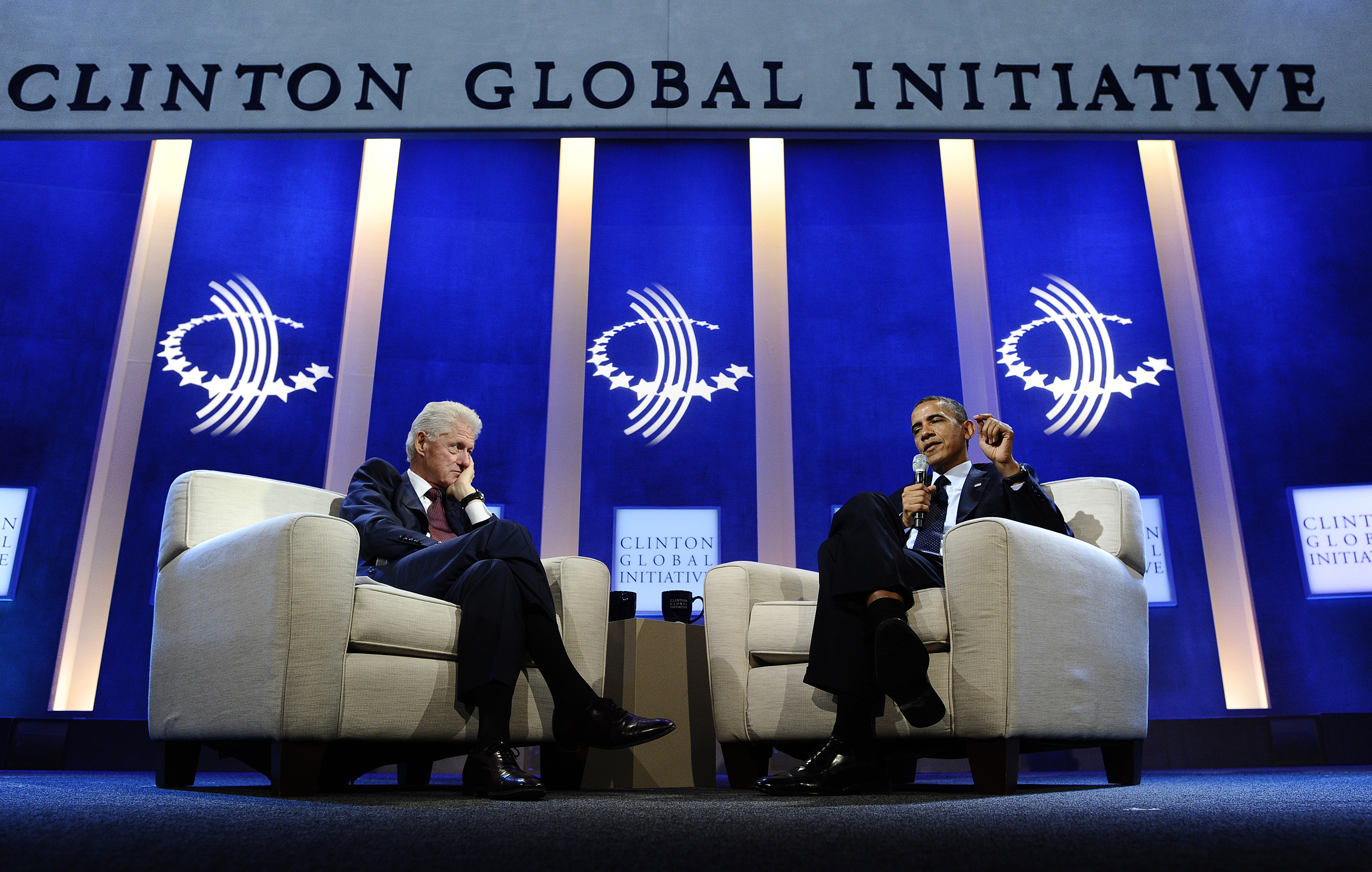 Joining forces under dimmed lights in a hotel ballroom in New York, Obama and Clinton laid out the law's benefits and its connection to the economy while dispelling what they called disinformation about its downsides. Clinton, acting as host, lobbed the questions; Obama answered with the eagerness of a guest on a daytime TV talk show.

It was a pair of presidents in dark suits, reclining on comfy, white chairs as they reflected on the effort that went in to passing the sweeping law, and the intense challenges facing its implementation. New exchanges where Americans can buy health insurance - a centerpiece of the law - open for enrollment on Oct. 1.

"I don't have pride of authorship for this thing, I just want the thing to work," Obama said. He added that he was confident Americans will be swayed by its advantages even though polls show they're deeply wary of the law. "The devil you know is always better than the devil you don't know."

Clinton felt free to point out some of the drawbacks in the law's implementation, while making clear that Obama was not the one to blame. For example, noting that the Supreme Court said states could not be forced to take Medicaid money to finance the expansion of health coverage.

"That's going to lead to a cruel result, and there's nothing the president can do, and it's not his fault. That's what the Supreme Court said," Clinton said.

The joint appearance, sponsored by the former president's foundation known as the Clinton Global Initiative, marks the start of a concerted campaign by the Obama administration and its allies to inform consumers about their options under the law. It also took place around the 20th anniversary of Clinton's address to a joint session of Congress calling for an overhaul of the health care system. That effort, by Clinton and former first lady Hillary Rodman Clinton, was unsuccessful.

Mrs. Clinton, who ran against Obama before becoming his first-term secretary of state, introduced the two presidents with a list of what they have in common. They're both left-handed, love golf and have fabulous daughters, she said. And one more thing:

"They each married far above themselves," Clinton said with a laugh.

Aware that a lack of participation could imperil the law's success, Obama noted the "unprecedented effort" by conservatives to block it, then repeal it, then scare Americans out of signing up for coverage. He said the budding effort to explain and promote it is in part about clearing up misconceptions that opponents have intentionally cultivated.

"Normally, this would be pretty straightforward," Obama said. "But let's face it - It's been a little political, this whole Obamacare thing."