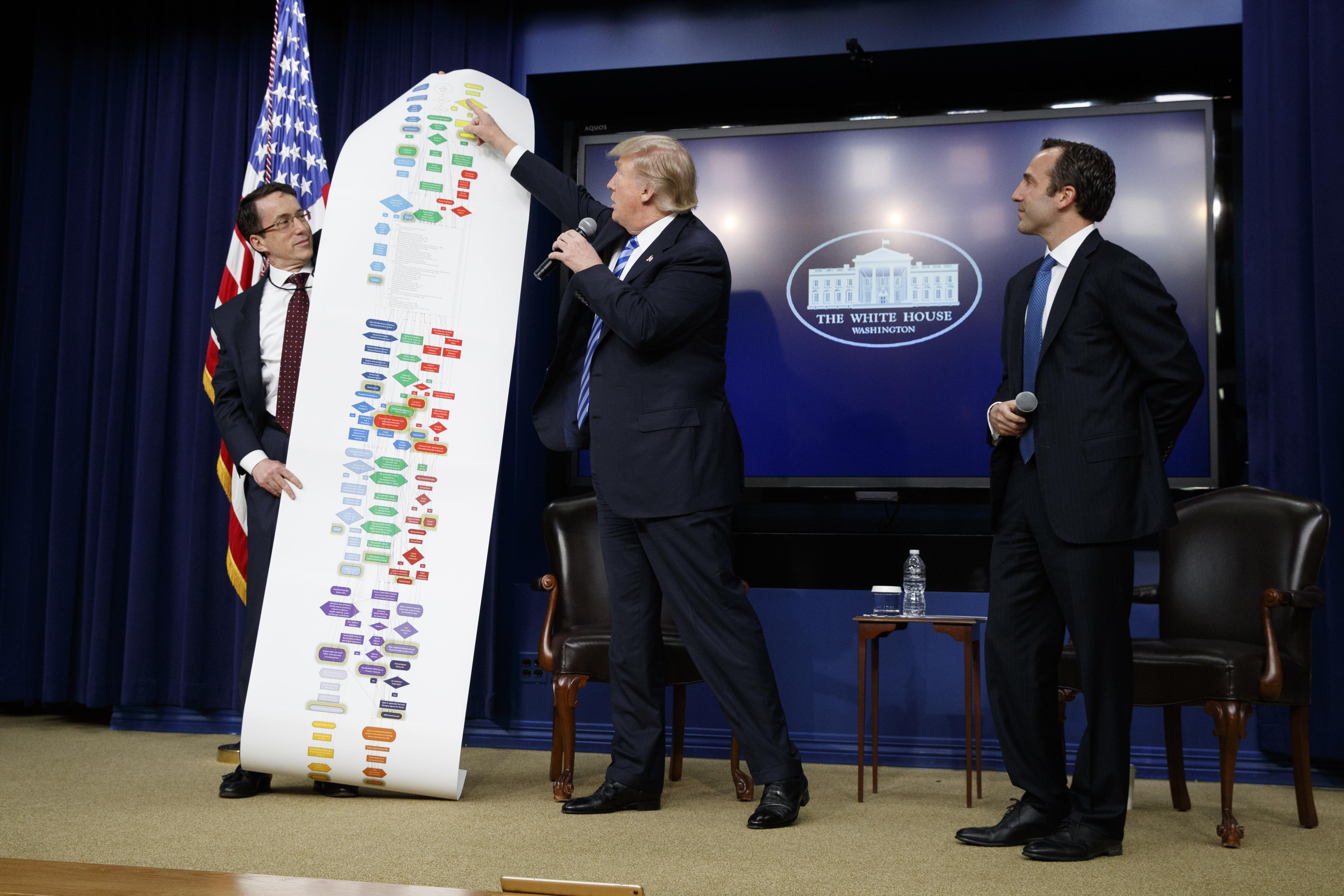 This morning, President Trump hosted a town hall with several CEOs to discuss his plans to deregulate business.

“Sixteen different approvals, 29 different statutes, 5 different executive orders that all apply to this process,” the former COO and President of Goldman Sachs said, the chart extending beyond his feet.

“You start up here,” Trump said, gesturing to the top of the chart. “This is anywhere from a 10- to a 20-year process,” he added, explaining that the process costs “hundreds of millions of dollars.”

According to the American Road and Transportation Builders Association, constructing a two-lane highway in rural areas can cost up to roughly $3 million per mile, and up to $5 million per mile in urban areas.

Mr. Trump repeatedly promised to revitalize America’s infrastructure during his presidential campaign, and he’s repeated it often since he took office.

In February, Commerce Secretary Wilbur Ross and Head of the National Trade Council Peter Navarro recommended that the government allocate $137 billion in tax credits for private investors working on infrastructure projects. The Ross-Navarro team estimates that these credits could spur investments of $1 trillion over the next decade.

Later Tuesday, Trump brought back the same chart at the “North America’s Building Trades Unions (NABTU) National Legislative Conference” in Washington, D.C., pointing out, “We’re getting rid of many of these regulations.”