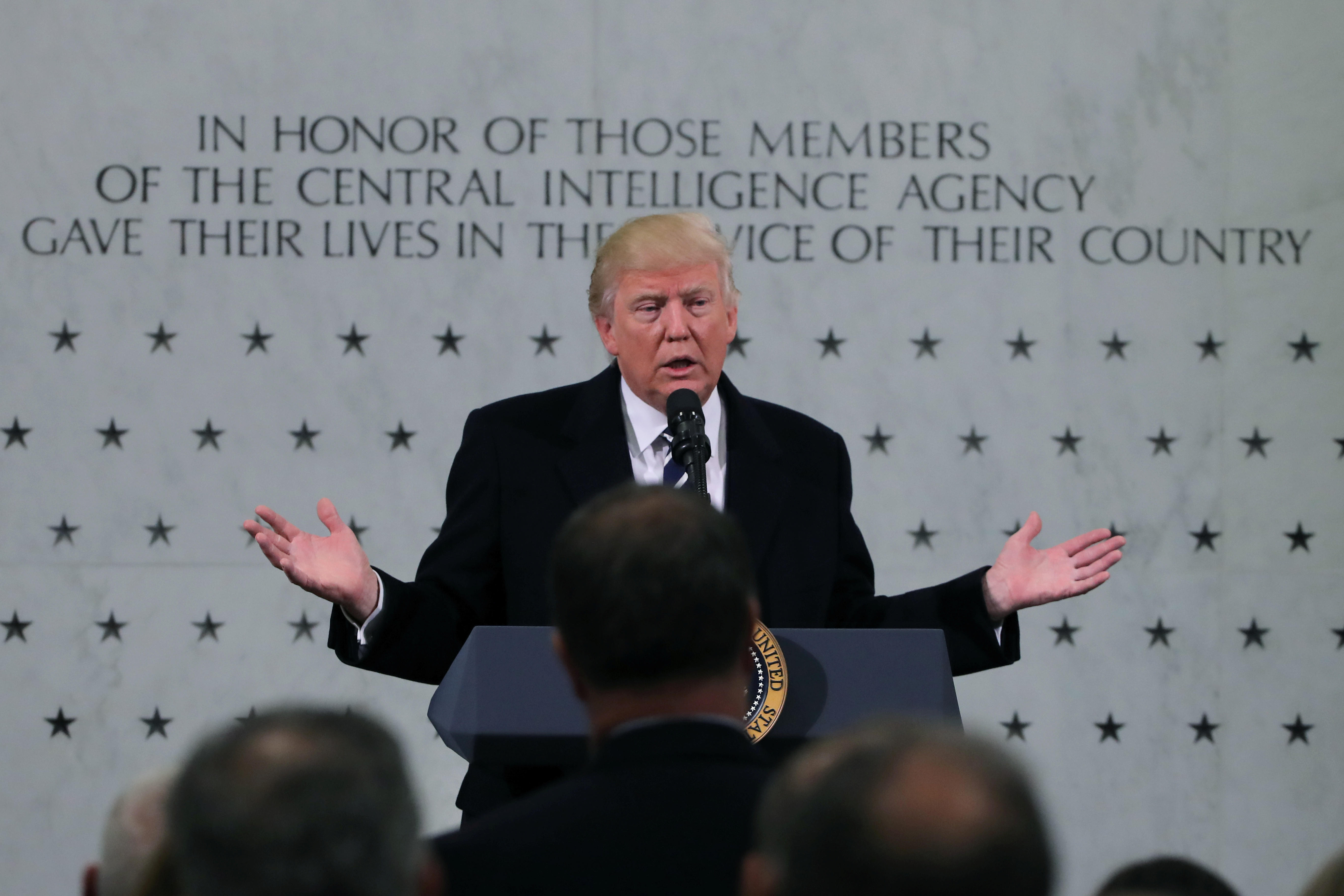 President Trump’s first official trip was to CIA headquarters in Langley, Virginia, on Saturday. His speech there was supposed to smooth over any bad feelings with the intelligence community, but it may have done exactly the opposite.

Before being sworn in as president, Mr. Trump reminded the intelligence community of the failures leading up to the war in Iraq and accused it of being the source of leaks, reports CBS News correspondent Jeff Pegues. The speech Saturday didn’t appear to mend fences, it left some current and former CIA officials stunned and angered.

“There is nobody that feels stronger about the intelligence community and the CIA than Donald Trump,” Mr. Trump said.

Despite that pledge of support, U.S. intelligence officials tell CBS News Mr. Trump’s visit to CIA headquarters was “uncomfortable,” and that he “made relations with the intelligence community worse.”

During the speech in front of a memorial wall dedicated to fallen CIA officers, Mr. Trump blamed the media for creating drama between him and the agency.

“They sort of made it sound like I had a feud with intelligence community. And I just want to let you know the reason you’re the number-one stop, it is exactly the opposite,” Mr. Trump said.

“We didn’t think that sounded right. And in fact, we rated it false,” Politifact editor Angie Holan said.

Holan looked into President Trump’s claims and found that over the last couple of months, Mr. Trump had been critical of the intelligence community, even saying at one point he didn’t trust them.

“Very easy to use them, but I won’t use them because they’ve made such bad decisions,” Mr. Trump said in a Fox News interview last August.

He stepped up his criticism after all 17 intelligence agencies concluded that the Russian government was behind a wave of cyberattacks to influence the election.

“I think it’s just another excuse. I don’t believe it,” Mr. Trump said on Fox News Sunday in December 2016.

“At that time he said that, this was the same intelligence community that had worked on weapons of destruction and Saddam Hussein. So that was a criticism,” Holan said.

When information leaked about an intelligence briefing earlier this month, in which Mr. Trump was informed of the existence of a dossier of unsubstantiated claims about him, he said: “I think it’s a disgrace. And I say that, and I say that. And that’s something that Nazi Germany would have done and did do.”

Two days later, a series of Mr. Trump’s tweets said the leaked information was “released by ‘Intelligence’ even knowing there is no proof, and never will be.”

The setting for the speech, the memorial wall, is considered sacred ground for the agency. Former CIA director John Brennan, who left the agency late last week, said over the weekend that he was saddened by the president’s statements and that the president should be ashamed of himself.