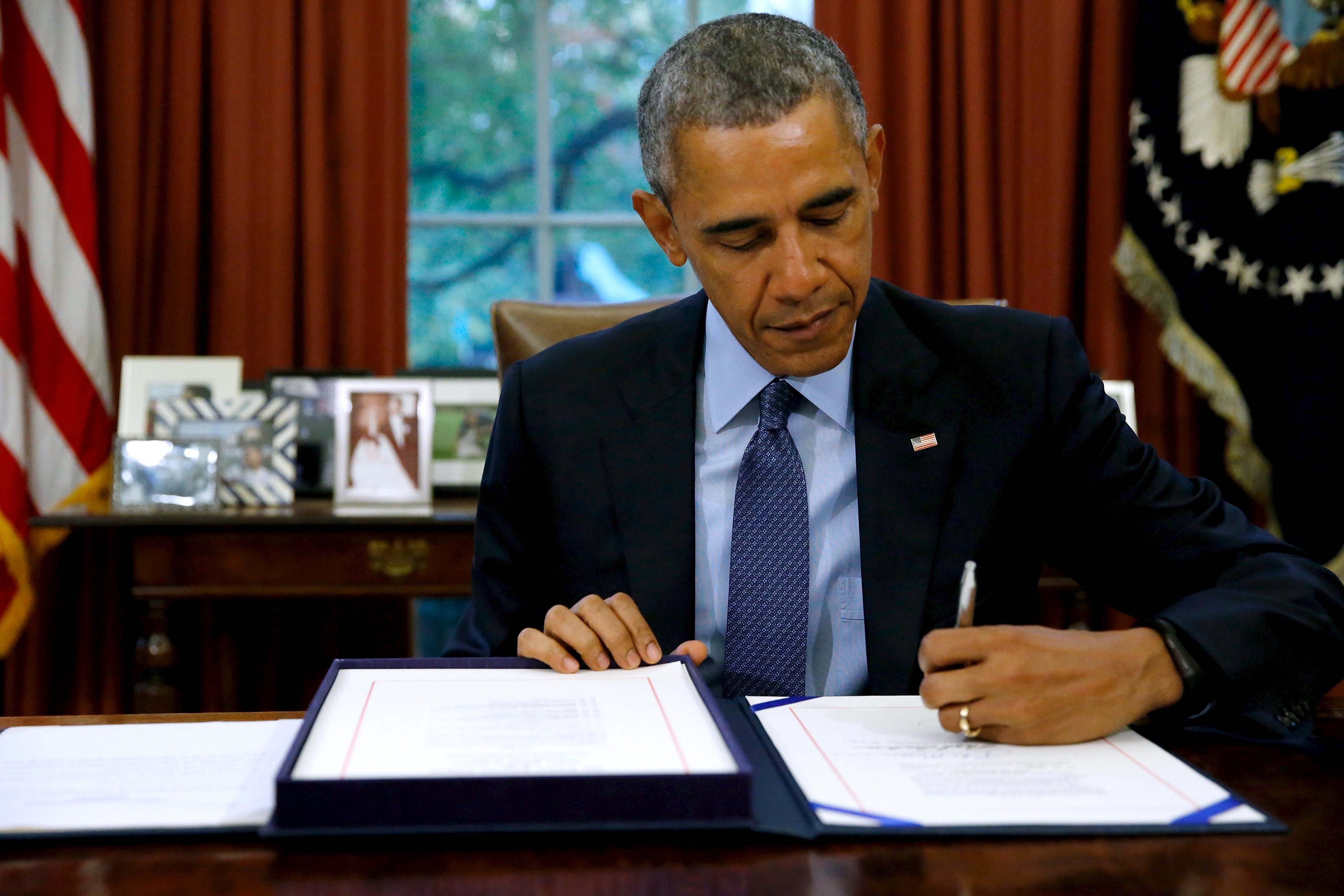 President Obama has signed the budget deal passed by Congress last week that raises the debt ceiling into March 2017 and lifts spending limits through September 2017.

"Last week, Democrats and Republicans came together to set up a responsible long-term budget process. What we now see is a budget that reflects our values, grows our economy, creates jobs and keeps America safe," Mr. Obama said from the Oval Office. "It should finally free us from the cycle of shutdown threats and last-minute fixes."

The deal emerged a week ago after weeks of secret negotiations between congressional leaders from the House and Senate and senior Obama administration officials.

It lifts domestic and Pentagon spending caps equally for the next two fiscal years by $80 billion and it raises the debt limit through March 15, 2017.

The Treasury Department had set Nov. 3 -- Tuesday -- as the deadline for Congress to deal with the debt ceiling or risk a default.

In addition to the spending increases, the agreement increases the Pentagon's war fund by $32 billion over the next two years. The fund is used for operations against the Islamic State in Iraq and Syria (ISIS).

To pay for the $80 billion in extra spending, the agreement finds savings in a range of areas. It implements long-term reforms to the Social Security Disability Insurance program and would keep the program solvent until 2022, thereby eliminating a 20 percent across-the-board cut in benefits that would have otherwise occurred next year.

It also allows the government to sell millions of oil barrels from the Strategic Petroleum Reserve, as well as portions of the wireless spectrum. The deal will also make it easier for the Internal Revenue Service to audit large partnerships like private equity firms and hedge funds.

The deal limits a 52 percent premium increase that would have hit 8 million beneficiaries of Medicare Part B next year.

While the agreement lifts spending caps put in place by a 2011 law, it doesn't fund the government. That's the next most pressing item on Congress's agenda.

Lawmakers must pass a new government spending package before Dec. 12, which will be based on the parameters of this new budget deal.