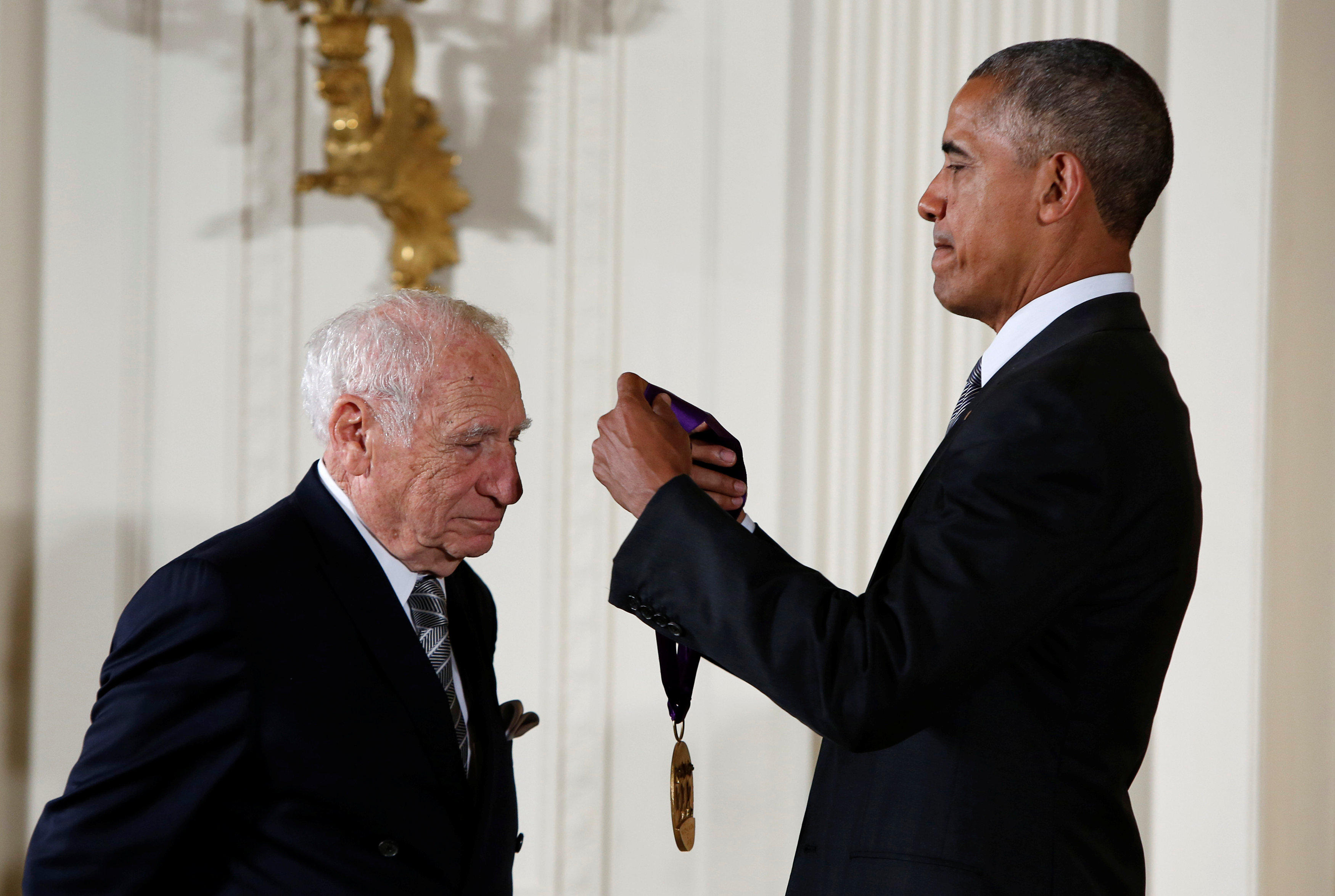 President Barack Obama honored Mel Brooks and Morgan Freeman, among others, for their contribution to the arts Thursday.

The two performers were part of a group of 12 who received the 2015 National Medal of Arts at a White House ceremony. Obama says those being honored are the best in their field and give every piece of themselves to their craft.

“The arts and humanities are in many ways reflective of our national soul, they’re central to who we are as Americans, dreamers and storytellers and innovators and visionaries,” he said. “They’re what helps us make sense of the past, the good and the bad, they’re how we chart a course for the future while leaving something of ourselves for the next generation to learn from.”

“Their paths and their mediums could hardly be more different, and that’s what makes them great,” Mr. Obama said. “They take their piece of this big, bold, diverse, energetic country, they reshape it and then they share it with us.”