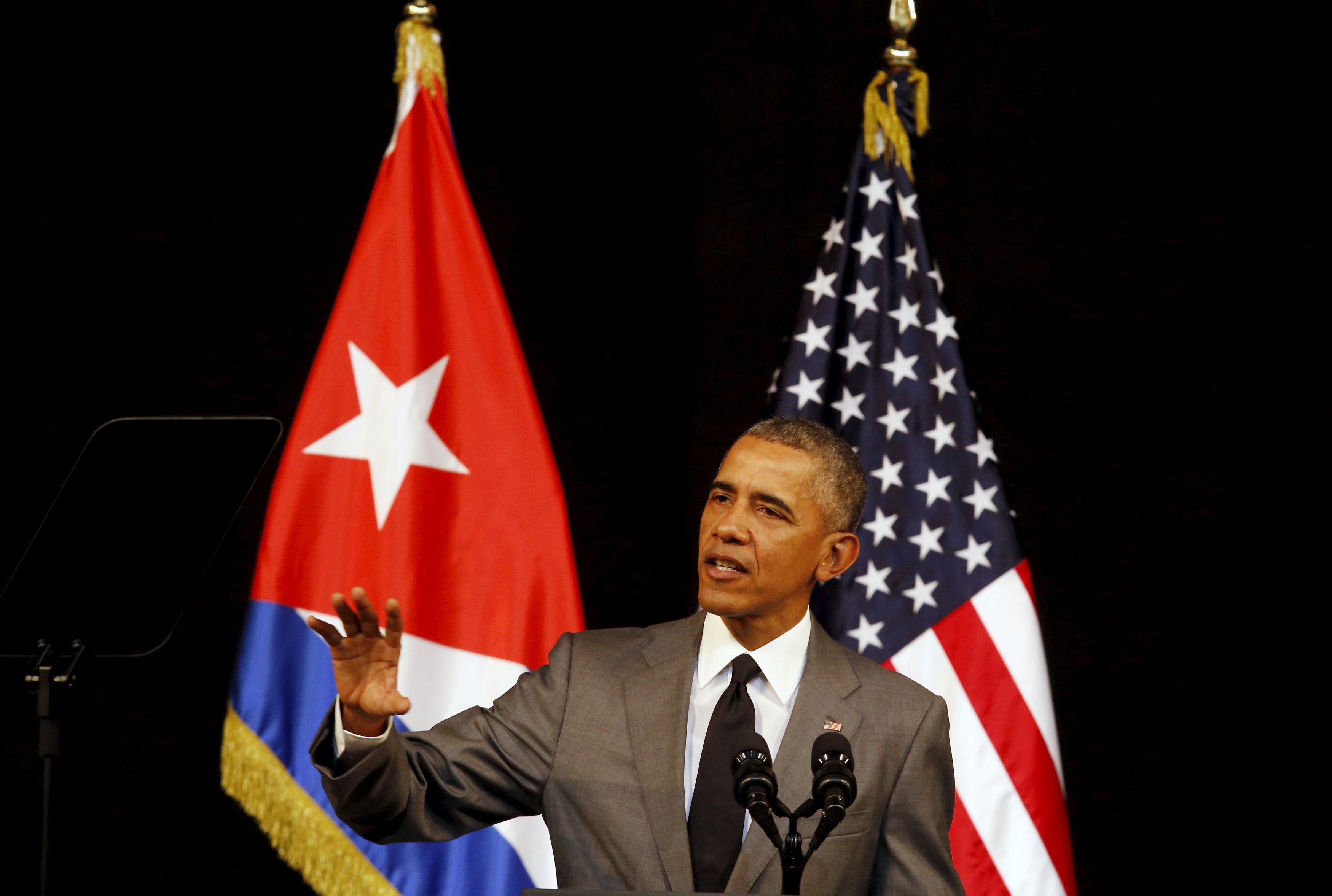 HAVANA, Cuba -- President Obama left Cuba Tuesday night for Argentina. He was in Havana when he got word of the attacks in Brussels -- and did not allow the terrorists to change his travel plans.

In a secure call early Tuesday morning, President Obama was briefed on the Brussels bombings.

"We will do whatever is necessary to support our friend and ally Belgium in bringing to justice those who are responsible," Mr. Obama said.

But at his keynote address, and with Cuban leader Raul Castro looking on, the president quickly turned back to his historic trip.

"I have come here to bury the last remnant of the Cold War in the Americas," he said.

He touted the benefits of democracy to a still-authoritarian country, and pointed to America's presidential campaign as proof that anything is possible.

"You have two Cuban-Americans in the Republican Party running against the legacy of a black man who is president, while arguing that they're the best person to beat the Democratic nominee who will either be a woman or a Democratic socialist," Mr. Obama said. "Who would have believed that back in 1959?"

Later the president and first family joined Castro at a baseball game between the Tampa Bay Rays and the Cuban national team.

After a moment of silence for the victims in Belgium, the mood lightened. The two leaders did the wave and cheered a play at the plate.

President Obama told ESPN that changing his schedule would have let the terrorists win.

"What they can do is scare and make people afraid and disrupt our daily lives and divide us, and as long as we don't allow that to happen, we're going to be okay," Mr. Obama said.

White House officials said they believe that terrorism is a persistent threat, but one that they can manage.

The president feels strongly that it shouldn't dominate the U.S. agenda.