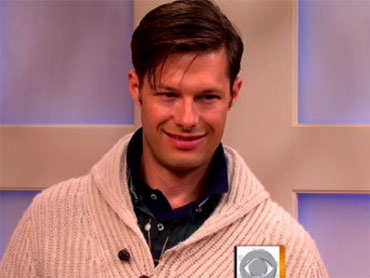 A century after the word was coined, and 30 years after the iconic handbook was written, "preppy" has returned.

It will be found everywhere this fall, according to "Early Show" style contributor Katrina Szish, who declares, "The All-American preppy aesthetic is back and bigger than ever," from penny-loafers to plaid, and the boarding school look and Bloody Marys, and all things in-between.

Long before preppy was stylish, Szish says, it was simply a way of life.

The term was originally coined a century ago to describe wealthy students at Northeastern prep schools.

They shared a common lifestyle and look, which gradually came to be defined as preppy.

In the 1950s, preppy's blueblood began seeping into society, due in part to America's fascination with preppy's first family, the Kennedys.

But it wasn't until the '80s, some 30 years later, that it burst into the mainstream, when "The Preppy Handbook," a tongue-in-cheek best-seller, laid out preppy essentials for the masses.

Clothes were just as memorable as characters in the timeless films of director John Hughes… where princesses and even punks were a little bit prep, Szish points out.

Designer Tommy Hilfiger got his start selling jeans from his basement. Now, he outfits preppies and hip-hop stars alike. He says preppy is "here today and here tomorrow. And it's something that will never really go out of style."

After lying low in the nineties, preppy has once again reinvented itself, this time led by pop stars and gossip girls.

Szish offered some guidelines of her own on "The Early Show" on preppy styles and many other aspects of preppiness circa 2010:

Details on the outfits seen in the video above: