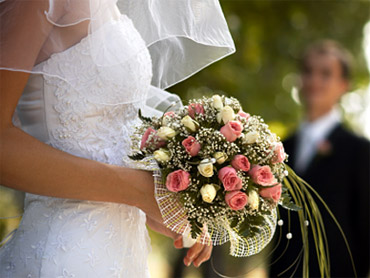 The year 2009 was about cutting back and saving pennies and worrying about the economy. But as we enter 2010, what can we expect on the consumer front?
"Early Show" consumer correspondent Susan Koeppen shared her consumer predictions for the New Year.

Koeppen said 2010 is going to be a big year for weddings.

"A lot of people getting engaged will be planning weddings for 2010," she said. "You'll see a busier year when it comes to weddings. A lot of people put off their weddings in 2009 because of the bad economy -- maybe they couldn't afford it. So you're going to see a busier June of 2010.

In addition, Koeppen said according to The Wedding Report, Inc., vintage clothing and shoes will be big items this year.

"A lot of brides will shop for those sorts of things this year," she said.
But what about the cost of the wedding?

According to The Wedding Report, Inc., Koeppen said brides and grooms will spend about $20,000 to $22,000 on their weddings this year.

Also, Koeppen said smaller weddings with fewer guests will also be a way people will try to keep the costs down.

As for the dining industry, Koeppen said restaurants will make the move toward locally grown produce, meats and seafoods to lure customers back from their 2009 recession dine-in and fast-food habits.

Koeppen said this is a good idea because it will offer more nutritious meals for kids and also smaller portions at a smaller price.

"Not everybody wants that huge hungry man meal," she said. "Now you will get a smaller meal and also a smaller price tag coming with that."

But how do you know about recalls in the coming year?

Koeppen said you can sign up for recall e-mails at Recalls.gov to find out about the latest recalls.

"I do this personally," Koeppen said. "Every single day I get an e-mail notification. Sometimes it pertains to me and sometimes it doesn't. You'll see the recalls going on. You can say, 'I own this product and now I know about the recall.'"