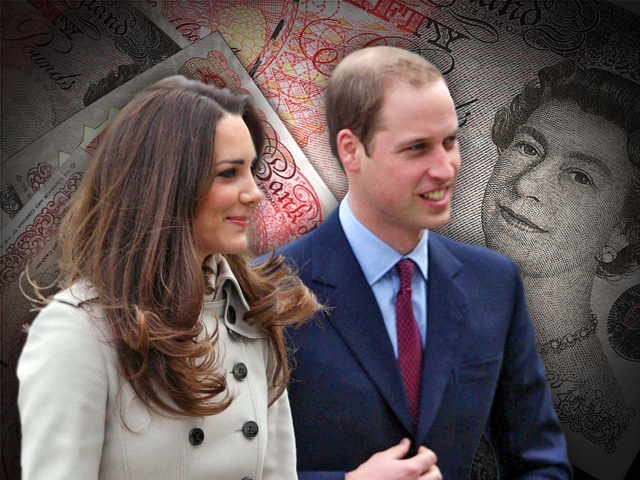 Prenuptial agreements aren't the stuff of this royal couple, CBS News Royal Contributor Victoria Arbiter said of Prince William and Kate Middleton, who are to be married on April 29.

Amid warnings that an agreement should be made, the royal watcher said on "The Early Show" she "highly doubts" there's actually going to be a prenuptial agreement between the two.

"They're common in America, but rare here in England, so much so that, while they do carry some weight in a court of law, they're not 100 percent legally binding," she explained. "Obviously, William has a vast wealth to protect, money in a trust from Diana and the queen mother, but he's intimated that divorce is not an option for him. He wants to avoid the pitfalls of former members of the royal family. He wants to make sure that the future of the monarchy is safe. A divorce would be catastrophic."

Co-anchor Erica Hill noted it's been said the future of the monarchy is riding on this marriage.

"No pressure there," she joked.

But on to a less serious topic: dresses.

Arbiter said the two were in the shop for three hours and Pippa carried what could have been a shoe bag.

"So possibly bridesmaids' shoes that they were trying to match out to the dress in question," Arbiter said. "There were lots of hugs and kisses when they arrived and when they left. Clearly a close relationship is developing. So Alice Temperley has entered the fold."

But what what designer will Kate be wearing?

The London Times, Arbiter said, is pretty sure that it's going to be Sarah Burton for Alexander McQueen's label.

"(The Times) is a reputable newspaper, so they won't risk their reputation on wild speculation," she said. "... (They're not) going to tell us anything until the day itself."

But it's possible that Kate Middleton may also wear several dresses throughout the day.

"It's going to be a long day," Arbiter said. "If Kate is wearing a Sarah Burton dress; it's going to be high-fashion. It's going to be a very intense dress. She'll continue to wear the first dress for the reception with the queen with Buckingham Palace. But when things get loosey-goosey later on in the evening and they get to kick up their heels and celebrate with their friends, she may change. Rumor has it that may be an Easter dress."

News of the reception has also come out that 19 different state rooms will be open for guests to mingle through.

"What a treat it is going to be. A serious opportunity of a lifetime," Arbiter said of the event.

She added, "I really like a couple of the tidbits we've received about these rooms. The white drawing room overlooks it gardens, but it also has a secret door, so that members of the royal family can make little discrete entrances and exits. The blue drawing room is breathtaking. It was the scene of the very first state ball ever held at Buckingham Palace in 1838 by Queen Victoria. And the picture gallery where the cake is said to be has the most beautiful, priceless works of art."