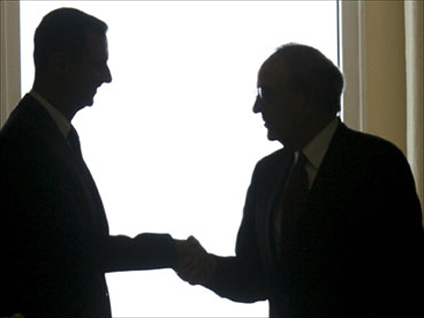 The news that Spc. Joe Darby tipped off Army investigators to abuses in Iraq's Abu Ghraib prison didn't come as a shock to those who know the 24-year-old soldier.

"He wasn't one that went along with his peers," said Robert Ewing, Darby's history teacher and football coach at North Star High in Boswell. The military policeman "didn't worry about what people thought."

"It doesn't surprise me a bit," his brother Larry Darby told the CBS News Early Show. "He knows right from wrong."

Darby, who is still on duty overseas, was commended in a military report for promptly alerting superiors in January after discovering photographs of fellow 372nd Military Police Company personnel taking part in abuse of prisoners at the prison.

Darby's tip led to an investigation of practices at the facility that have outraged people around the world and changed the tenor of America's war effort in Iraq.

Darby "didn't realize that he had done anything that was super special," said sister-in-law Maxine Carroll. "The way he looks at it, he was just doing his job."

Carroll said the family is concerned some people will view Darby's decision to turn in fellow soldiers as traitorous, rather than heroic, especially in Cresaptown, Md., where he lives and where the 372nd is based.

"It scares you a little," she said.

"My children, it's been good for them to see someone in our family do something courageous and right," Debbie Darby, another sister-in-law, told the Early Show. "But we're just — I'm a little concerned for repercussions that may come from it for Joe. I just hope that he'll be safe."

The military said Sunday that Spc. Jeremy C. Sivits, 24, of Hyndman, also from southwestern Pennsylvania, will be the first soldier to face a court martial in connection with the abuse. He faces trial May 19 in Baghdad.

The family didn't answer their front door Sunday and wouldn't comment when reached by phone. Sivits is the first of seven soldiers implicated in the abuse of prisoners at the prison.

In an interview late last month with The Associated Press, his father, Daniel Sivits, said his son was trained as a truck mechanic, not a prison guard, and would have gotten in trouble had he not followed orders to photograph the abused prisoners.

Jeremy Sivits' best man and former baseball coach — 32-year-old Jamey Ringler — said Sunday he thought that because Sivits grew up in a military family that he had believed following orders was the right thing to do.

"I'm sure he feels he was in the wrong, but it was beat into his head that he had to follow orders. So in a sense, in his mind, that was right," Ringler said.

About 25 miles to the northwest, friends and former neighbors said they are proud of Darby.

"There is just so much violence in the world, and someone has to stop it," said Gilbert Reffner, 50, who lived across the street from Darby when Darby was growing up. "Joe, he did his part."

The family moved to Jenners in the early 1990s, neighbors said, in southern Pennsylvania coal country just a few miles from the spot where an airliner hijacked by terrorists crashed on Sept. 11, 2001.

After he married his wife, Bernadette, the couple moved to Virginia, where he worked as an auto mechanic before enlisting. Debbie and Larry Darby told the Early Show that Spc. Darby served in Bosnia before heading to Iraq.

Reffner described Darby as polite and respectful. He said the family had little money when he was growing up. "He didn't have much at all," Reffner said. "But he was brought up properly. He was brought up to know right from wrong."

Carroll said her brother-in-law does not realize that he probably changed the course of history when he alerted a superior to the photographs of Iraqis being abused.

"We told him we were on our way to New York to do the 'Today' show. He didn't believe it," she said. "I think he kind of thinks we were just putting him on."