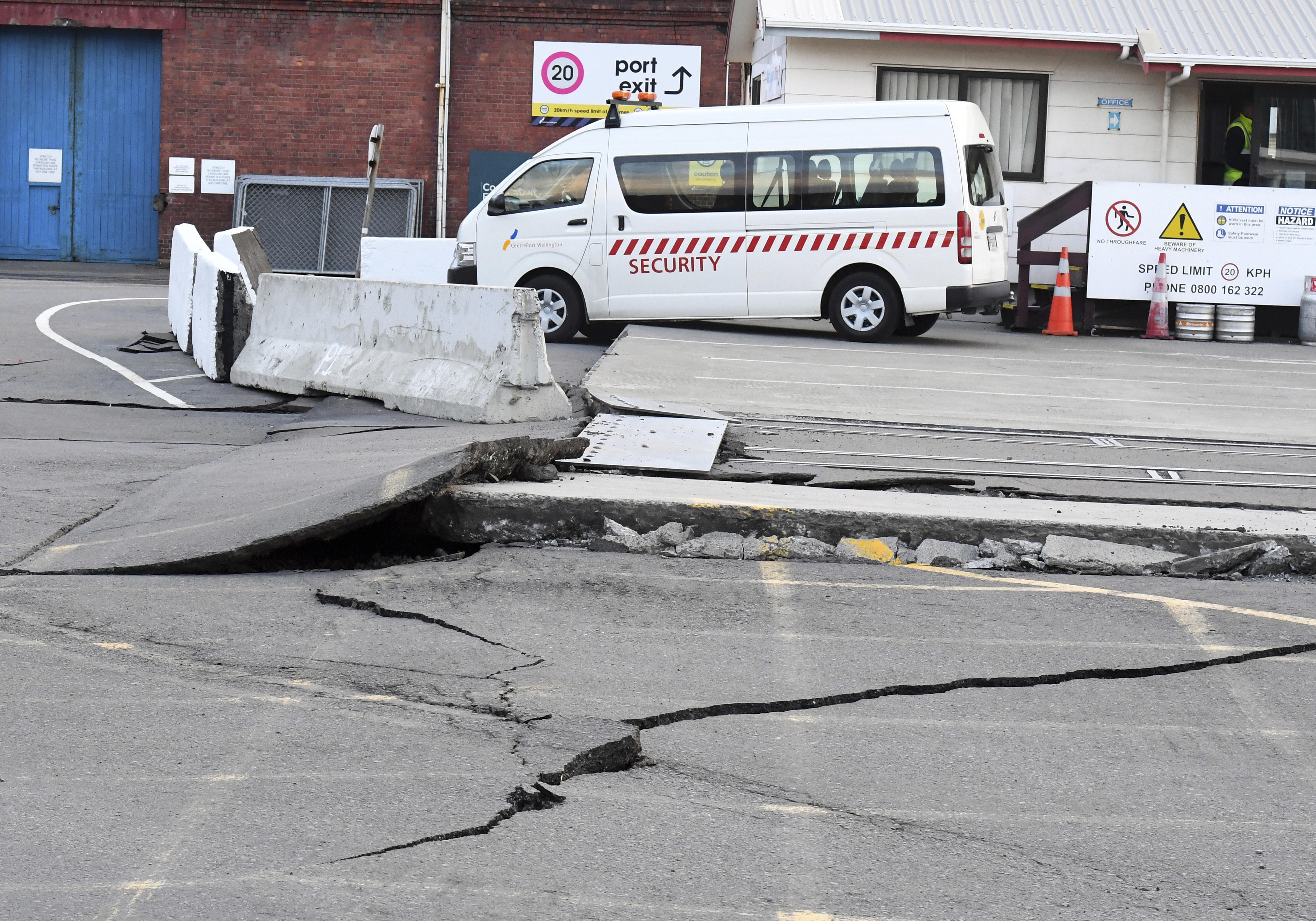 The quake caused damage to buildings and prompted emergency services to warn people along the coast to move to higher ground to avoid tsunami waves.

New Zealand Prime Minister John Key said Sunday at least two people were killed by the disaster. Police said one person died in the small coastal town of Kaikoura and another in Mt. Lyford, a nearby ski resort.

The scope of damage and size of the tsunami waves are not yet clear. The first tsunami wave struck several hours after the temblor.

The New Zealand Civil Defence Ministry warned that the first tsunami waves may not be the worst, and that tsunami activity could continue for several hours.

The quake knocked out New Zealand’s emergency call number, 111, for about 10 minutes, police reported. It caused items to fall from shelves and windows to break in Wellington, and forced hundreds of tourists onto the streets as hotels were evacuated.

New Zealand’s Ministry of Civil Defence and Emergency Management reported that a tsunami wave struck at about 1:50 a.m.

The magnitude-7.8 quake struck just after midnight Sunday and was centered 57 miles northeast of Christchurch, according to the U.S. Geological Survey. It was at a relatively shallow depth of 6 miles. Although Monday’s quake was stronger than the deadly 2011 tremor, its epicenter was much farther from any major urban areas.

Earthquakes tend to be more strongly felt on the surface when they’re shallow.

U.S. State Department spokesman John Kirby told CBS News correspondent Margaret Brennan that all U.S. personnel in the capital Wellington have been accounted for in the wake of the earthquake. Sec. John Kerry had left the country before it struck, and just landed in Singapore on his way to Oman when news of the quake was reported.

The quake completely cut off road access to Kaikoura, said resident Terry Thompson, who added that electricity and most phones were also down in the town of 2,000, a popular destination for tourists taking part in whale-watching expeditions.

Thompson was out of town but managed to reach his wife by cellphone during the night before her phone died.

“She said the glass exploded right out of the double ranch-slider,” he said. “The neighbor’s chimney was gone, there were breakages and things smashed everywhere.”

His wife helped a 93-year-old neighbor and a tourist into her car and drove to higher ground, he said.

“They stayed in the car all night but couldn’t sleep,” Thompson said. “They’re all very, very tired and concerned about the state of their property.”

As Monday’s quake hit, Christchurch resident Hannah Gin had just sat down in her living room to watch a replay of this weekend’s All Blacks versus Italy rugby match when her house started shaking. Upstairs, her mother let out a scream.

Gin, a 24-year-old lifelong Christchurch resident, is accustomed to quakes, so she said she sat calmly and waited, figuring the rumbling would stop in a few seconds. Instead, the shaking just went on and on - for at least three minutes, according to the clock on her phone, she said by phone.

The quake was far less violent than the one that struck her city in 2011, Gin said, adding that there was no jarring up and down or side to side, just a long, rolling sensation. But it went on for much longer than the typical quakes that strike the area, she said. She was less concerned about running for cover than she was about vomiting from the motion sickness, she said with a chuckle.

“I could hear the sliding door sliding back and forth and we’ve got washing hanging up and I could see the washing moving,” Gin said. “It just kept going and going.”

Her house, which was damaged in the 2011 quake, did not appear to have sustained any new damage from Monday’s quake, she said. She said she had heard from many of her friends who live in the city, and all were safe.

“As far as I know, everyone’s fine,” she said. “We’re all just really shaken.”

New Zealand is part of a geologically active region that’s often called the Pacific “Ring of Fire,” an arc of volcanoes and fault lines in the Pacific Basin.

A 2011 earthquake in the city of Christchurch destroyed much of the downtown and killed 185 people.

In 2014, a magnitude-6.7 earthquake struck off the New Zealand coast and rattled much of the country but resulted in few damages or injuries.