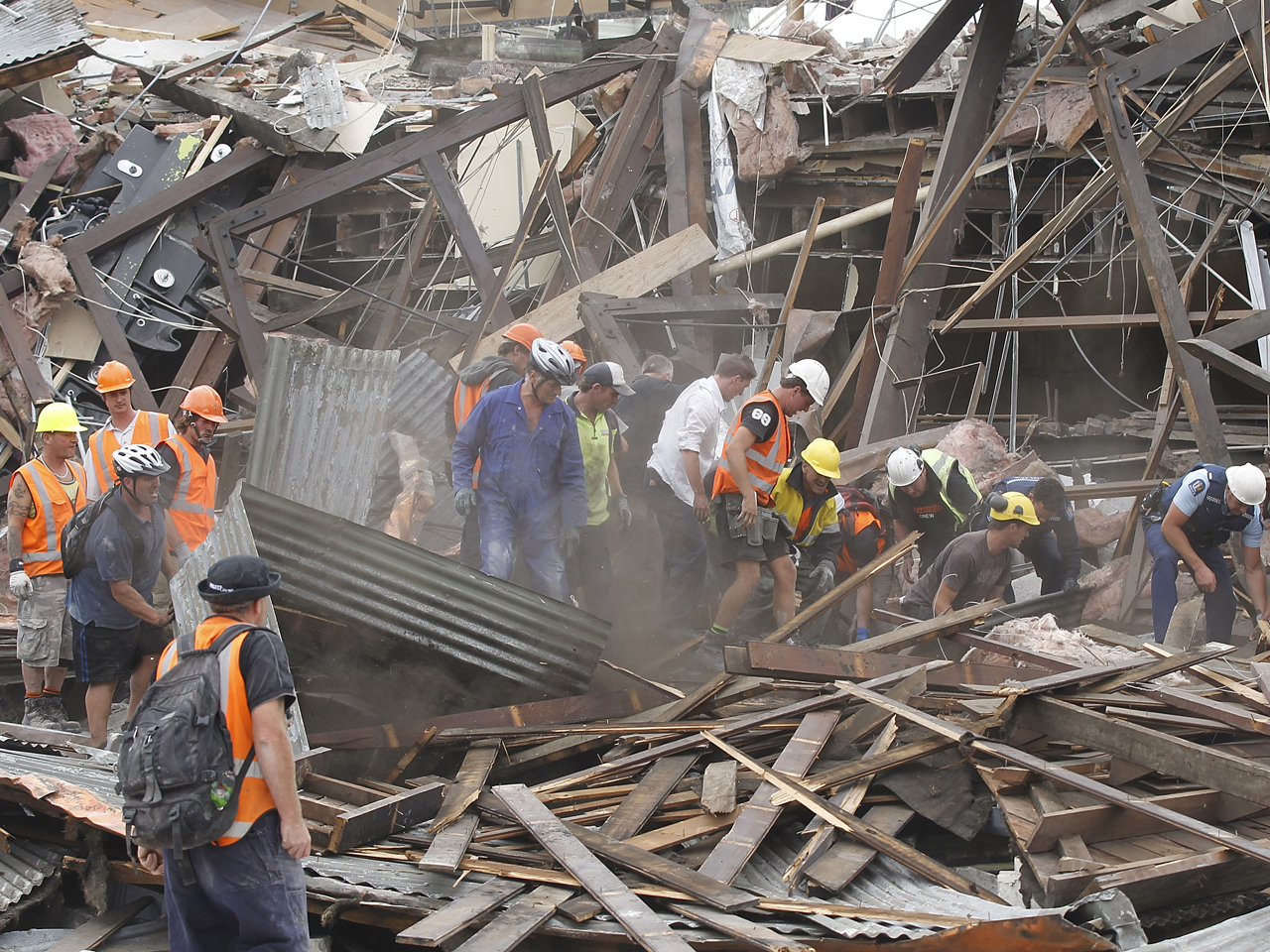 (CBS/AP) CHRISTCHURCH, NEW ZEALAND - At least 65 people died when an earthquake toppled churches and tall buildings in one of New Zealand's biggest cities.

The killer quake - one of the nation's worst natural disasters in decades - even shook a massive chunk of ice from New Zealand's biggest glacier, about 120 miles east of Christchurch, where most of the damage was reported.

More than 100 people were thought to be trapped in the rubble as darkness fell Tuesday night. Rescue crews with sniffer dogs searched for survivors, some of whom sent text messages or made phone calls from under the wreckage.

It was the second major quake to hit Christchurch, a city of 350,000, in five months, though Tuesday's 6.3-magnitude temblor caused more destruction than a stronger September quake.

"It is just a scene of utter devastation," Prime Minister John Key said after rushing to the city. "We may well be witnessing New Zealand's darkest day."

The spire of the city's well-known stone cathedral toppled into a central square, while multistory buildings collapsed in on themselves and streets were strewn with bricks and shattered concrete.

Sidewalks and roads were cracked and split, while thousands of dazed, screaming and crying residents wandered the streets as sirens and car alarms blared. Ambulance services were overwhelmed, and some victims clutching bleedings wounds were carried to private vehicles in makeshift stretchers fashioned from rugs or bits of debris.

Christchurch Mayor Bob Parker declared a state of emergency and ordered people to evacuate the city center. He said it was impossible to say how many people were trapped in the rubble, but that it was estimated to be more than 100.

During hours of chaos in the city, people dug through rubble with their hands to free people trapped. Firefighters climbed ladders to pluck people stranded on roofs to safety. A crane lifted rescuers on a platform to one group of survivors in a high-rise. Plumes of smoke drifted into the air at several points around the city from fires burning in the rubble.

Tour guides at the Tasman Glacier in the Southern Alps say the quake shook 30 million tons of ice to off the glacier, forming icebergs in the lake. The falling ice created waves up to 11-feet (3.5-meters) high, which swept up and down the lake for 30 minutes.

The U.S. Geological Survey said the temblor was centered 3 miles (5 kilometers) from the city at a depth of 2.5 miles (4 kilometers). It was felt across a large part of the South Island, and caused damage in nearby towns. The extent of damage elsewhere wasn't immediately clear.

New Zealand's worst earthquake was one that struck in 1931 at Hawke's Bay on the country's North Island, which killed at least 256 people.