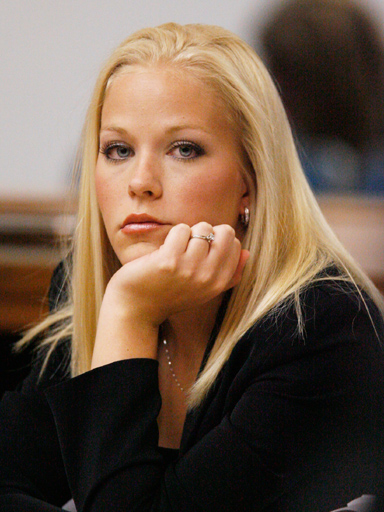 It was the highest-level meeting between the two countries since 2002.

Boucher said they discussed the proposals that each side put forth at an international meeting last week in China. "The discussion was useful to help clarify each side's proposal," he said.

Powell is here to attend the annual summer meeting of Pacific rim foreign ministers. The meeting with Paek, which was not on Powell's schedule, was held shortly after 8 a.m. Friday Jakarta time.

Powell told a news conference Thursday night that North Korea would be wasting its time if it holds out for economic benefits from the United States before showing serious intent to dismantle its nuclear weapons program.

"As we follow the principle of word-for-word and deed-for-deed, we have to see deeds before we are prepared to put something on the table," Powell told a news conference.

The United States and North Korea are part of a six-nation process designed to end the impasse over the communist country's nuclear weapons program. A meeting of the six was held last week in China with no sign of progress toward a solution. The other participants are China, South Korea, Japan and Russia.

Powell, who was joined by more than 15 diplomatic colleagues at the news conference, did not use harsh language in addressing U.S. concerns about North Korea's stance. He added that if North Korea commits itself quickly to disarmament, progress on a comprehensive deal could be swift.

"We don't think that what's been asked for will be very difficult to achieve," Powell said.

A major hang-up is North Korea's continued denial that it is trying to develop a uranium-based nuclear weapon in addition to a plutonium-based weapon that it readily acknowledges.

In Powell's view, it makes no sense to discuss denuclearization of the peninsula if North Korea does not declare all aspects of its nuclear program.

"The solution has to begin with North Korea acknowledging, and be ready to acknowledge, all these nuclear programs that are a concern ... leading ultimately in some subsequent phase to the dismantling and removal of all parts of the program," Powell said.

He said the United States does not want a repeat of the experience growing out of a 1994 U.S.-North Korean agreement designed to ensure that that Pyongyang would not be a nuclear threat.

The Bush administration maintains that North Korea violated the agreement when it secretly initiated a uranium bomb program after 1994. It says North Korea initially conceded the existence of the program during private discussions with U.S. officials two years ago. North Korea insists it does not have a uranium-based program.

In last week's discussions in Beijing, the United States proposed that North Korea agree to a step-by-step dismantling process. In return, it would receive aid and security guarantees. Aid from South Korea and Japan would begin well before any U.S. assistance.

North Korea offered to freeze its nuclear program in exchange for guarantees of abundant energy supplies to overcome acute shortages. The low point of last week's encounter in China occurred when North Korea's delegate raised the possibility that it would show its strength by testing a nuclear weapon.