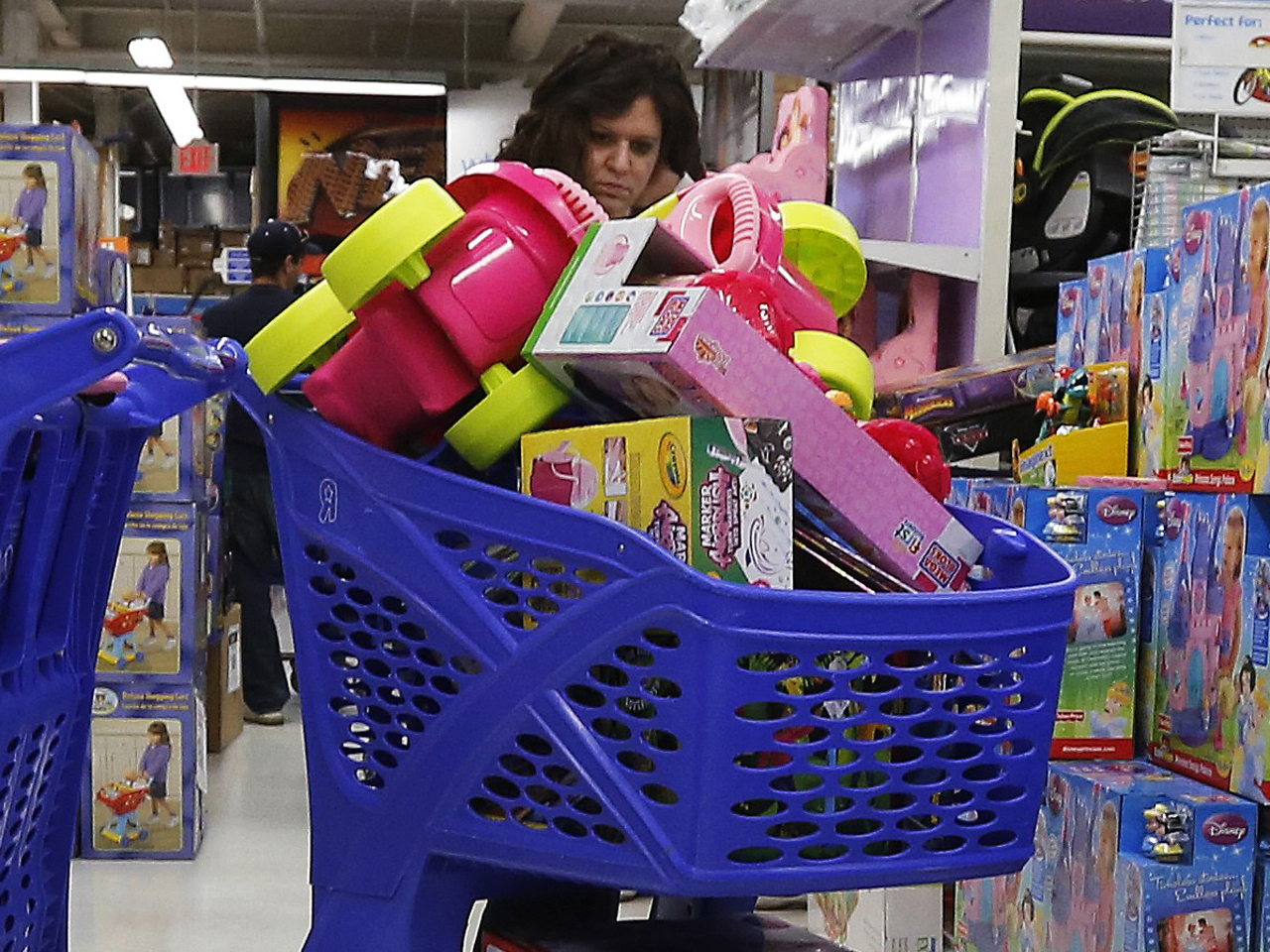 Marine Putman got a taste of holiday craziness a tad early this year. Like, back in the first week of September.

That's when her 8-year-old daughter asked for a Rainbow Loom for Christmas. It was also when Putman learned that the toy, which is used to make rubber-band bracelets, was already out of stock in local stores.

And that's the rub. Concerned about consumer reluctance, many stores are ordering fewer toys, and some are already running out of what may be this year's favorites. That could leave many parents - especially the ones who are putting off shopping - at a loss.

"Manufacturers and retailers used to have plenty of inventory, but that doesn't happen anymore," says Laurie Schacht, co-publisher of The Toy Insider review guide. "They create just enough, so they don't take on too much risk. That means there will be shortages on top items."

Big chains such as Target, Wal-Mart and Toys R Us said they should be sufficiently stocked, but as of November 1, toy shipments from July to November to the United States were down 2 percent, compared with 2012, according to Panjiva, which tracks the data. That follows an almost 10 percent drop in 2012.

"Consumers are shopping later and later, and retailers don't want to be stuck with too much inventory," said Jim Silver, editor-in-chief of TimetoPlayMag.com, a website that reviews children's toys, videogames and books.

Some independent toy stores interviewed by Reuters already are out of some select toys or expect to run out of them before Christmas.

Tons of Toys in Wyckoff, New Jersey, expects a run on Spin Master Ltd.'s Zoomer robotic dog toys and the Disney Doc McStuffins Get Better Check-Up Center, as well as new video game systems like Xbox One and PlayStation4. The Fun-est Toy Store Ever in Ephrata, Pennsylvania, says demand for the Rainbow Loom is "bananas," with lengthy waits for supply and waiting lists whenever product comes in.

Meanwhile the Great Rocky Mountain Toy Co. in Bozeman, Montana, had to turn parents down looking for the Lego Advent calendar, and Toy Market in Hammonton, N.J., says Hog Wild's Atomic Power Poppers have proven the most difficult to keep in stock.

Laurie Schacht, the "Toy Insider Mom," predicts Big Hugs Elmo (he hugs back) from Hasbro will be one of the hottest sellers. So will privately held Spin Master Ltd.'s Flutterbye Fairies (pixie dolls that fly through the air) and Japanese-listed Tomy Co.'s Battroborgs (wirelessly controlled fighting robots).

There are also the inevitable tech gadgets such as the LeapPad Ultra kid-friendly tablet from LeapFrog. Then there are interactive figures like the Infinity line from Disney, Skylanders from Activision Blizzard, and Hasbro's Angry Birds Star Wars Telepods, which kids can teleport into their favorite video games.

Despite such an array of Christmas catnip, analysts so far are very cautious about holiday expectations. Total toy revenues are slated to come in around $21 billion for the year, down 2 percent from last year, according to Gerrick Johnson, vice president of equity research and toy industry analyst for investment bank BMO Capital Markets. And a new Reuters/Ipsos poll found that 30 percent of shoppers expect to spend less on toys this holiday season, while 12 percent will spend more.

"For a lot of reasons, it's not looking like an especially good holiday season," says BMO's Johnson. "People are cutting back and saving money, even more so this year.

It is, after all, difficult to predict in advance which toys in particular will set kids' hearts aflame. That is why retail giant Wal-Mart recently brought in special consultants - a group of 1,000 kids, ages 18 months to 10 years, who will try the stuff out for themselves. That led to its own "Chosen by Kids" top 20 list, including items like Mattel's Sofia the First talking doll.

"It did help with our merchandising decisions," says Wal-Mart spokeswoman Danit Marquardt of the sippy-cup summit. "In some cases it validated what we had already ordered, and in other cases we actually decided to buy more product."

It's inevitable, though, that a few toys will grab kids' attention and become very hard to find this holiday season.

"We have to place our bets early, and every year certain items become more scarce than others," says Lisa Harnisch, Senior VP and General Merchandising Manager for privately held retailer Toys R Us. "But we pride ourselves on having everything in stock. At this point of the year we have trucks going to our stores on a daily basis."

As for Marine Putman, she eventually was able to find a Rainbow Loom online. The irony: The toy has become so popular that it has become a distraction and some primary schools have started to crack down on it.

"It's already been banned from some schoolyards in Brooklyn," says Putman.