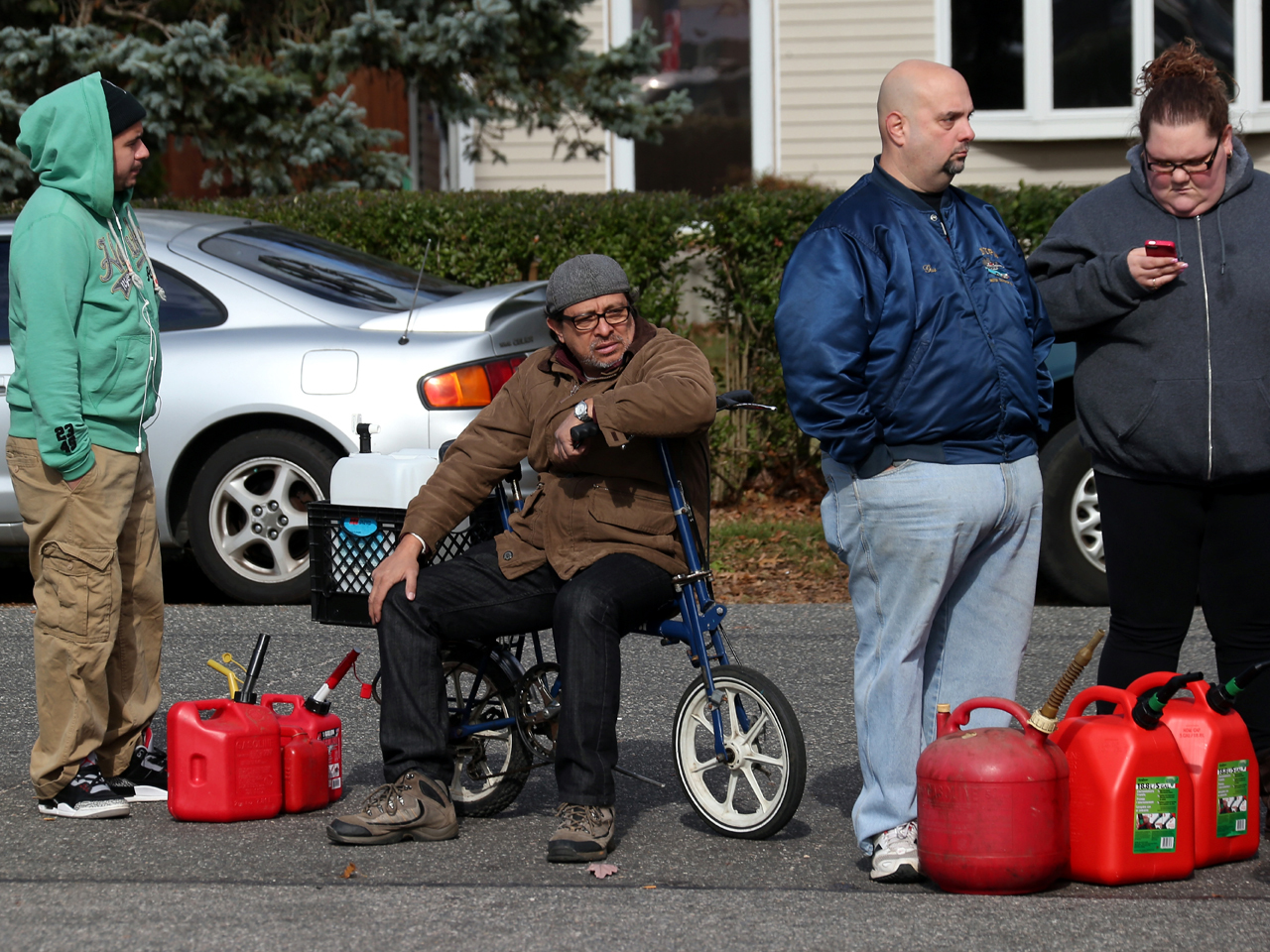 A nor'easter threatening to target the East Coast as it recovers from Superstorm Sandy may be less severe than previously thought but also brings the threat of snow and resulting power outages, reports David Bernard, chief meteorologist for CBS Miami station WFOR-TV.

The coastal storm is expected to be just off Cape Hatteras, N.C., Wednesday morning, Bernard reported on "CBS This Morning" Tuesday. By Wednesday evening, it appears the track of a low pressure system might be a little bit further off the coast, affecting the storm. If that's the case, the strongest winds might stay offshore, but it increases the chance that snow may hit along the corridor of Interstate 95.

As long as that snow is not really strong or heavy, then the effects of the storm might be a little bit less severe than it earlier appeared. However, some areas hit by heavy snow would have to worry about power outages because of the risk of limbs coming down, which could bring down additional utility lines.

In the wake of Sandy, the effects of the storm will be felt even more. There is the risk for re-flooding, increased beach erosion, and further wind damage as the gale-force winds pound the already weakened structures.

As a precaution, New York City Mayor Michael Bloomberg said in a briefing Tuesday city parks, playgrounds and beaches would close on noon Wednesday until noon Thursday. City construction will also halt at noon, and he encouraged residents not to drive after 5 p.m., due to foretasted winds.

New Jersey Gov. Chris Christie also expressed worry over more power outages and more flooding along the badly-damaged Jersey coast, although he believes there won't be a storm surge like there was last week. He said he'll have a more detailed plan after he is briefed on the nor'easter later Tuesday.

More than a million utility customers still have no power due to Sandy, mostly in New York and New Jersey. The Federal Emergency Management Agency said it has already spent nearly $200 million to house people who are homeless because of the storm. And temperatures have fallen into the 30s overnight, adding another layer of misery.

Temperatures will also remain very cold through Thursday because winds will mostly come from the north. Wind chills will be in the 20s. The cold can be dangerous for those who still have no power or heat.

"If you find yourself shivering uncontrollably, or if you see someone who is, or who seems disoriented, these are symptoms of hypothermia, and hypothermia can be deadly," Bloomberg advised. "With those symptoms, people need to get into a warm place very quickly."

Tides up to 3 feet above normal are still likely in spots from the Delmarva Peninsula between Delaware and Maryland to Long Island, N.Y., and southeast New England. Some areas could see additional beach erosion as a result of damage from Sandy.

Winds may also contribute to some problems. The highest gusts will be confined to near the coast, especially Long Island, where gusts over 60 mph may occur. Winds of 40 mph to 50 mph will be likely at times along the I-95 corridor.

The main impacts at the shore will be felt on Wednesday with the potential for rain, gusty winds, tidal flooding, and possible additional power outages.