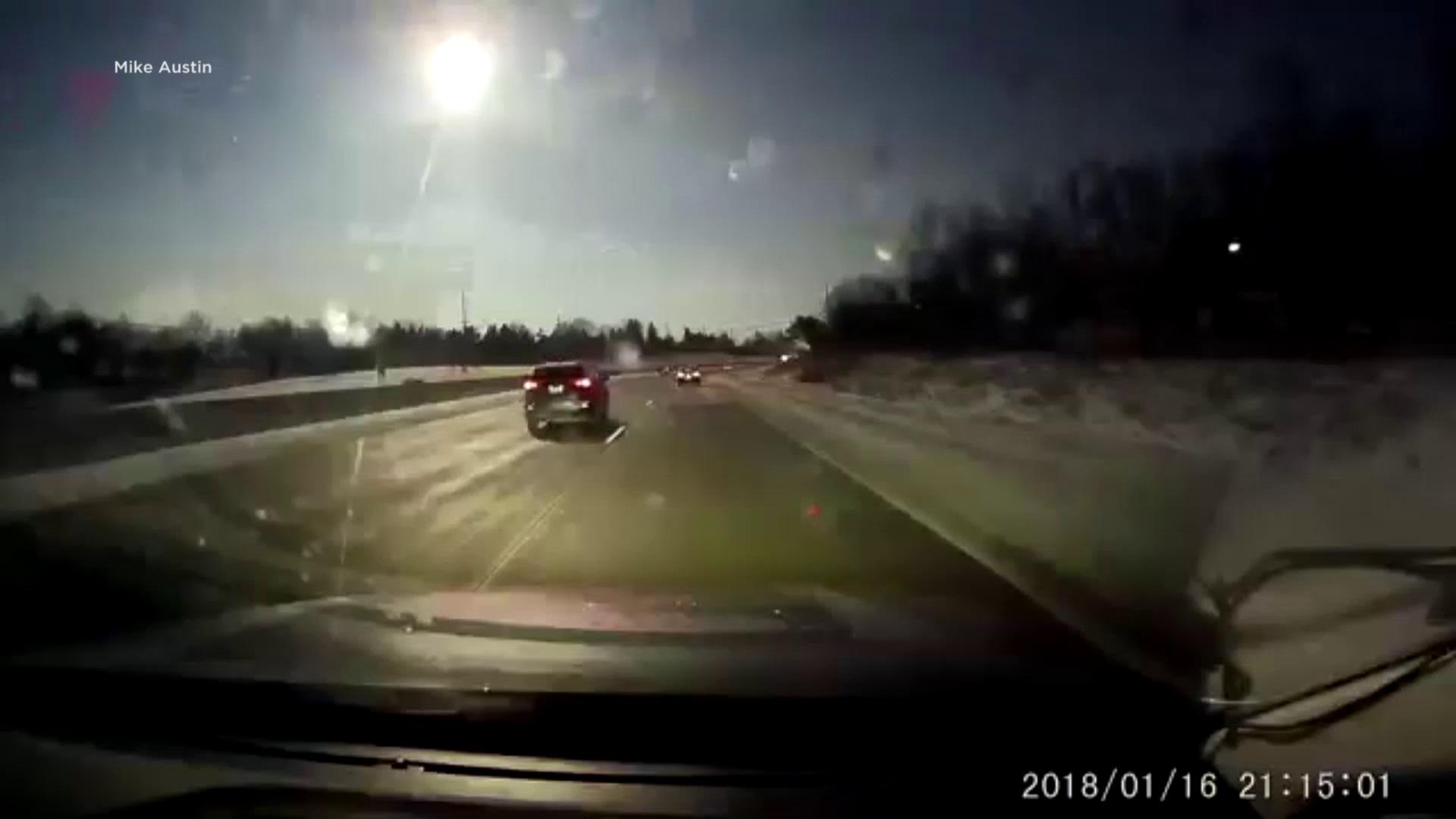 The National Weather Service in Detroit said a flash seen over Michigan and the boom heard was not thunder or lightning -- but instead a likely meteor. According to CBS Detroit, residents have been calling in to report what some describe as a boom or blast heard just after 8 p.m.

"Heard a boom and I kind of thought I felt something -- and my dog freaked out," one caller told the station.

The Ingham County Office of Homeland Security & Emergency Management assured residents, "There is no need to call 911. It's a natural meteor fireball."

According to Michael Narlock, head of astronomy at Cranbrook Institute of Science, it appears to be what's called a Bolide meteor, which tend to be large and explode into pieces when they hit the Earth's atmosphere. He says they can be silent or make a "crackling" sound, as witnesses say this one did.

In addition, a reporter with CBS affiliate WWMT-TV caught this image of the possible meteor:

Through a text alert to residents, Ingham County Emergency Management Update wrote "Multiple sources report that a fireball meteor was seen over the county earlier this evening. While many also reported an explosion, there is no indication that anything landed on the ground or caused damage. Most likely it was the boom of the meteor breaking apart. And that there is no need to call 911."

Narlock said that this incident has some similarities to the meteor that was seen over Russia in 2013. In that case, the meteor that slammed into the atmosphere over the Siberian city of Chelyabinsk caused significant damage, with a shock wave that was estimated to be as strong as 20 Hiroshima atomic bombs. More than 1,000 people were reported injured and thousands of windows shattered. Several large chunks of space rock that survived the impact were later recovered.