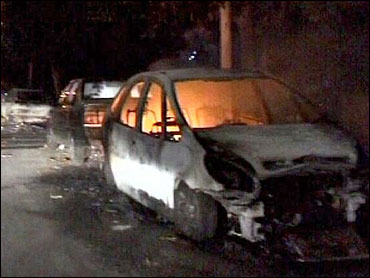 Thousands of aliens crossing our 2,000-mile border from an impoverished Mexico reflect a much larger global one-way traffic problem.

In Germany, Turkish workers — both legal and illegal — are desperate to find either permanent residence or citizenship.

"Londonistan" is slang for a new London of thousands of unassimilated Pakistani nationals.

In France, there were riots in 2005 because many children of North African immigrants are unemployed — and unhappy.

Albanians flock to Greece to do farm work — and then are regularly deported for doing so illegally.

So why do millions of these border-crossers head to Europe, the United States or elsewhere in the West?

As people in the West live longer and enjoy longer retirements, service and health-care industries strive to meet their ever-increasing needs. Meanwhile, younger adults often rely on others to clean their homes, change their infants' diapers and take care of their elderly parents.

As a rule in the West, the more calluses on your hand, the less money you make. So Americans and Europeans do their best to get a desk job. But an immigrant may feel that washing clothes or busing tables is still better than doing the same thing back in Oaxaca or Ankara. A few immigrants do flee persecution or prosecution, but the vast majority just seek jobs — but for low wages that Americans or Europeans won't accept.

Still, given the social costs of illegal immigration, this is not a "win-win" situation of hooking up our available jobs with their available workers. Instead, it too often turns into a sort of cultural apartheid, where both unassimilated foreign workers and Western citizens are resentful of each other.

Employers may console themselves that they pay better than what the immigrants earned back at home. This might be true, but the wages are never enough to allow such newcomers to achieve parity with their hosts.

Naturally, immigrants soon get angry. And rather than showing thanks for a ticket out of the slums of Mexico City or Tunis, blatant hypocrisy can follow: The once thankful, but now exhausted, alien may wave the flag of the country he would never return to while shunning the culture of the host county he would never leave.

In the second generation — as we see from riots in France or gangs in Los Angeles — things can get even worse.

The moment illegal immigrants arrive, a sort of race begins: Can these newcomers become legal, speak the host language, and get educated before they age, get hurt or lose their job? If so, then they assimilate and their children are held up as models of diversity. If not, the end of the story can be welfare or jail.

Hypocrisy abounds on all sides. Free-marketers claim they must have cheap workers to stay competitive. Yet they also count on public subsidies to take care of their former employees when old, sick, or in trouble.

Governments in countries such as Mexico and Morocco usually care far more about their emigrants once they are long gone. Then these poor are no longer volatile proof of their own failures, but victims of some wealthy foreign government's indifference. And these pawns usually send cash home.

The lower middle classes complain most about massive immigration, but then they have to compete with aliens for jobs, often live among them and don't use their services. The wealthier, who hire immigrants for low wages and see them only at work, often think mass immigration, even if illegal, is wonderful.

The lasting solution is not the status quo — or even walls, fines, deportation, amnesty, or guest-worker programs. Instead, failed societies in Latin America, Africa and much of the Middle East must encourage family planning and get smarter about using their plentiful natural wealth to keep more of their own people home.

The remedy for the richer West?

It is past time to remember that paying our own poorer laborers more, doing some occasional physical work and obeying the laws — the immigration ones especially — are not icky or a bummer. Rather, this is the more ethical and, in the long run, cheaper approach.

There is a final irony. The more Western elites ignore their own laws, allow unassimilated ethnic ghettos, and profit from an exploitive labor market, the more their own nations will begin to resemble the very places immigrants fled from.